Ethical Hacking is compromising computer systems for assessing their security and acting in good faith by informing the vulnerable party. Ethical hacking is a key skill for many job roles related to securing the online assets of an organization. The professionals working on these job roles maintain the organization’s computers, servers and other components of its infrastructure in working conditions preventing unauthorized access through non-physical channels. 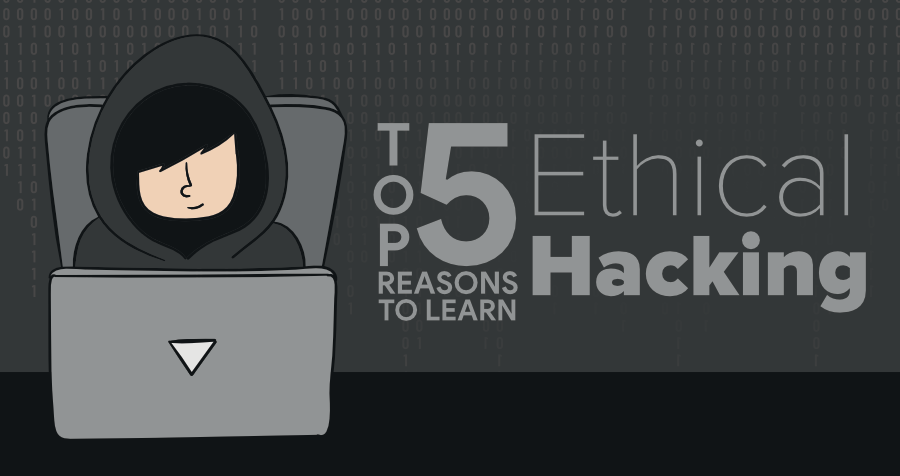 If you are a student or a budding IT professional, you might be thinking about learning ethical hacking as a career option. In this article, we will tell you how you might be thinking just right. The reasons are evaluated on the parameters of earning, future scope, social status, self-satisfaction, and intellectual growth.

Cyber Security professionals get a much higher median salary than their counterparts in the field of computer science. This is for the simple reason that protecting what’s built online against cyber attacks is essential to the company’s growth and sustainability. A cyber attack can not only cost in terms of immediate damage to the systems and finances but also terms of user trust. For these reasons, companies pay decent salaries to their cyber warriors. For this reason, companies pay a decent starting salary with an average hike of 50% per year according to Simplilearn, an ed-tech firm.

Cybersecurity as a profession has not received much enthusiasm until in very recent years(2016+). The main reason for this is considered the fact that companies tend to underestimate the criticality of their internet-facing systems. Things changed after a series of massive cyberattacks on large companies that were responsible for running many websites by providing hosting, cloud storage, and other services. Due to this trend, there is a wide gap between the sudden need for highly skilled professionals and a few number of such professionals. In India, there are 30, 000 cybersecurity posts currently unfilled, according to Economic Times. The gap is almost the same at the global level too. The global market of cybersecurity is expected to grow to $35 billion by 2025.

3. Help in Creating a Secure Internet for All

Not all the cyber attacks require complex exploits. Some require finding a gullible person and luring them into giving up their credentials. Phishing is a highly used technique for this purpose. It is very likely that one or more such attempts of phishing were made on you too(You might have seen some shady emails about winning a grand sum of money or some refugee having trouble in managing millions of dollars), but since you were smart, you didn’t fall for those. (You didn’t right?). A basic understanding of how cyber attacks work and how one can be safe online can be the key to preventing such frauds. This is why everyone should learn about basic ethical hacking principles and tools.

4. One Can Become a National Asset

Cybersecurity professionals will be the soldiers of future warfare which will be primarily about securing own online systems and destroying enemies’. Since almost every device, even the ones with the highest criticality will be connected to some network. Cyberwarfare goes on even during times of no apparent tension among countries. Country A may try to use its skilled hackers to:

As a cybersecurity professional, you will be useful in the prevention of your national assets and reputation from jeopardy.

5. Good to Learn Something New

One needs to learn a variety of things before they can think of learning ethical hacking. Programming, scripting, computer networking, web technologies, cryptography, etc. are some of the subjects to be mastered before expecting a decent and smooth introduction to ethical hacking. Being an active cybersecurity professional also requires staying updated on newly discovered vulnerabilities, their exploitation, and mitigation, new frameworks, new attack techniques, new bypasses to previous mitigations, etc. This is as pleasantly challenging as it sounds.