Artificial Intelligence is the golden world in modern times! All top companies like Google, Apple, Facebook, Amazon, Microsoft, etc. are heavily investing in AI research and development and that doesn’t even include all the new AI startups that have sprung up!!! And this trend is only set to increase even more in the future with the AI industry estimated to reach 118 Billion dollars in 2025. 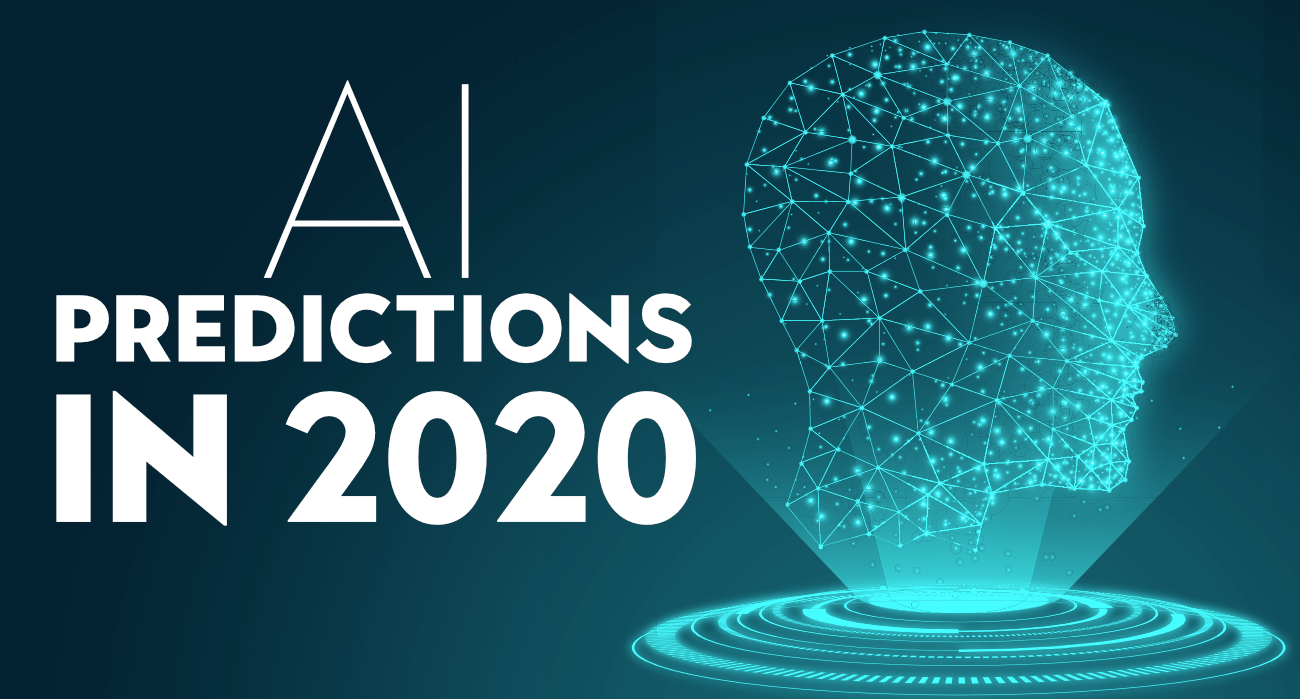 However, there is a flip side to this AI coin. As stated by Stephen Hawking, “Artificial Intelligence likely the best or worst thing to happen to humanity”. And that’s yet to be seen! It is very difficult to predict how AI technology will develop in the future and if it will ever become fully aware like human beings. However, what we can predict is how AI will develop in the coming year and what new applications will become more common in society. So let’s see the Top 5 Artificial Intelligence Predictions in 2020 now!

Currently, humans are the most dominant species on the planet but what if they could be enhanced even more using technology? This is what human augmentation is trying to do! Human augmentation can be purely in the physical by increasing their capabilities using various gadgets. Or they can be much more mental like trying to sync the human brain with various technologies. That is obviously much more difficult!!! An example of physical human augmentation is powered armor that can increase human strength and endurance. Imagine something like the Iron Man suit only less complex! As for mental human augmentation, Elon Musk’s company Neuralink in experimenting on connecting the brain to artificial intelligence so that you can become a human-robot hybrid! Currently, Neuralink is working on a device that can implant very thin electrode threads into the brain to read thoughts directly from there.

In the future, it could be difficult for humans to understand what is real and what only appears to be real! This can be done using technologies like Virtual Reality (VR), Augmented Reality (AR) and mixed reality (MR) which can provide multi-dimensional experiences that were never seen before! This means that people can experience interactions with technology that are multi-sensory in nature. For example, the IKEA mobile app is an excellent demonstration of augmented reality. You can select anything from the IKEA catalog using the app and see how it looks in your home virtually. Then you can decide if you want to buy it. Hence, the rise of multi-experience means that technology is becoming more accessible so that normal humans can easily use it. This is in contrast to earlier times when humans had to be a lot more tech-savvy to utilize technology fully.

While artificial intelligence is becoming more and more popular, nobody knows how far it can actually develop! While some people believe that artificial intelligence will become fully aware and a super-species, others think this is not possible and AI will just support humans in the future. But still, there are many ethical problems relating to artificial intelligence that companies are tackling in present times. One very real problem is that AI should have no bias against other religions, genders, nationalities, etc. as humans do. There are many companies that are working towards creating unbiased AI systems such as IBM Research. Also, as robots become more and more intelligent, what rights should be given to them. Should they be treated like machines or actual citizens of a country? Another danger because of AI that needs to be addressed is the loss of jobs for humans. Some people believe that many jobs will be created because of AI that will balance the scales while others think that AI could increase the gap between the rich and poor even further.

With the rise of robots, there is certainly a rise in automation. And now this trend has escalated in 2020 in the form of Hyperautomation. But are you wondering “What is Automation, let alone Hyperautomation”?!! Simply put, automation is the technology by which work is done by machines with very little(or zero) human help. But Hyperautomation goes even beyond that. It is the capacity of machines to use machine learning along with various automation tools to become even more independent. This means that Hyperautomation makes use of a partnership between humans and machines to train the automation tools so that they can make independent decisions using artificial intelligence and do tasks that only humans could do before. The rise of Hyperautomation was increased by Robotic process automation which is a productivity tool used in business. It was estimated that the software revenue from RPA would reach $1.3 Billion in 2019 itself.