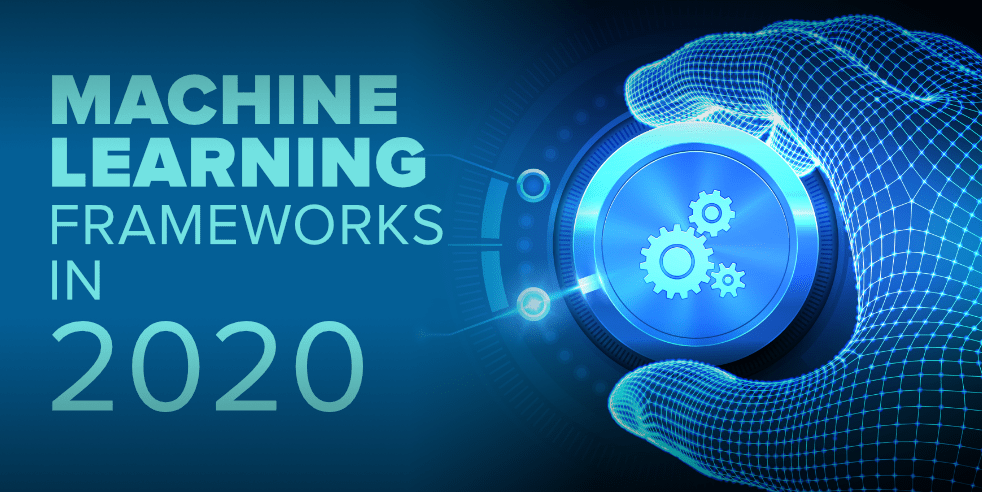 TensorFlow is a free end-to-end open-source platform that has a wide variety of tools, libraries, and resources for Machine Learning. It was developed by the Google Brain team and initially released on November 9, 2015. You can easily build and train Machine Learning models with high-level API’s such as Keras using TensorFlow. It also provides multiple levels of abstraction so you can choose the option you need for your model.

TensorFlow also allows you to deploy Machine Learning models anywhere such as the cloud, browser, or your own device. You should use TensorFlow Extended (TFX) if you want the full experience, TensorFlow Lite if you want usage on mobile devices, and TensorFlow.js if you want to train and deploy models in JavaScript environments. TensorFlow is available for Python and C APIs and also for C++, Java, JavaScript, Go, Swift, etc. but without an API backward compatibility guarantee. Third-party packages are also available for MATLAB, C#, Julia, Scala, R, Rust, etc.

Theano is an open-source project that is a Python library that allows you to manipulate and evaluate mathematical expressions, especially those that handle multidimensional arrays. It was developed by the Montreal Institute for Learning Algorithms (MILA) at the University of Montreal and initially released in 2007. Theano also provides integration facilities with NumPy by using numpy.ndarray in functions that can be compiled to run efficiently on either CPU or GPU architectures.

Theano also provides dynamic C code generation which evaluates expressions faster. Theano uses recent GPU’s to even surpass the speed of C on a CPU by many levels. In addition to this, it combines shades of a computer algebra system (CAS) with an optimizing compiler. This means that operations in which complex mathematical expressions need to be repeatedly evaluated can be performed much faster by minimizing the amount of compilation overhead.

Scikit-learn is a free software library for Machine Learning coding primarily in the Python programming language. It was initially developed as a Google Summer of Code project by David Cournapeau and originally released in June 2007. Scikit-learn is built on top of other Python libraries like NumPy, SciPy, Matplotlib, Pandas, etc. and so it provides full interoperability with these libraries.

CAFFE (Convolutional Architecture for Fast Feature Embedding) was originally developed at the Berkeley Vision and Learning Center at the University of California and released on 18 April 2017. It is a deep learning framework written in C++ that has an expression architecture easily allowing you to switch between the CPU and GPU. Caffe also has a MATLAB and Python interface and Yahoo has also combined Apache Spark with Caffe to create CaffeOnSpark.

Caffe is the perfect framework for image classification and segmentation as it supports various GPU- and CPU-based libraries such as NVIDIA, cuDNN, Intel MKL, etc. And the more said about its speed the better! Caffe can currently process over 60M images in a day with a single NVIDIA K40 GPU which makes it one of the fastest options today. Because of all these reasons, Caffe is extremely popular in startups, academic research projects, and even multinational industrial applications in the domains of computer vision, speech, and multimedia.

Apache Mahout is a free Machine Learning framework that is mainly focused on Linear Algebra. It was created by the Apache Software Foundation and released on 7 April 2009. It allows data scientists to implement their mathematical algorithms in an interactive environment. Earlier, most implementations of Apache Mahout used the Apache Hadoop platform.

The core algorithms for clustering, classification, and batch based collaborative filtering in Apache Mahout use Apache Hadoop but these days primarily Apache Spark is used. Apache Mahout provides a distributed linear algebra and statistical engine for Data Scientists and mathematicians. It works and distributes alongside an interactive shell plus a library to link the application.

Apache Spark is an open-source cluster-computing framework that can provide programming interfaces for entire clusters. It was developed at Berkeley’s AMPLab at the University of California and initially released on May 26, 2014. Spark Core is the foundation of Apache Spark which is centered on RDD abstraction. Spark SQL uses DataFrames to provide support for structured and semi-structured data.

Apache Spark is also highly adaptable and it can be run on a standalone cluster mode or on Hadoop YARN, EC2, Mesos, Kubernetes, etc. You can also access data from various sources like the Hadoop Distributed File System, or non-relational databases like Apache Cassandra, Apache HBase, Apache Hive, etc.

Pytorch is a Machine Learning library that is based on the earlier open-source Torch library, It was initially released in October 2016 and is in primary use now that Torch is not actively in development anymore. PyTorch provides TorchScript, which facilitates a seamless transition between the eager mode and graph mode. Moreover, the torch.distributed backend provides scalable distributed training for Machine Learning and optimized performance.

PyTorch also provides multiple libraries like Captum for model interpretability, PyTorch Geometric for Deep Learning on graphs, skorch for scikit-learn compatibility, etc. And you can also join PyTorchDiscuss to take part in various discussions in order to learn more deeply about Machine Learning.

The Amazon SageMaker Autopilot also has an automated machine learning capability that allows you to do all this automatically. Amazon SageMaker also allows you to create Machine Learning algorithms from scratch because of its connections to TensorFlow and Apache MXNet. You can also connect your ML models to other Amazon Web Services such as AWS Batch for offline batch processing, Amazon DynamoDB database, etc.

Accord.NET is a Machine Learning framework that is completely written in C#. It was developed by César Roberto de Souza and was initially released on May 20, 2010. Accord.NET provides coverage on various topics like statistics, machine learning, artificial neural networks with various Machine learning algorithms like Classification, Regression, Clustering etc. along with audio and image processing libraries.

Accord.NET libraries are available as source code, executable installers as well as NuGet packages. (Wherein NuGet is a free and open-source package manager that was created for the Microsoft development platform)

Microsoft Cognitive Toolkit is a Machine Learning or specifically, Deep Learning framework that was developed by Microsoft Research and initially released on 25 January 2016. You can easily develop popular deep learning models such as feed-forward DNNs, convolutional neural networks and recurrent neural networks using the Microsoft Cognitive Toolkit. This toolkit uses multiple GPUs and servers providing parallelization across the backend.

You can use the Microsoft Cognitive Toolkit in a customizable manner as per your requirements with your metrics, networks, and algorithms. You can use it as a library in your Python, C++, or C# programs or you can use BrainScript, it’s own model description language