Tips to Make a Career as a Game Developer

If you’re someone who likes to play games on PC or Mobile then you definitely would’ve thought of making a game of your own, right…?? Indeed, Game development has been the most interesting field for everyone (especially those who play games). And the advancement in technology and the availability of various advanced software & platforms have made it even easier to learn game development. Here, in this article, we’ll take a look at several crucial aspects that you need to follow to pursue your journey in game development. 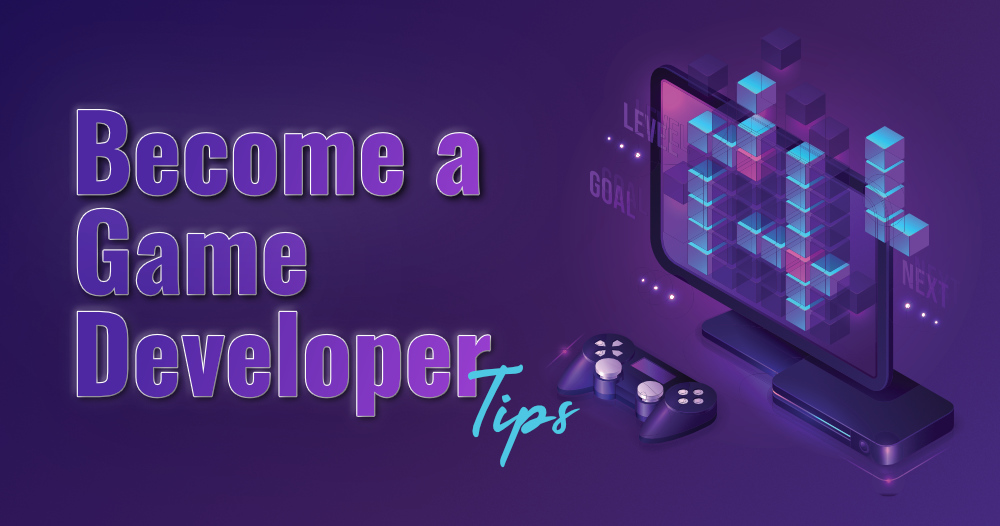 Who doesn’t like playing games and it’s not getting out of demand any time soon, hence undoubtedly there’s a good career in it. Moreover, Game development is very exciting and you can make almost any type of game like Open world, Role Playing, Arcade, Action, Racing, and many more, once you’ll get proficient with the game development domain.

Let’s take a look at step-by-step approaches to become a Game Developer:

To get started with game development the first thing you would need is a Game Engine. You can choose any of the game development engines as per your convenience, though the most popular ones are the Unity and Unreal Engine. Though you can choose any one of them, as a beginner, you would be suggested going for Unity as it uses C# as its primary language which is a high-level language and very similar to JAVA. Meanwhile, Unreal uses C++ and the user interface of unity is also good. Although the User interface of the latest edition of Unreal is built to be easier and more comparable with that of Unity, it’s still a bit difficult to grasp and become familiarized with.

To learn Unity or any other game engine, you can opt for several worthwhile online tutorials and can just follow the official documentation. Also, you don’t have to learn everything that unity offers in one go as you will learn most of its features while building your own games. You can get started with unity in one week or give it more time if you want but don’t try to know everything before you actually start to work.

Till now, you’ve only played with the Unity user interface. Although you can do a lot of things with just that, if you want to add any logic to your game, you would need scripting which you can do with a language such as C# for Unity or C++ for Unreal Engine. If you want to add smoothness to your game and add certain animations and trigger them after the user does something or crosses a certain area in your game, you can do it all with C# in Unity. Sometimes you need to add fog or dust in the air, in your game which can be done using unity’s particle system but to time it where should it happen, when should it happen, this is done with C#.

Furthermore, there is no need to be a master of C# or C++, you’re only required to learn the fundamentals of these languages to get started with game development. However, by the time, you can opt to learn the languages in-depth to develop games with more advanced features.

3. Work on the Designing Aspects

Now, as you are familiar with Unity and c#, you can start making games. But right now your game may not look very attractive. To make it look attractive and amazing and to add more things to your game you will need assets. A Unity asset is just an item that you can use in your game or Project. An asset may be a file created outside of Unity, such as a 3D model, an audio file, an image, or any of the other types of files that Unity supports.

Unity has a lot of free assets available at the Unity Asset Store. They are quite good, and they will fulfill most of your requirements but if you want to make your game more authentic and add something new that is in your mind, you have to create it on your own. This will be the designing part – ideally, you would have someone in your team who is a designer but it’s good to have the basic knowledge on your own.

To design new assets for your game you will need Blender. Blender is just a free and open-source 3D computer graphics software used for creating animated films, visual effects, art, 3D printed models, motion graphics, interactive 3D applications, virtual reality, and computer games. You can create your players for the game. If you are making a 2D mobile game or a 2D arcade game then you can also use Inkscape. Inkscape is another free and open-source software used to create vector images, primarily in Scalable Vector Graphics format. Also, it is easy to use and very useful in creating 2d graphics.

4. Integrate all the above-mentioned steps

The last and final step is to actually make a game and deploy it so anybody can play it. Because if you don’t deploy your game, you will never know if people like it or not. If you did the above steps, then by now you will know everything you have to know to make an actual game. Of course, there are a lot of other things that you still do not know but the best way to learn now is to actually make something of your own.

Just creating a clone of a game is also good. Choose any classic game like Pong, Tetris, or Flappy Bird and try to create the same stuff. Add new features in this game that you want. There is nothing wrong with making a clone of a known game for learning purposes if you do not present it as your own work or commercially benefit it.

You can also make something new and different. Use Blender and make a character of your choice, make some enemies, and make an environment to play the game. Import all of this into unity. Give them animations, use particle effects of unity, do anything, and everything that you want your game to be. This doesn’t have to be a big game, just make something that you can show to your friends and family.

My Personal Notes arrow_drop_up
Previous
Bulk Posting on Facebook Pages using Selenium
Next
MAKETIME() Function in MySQL
Recommended Articles
Page :
5 Tips to Make a Career as a Linux Kernel Developer
09, Sep 20
7 Tips to Make a Smooth Career Transition to Data Science
06, Aug 21
Tips for restarting career after a break
12, Oct 18
Tips For an Indie Game Developer
26, Nov 19
Do You Want to Make Career in Networking?
06, Feb 20
How to Make a Perfect Career When You Have No Idea what to Pursue?
18, Jul 20
How to Make a Career in Cloud Computing?
04, Aug 20
How to Make a Career in Ethical Hacking?
10, Jul 20
How to Make a Career in Automation Testing?
30, Nov 20
Career Opportunities in Big Data
04, Sep 15
How can You Boost Your Career to the Next Level?
21, Apr 20
UI vs UX Design : Which Career Option Should You Choose?
07, Jun 19
Career Paths For Software Developers and Programmers in 2019
19, Jul 19
Top Career Paths in Machine Learning
13, Jun 19
An Introduction to Freelancing: The Career Choice for Modern Millennials
26, Jul 19
Switch Your Career to Machine Learning - A Complete Guide
17, Nov 19
Top 5 Career Domains in Networking
02, Mar 20
10 Reasons to Choose MBA as Your Career
08, Mar 20
Career Opportunities for B.Tech Graduates in Defense Forces
13, May 20
CISM Certification: An Ideal Way to Pursue an Honourable Career
09, May 20
How to Start a Career in Software Testing - A Complete Guide!
10, Jul 20
5 Most-Recommended Career Fields in Computer Science
29, Aug 20
How to Switch your Career From IT to Data Science?
31, Jan 21
7 Most In-Demand and Well-Paying Career Options For 2021
17, Dec 20
Article Contributed By :