Timelines are often used in user interfaces to illustrate a step-by-step procedure. It can describe to the user which stage of the process they currently are and what the further tasks are. Material UI labs module provide a Timeline component along with some other utility components to make this very easy to include in our React app.

As an example, we’ll create a Stages component that illustrates the different stages an Article at GeeksforGeeks goes through in form of a Timeline. Create a file stages.js in the src folder where we’ll define this component. 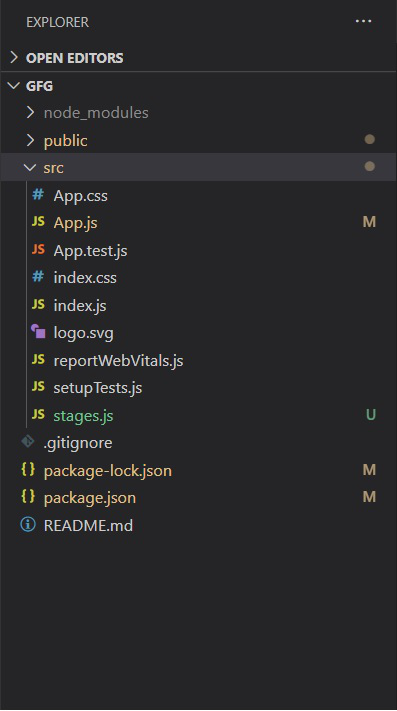 The Timeline component in Material UI labs displays items in chronological order and gives the developers freedom to alter how it’s displayed up to some extent. It has some useful props: