Time Series Analysis is a way of analysing and learning the behaviour of datasets over a period. Moreover, it helps in learning the behavior of the dataset by plotting the time series object on the graph. In R programming, it can be easily performed by using ts() function that takes the data vector and converts it into time series object as specified in function parameters.

Facebook Prophet is a tool developed by Facebook for forecasting time series objects or data. It helps businesses to learn the behavior of their products by forecasting prices, sales, or weather. Facebook Prophet tool is based on decomposable model i.e., trend, seasonality and holidays that helps in making more accurate predictive models with these constraints. It is much better than the ARIMA model as it helps in tuning and adjusting the input parameters.

In the example below, let us download the dataset AirPassengers and perform the forecasting of the dataset using the Facebook Prophet model. After executing the whole code, the model will show the forecasted values with the trend and seasonality of the business.

Step 4: Call the prophet function to fit the model 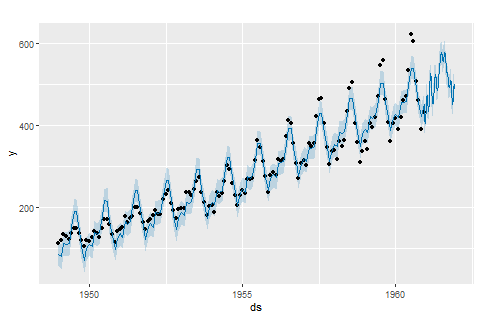 Above graph shows the forecasted values of AirPassengers where, Black dots refers to the original data, Dark blue line refers to the predicted value(yhat), and Light blue area indicates the yhat_upper and yhat_lower value. 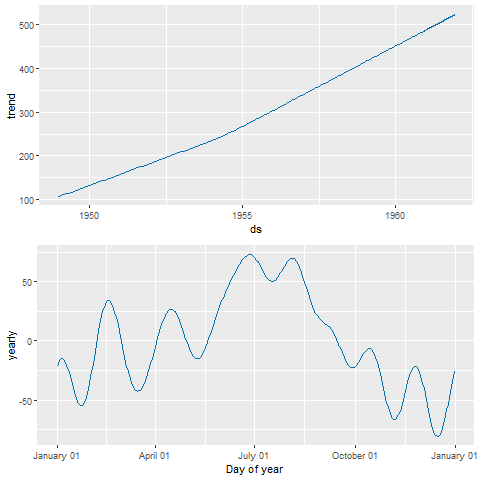