What is the OSI Model?
OSI is an acronym for Open Systems Interconnection. The International Organization for Standardization (ISO) created the OSI model (ISO). It’s a model for how applications communicate over the internet. In order to facilitate interoperability between diverse devices and applications, the OSI model describes computing functions into a universal set of rules and standards.
The OSI model can be thought of as a universal computer networking language. It is built on the divide-and-conquer concept, and it divides the communication system into seven abstract layers, each of which is layered on top of the previous layer.
The OSI is made up of seven levels, each of which performs a different network function. The OSI model breaks down the process into seven smaller, more achievable steps.
Each layer is given a certain task. Each layer is self-contained, allowing each layer’s tasks to be completed individually.
The OSI model is divided into seven layers. –

What is the TCP/ IP Model? 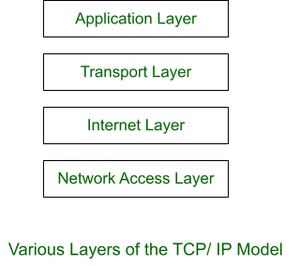 TCP/IP is an acronym for Transmission Control Protocol/ Internet Protocol. The OSI Model we just looked at is merely a logical/reference model. It was created to define the communication system’s functions by breaking down the communication process into smaller, more manageable components.
However, the TCP/IP concept, which is based on standard protocols, was designed and developed by the Department of Defense (DoD) in the 1960s. TCP/IP is a simplified version of the OSI model. It has four layers, as opposed to the OSI model’s seven. The layers are as follows:

Why do we still use the OSI Model?
When it comes to security, practitioners must keep a number of things in mind. Within a networking stack, the OSI (Open Systems Interconnection) architecture provides the principles needed to manage both technical concerns and risks.
Despite the fact that information security is changing to a cloud-first environment, the OSI model remains relevant. The following are the reasons why the OSI Model remains to be relevant:-

With this in mind, it may be worthwhile to examine your own cloud architecture and determine whether designing a modified OSI model for your surroundings might enhance your security program.

The Open System Interconnection (OSI) paradigm has established a uniform vocabulary for networking conversations and documentation. This allows you to dissect and evaluate the components of a complex communication process. While this paradigm is not directly implemented in today’s TCP/IP networks, it is a useful conceptual model for relating multiple technologies to one another and implementing the appropriate technology in the appropriate way.

It provides a shared basis for the coordination of standards development for the goal of systems interconnection while allowing current standards to be placed into context within the overall reference model.  The approach can be used to design new standards as well as to think about existing ones. We can think about our network in chunks or layers using the OSI paradigm. You may concentrate on securing, optimizing, and troubleshooting each layer separately.

Understanding the Layers of the OSI Model : 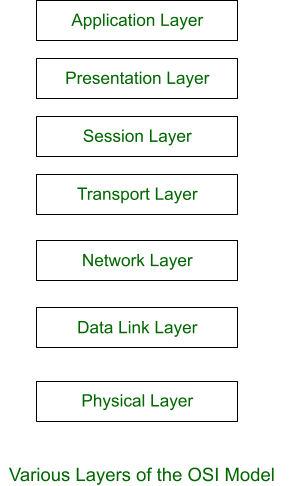 2. Data Link Layer –
The data link layer is in charge of message transport from node to node. The major purpose of this layer is to ensure that data transfers from one node to another through the physical layer are error-free. It is DLL’s responsibility to transmit a packet to the Host using its MAC address when it comes to a network.

The following are the functions of the data link layer –

3. Network Layer –
The network layer is responsible for data transmission between hosts on different networks. It also handles packet routing, which is the choosing of the shortest route to send a packet from a large number of options. The network layer places the IP addresses of the sender and receiver in the header.
The following are the functions of the network layer –

The following are the functions of the transport layer –

5. Session Layer –
This layer is in charge of establishing connections, maintaining sessions, authenticating users, and ensuring security.
The following are the functions of the session layer –

Conclusion :
Abstraction is possible with the OSI layered model (as explained). The higher layers are not required to understand how the lower layers perform their duties.

Furthermore, the lower layers are not required to understand what the upper layers are doing with the fruits of the lower layers’ labor. Because of this abstraction, you can communicate on the Internet using the same web browser and HTTP protocol, regardless of whether the lower-layer connection is a dial-up modem, a high-speed Internet connection, or something in between.

The speed or performance that results will undoubtedly differ, but the functionality will not. Thus, OSI is still relevant in today’s world as it provides for the basic concepts in networking.