The State of Software Engineering – Past, Present and Future!

Software Engineering in today’s world is the job of dreams. With high salary packages, great demand and lesser skilled supply, convenient work hours, and the infinite amount of resources – it sort of entails the entire package. It ticks all the checkboxes for a dream career, but ever wondered how and why this great demand exists? (if you think it is only because of the internet and growth of technology…well that is only a very small part of it) Read on and you will get to know it all.

A Bit of History

Before we begin as to why software is the most lucrative career option today, we must know a little bit of the history of the field of engineering as a whole. We won’t go long back and bore you with all the ancient stuff…just the very basics to let you know how it all began. So basically after the introduction of the first engine (James Watt’s steam engine: 1763), the industrial revolution began. It was a period of drastic change where all the handicrafts and agricultural economies adapted the factory systems. This involved large scale mechanized manufacturing. The work of laborers and hand artists shifted to machines. This was when the engineering field had a massive requirement. This was basically the start of engineering (what is now known as mechanical engineering). The engineering field rose as long as the European countries annexed the world. Then around the mid-1800s, the field saw a breakage into three fields: Mechanical, Civil, and Electrical. Skipping a hundred years these fields had a massive upsurge during the world wars where newer technology in weapons, transport, and armor were the need of the hour.

Coming to the Indian Context. Mechanical, Civil, and Electrical engineering fields were the hottest fields post-independence and the country saw stable growth in these fields with the rise of prestigious institutions and growth of industries. After the demand was met the country started to generate a surplus of mechanical civil and electrical engineers. After the independence, since most of the mills remained in India after partition, around 1960 India saw growth in the requirement of Textile engineers. This was when the field further broke down and culminated into a new different stream known as textile engineering. Textile engineering also grew for a while after which the supply met and eventually outgrew the demand. The same went for production, industrial, and instrumentation.

Inevitably every engineering field started with a great demand which the supply caught up to and eventually outgrew. We can also blame automation for this trend. Most of the fields saw rapid automation. This trend has been seen with almost every stream of engineering.

The tech industry was growing parallel to all these industries with the tech giants like IBM, Motorola, Apple, and Microsoft running the show. But then came the next part.

During this period company valuations skyrocketed and losing money was sort of a birthright of every company. All this fell apart really fast as companies failed pathetically showing zero profits and still managed to get investments. Fast-forward to the year 2000 and the whole scenario changed in a year with what is known as the dot-com bubble. The bubble burst and the whole mountain of growth, money, and investments came tumbling down on the same people who started it. This was a period when all the companies shut down and the market took a huge blow and shrunk to the size of a peanut. People started making sensible investments and stopped themselves from seeing ecstatic dreams with failed business models. This had a global impact and after that…. Well, we are living that part.

The Present and Future

As we know today the software industry is the most dynamic industry. With the world having as many as 45 million software developers and India contributing about 5.2 million developers it is safe to say that the industry is growing rapidly. In such a scenario…what about the trend we discussed earlier. The inevitability of it dictates that the software stream like all others will have the peak and will fall to normalcy or will be replaced by other fields. But do we really see such a future for software? Well, this is a question worth asking for any future software developer and engineer. Although it does not seem like we have arrived at the peak yet since there are a lot of innovations lined up like the Internet of Things, Artificial Intelligence, Machine Learning, etc. we can still consider that the supply is nearing the demand. The global software industry is currently valued at around $511 billion that somehow shows the positive trend of the particular industry in the present-day scenario.

Although as we all know that “Tomorrow is a mystery”, it still is mostly predictable. For instance, considering the evolution of numerous latest technologies and digitalization of society – it might be the most lucrative field even after the next 10-15 years.

My Personal Notes arrow_drop_up
Previous
What is Code Driven Testing in Software Testing?
Next
Fabric.js Group opacity Property
Recommended Articles
Page :
Software Developer - Salary, Skills and Future Career
08, Jun 22
Difference between Computer Science Engineering and Computer Engineering
16, Jun 20
Combining IoT and Machine Learning makes our future smarter
23, May 19
What is Edge Computing and Its Importance in the Future?
21, May 20
Is the future with snake(Python) or Coffee(Java) ?
17, Feb 16
Edge Computing – A Building Block for Smart Applications of the Future
24, Aug 20
What is the future of those students who are getting selected in mass recruiting companies
12, Sep 18
Future of home automation
27, Oct 18
5G: The Future Of Wireless Networks?
28, Jan 19
The Future of Cognitive Computing
16, Aug 19
Is It Possible For Robots To Rule Over The Future World?
23, Oct 19
5 Dangers of Artificial Intelligence in the Future
30, Dec 19
DARQ – Technology Powerhouse of Future
18, Feb 20
Rust vs C++: Will Rust Replace C++ in Future ?
22, May 20
5 Reasons Why Online Learning is the Future
29, May 20
The Future Of Web Development
27, May 20
How can Artificial Intelligence Impact Cyber Security in the Future?
06, Oct 20
How Blockchain Can Change the Future of Banking?
03, Feb 21
The Evolution of DevOps - 3 Major Trends for Future
06, Dec 20
Future of Cybersecurity
22, Nov 20
7 Future Technologies That Can Change The World
15, Dec 20
Future of Enterprise Resource Planning(ERP)
26, Jan 21
Unsupervised Machine Learning - The Future of Cybersecurity
24, Feb 21
Future of Jobs - What You Must Learn?
06, Mar 21
Article Contributed By : 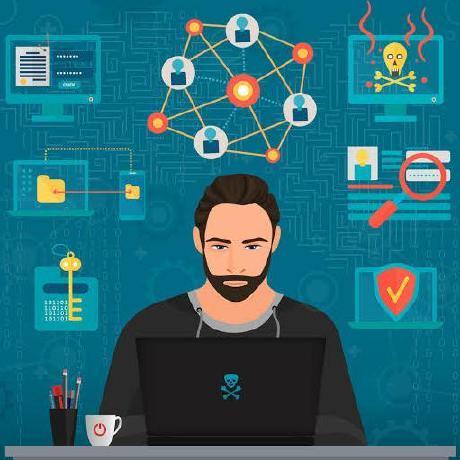