The Impact of Raspberry Pi

When the first generation of Raspberry Pi, the Raspberry Pi 1 Model B, was released in February of 2012, no one expected it to make the impact that it has created over the past 8 years. Its original aim was to promote basic computer science in school students as well as for developing countries. It has now become the unofficial standard entry point into various fields like Robotics, Software Development, Computer hardware engineering and so many more. 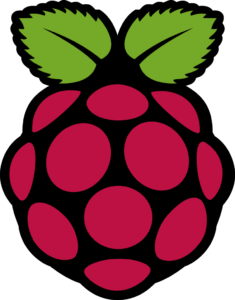 But what made this small, not very powerful, bare IC computer so astounding? This question can be answered in two phrases; cheap and open source. The low cost of all the models of the Pi made it perfect for multitudes of applications and to be tinkered by the masses. Nearly all of the software used for and by the Pi is open source, allowing the huge online tech community to contribute and further develop it without restrictions. This also allowed for various sensors, modules, and other attachments to be created by various other organizations and individuals in order to further expand the realm of possibilities with this mini-computer. These qualities ensured that it served as the beginning for many young minds to get into the field of Computer Engineering with ease and interest.

Another big impact that the Pi had was introducing people to Linux and Python, two “technologies” that revolutionized the field of computers. Fun fact, I started learning Linux terminal commands a year ago to be able to communicate to my Pi using an SSH. I had always heard about it but was never inclined to know about it. Now, my secondary system runs on Ubuntu. This is the kind of effect that the Pi can create, introducing people to new things that they would have never gotten into in the first place.

The biggest impact that the Raspberry Pi has had is to make the technology behind computers seem more accessible. There are close to 20 million Raspberry Pis out there in the world. There might affect a very small percentage of the world population, but that small percentage has the power to impact the entire world. This might be the start of a brighter future.

My Personal Notes arrow_drop_up
Next
Virtual Reality - Introduction
Recommended Articles
Page :
Raspberry-Pi a computer for Geeks
28, Apr 20
Impact of free open Source Software in ERP Implementation
20, Nov 20
Eigenvalues and Eigenvectors in MATLAB
13, May 21
What is Data Scrubbing?
12, May 21
How to Round toward negative infinity in MATLAB
11, May 21
What is CI/CD?
11, May 21
I/O Program Controlled Transfer vs DMA Transfer
05, May 21
C program to color the different figures drawn on the console using OpenGL
03, May 21
Multistage Switching Network - Interconnection structure in Multiprocessor System
01, May 21
Similarities between RAM and ROM
01, May 21
Bridge the Gap Between Engineering and Your Dream Job - Complete Interview Preparation
01, May 21
Ethereum Blockchain - Getting Free Test Ethers For Rinkeby Test Network
01, May 21
Article Contributed By :