Java is an Object-Oriented programming language developed by James Gosling in the early 1990s. The team initiated this project to develop a language for digital devices such as set-top boxes, television, etc. Originally C++ was considered to be used in the project but the idea was rejected for several reasons(For instance C++ required more memory). Gosling endeavoured to alter and expand C++ however before long surrendered that for making another stage called Green. James Gosling and his team called their project “Greentalk” and its file extension was .gt and later became to known as “OAK”. Why “Oak”? The name Oak was used by Gosling after an oak tree that remained outside his office. Also, Oak is an image of solidarity and picked as a national tree of numerous nations like the U.S.A., France, Germany, Romania, etc. But they had to later rename it as “JAVA” as it was already a trademark by Oak Technologies. “JAVA” Gosling and his team did a brainstorm session and after the session, they came up with several names such as JAVA, DNA, SILK, RUBY, etc. Java name was decided after much discussion since it was so unique. The name Java originates from a sort of espresso bean, Java. Gosling came up with this name while having a coffee near his office. Java was created on the principles like Robust, Portable, Platform Independent, High Performance, Multithread, etc. and was called one of the Ten Best Products of 1995 by the TIME MAGAZINE. Currently, Java is used in internet programming, mobile devices, games, e-business solutions, etc. The Java language has experienced a few changes since JDK 1.0 just as various augmentations of classes and packages to the standard library. In Addition to the language changes, considerably more sensational changes have been made to the Java Class Library throughout the years, which has developed from a couple of hundred classes in JDK 1.0 to more than three thousand in J2SE 5. 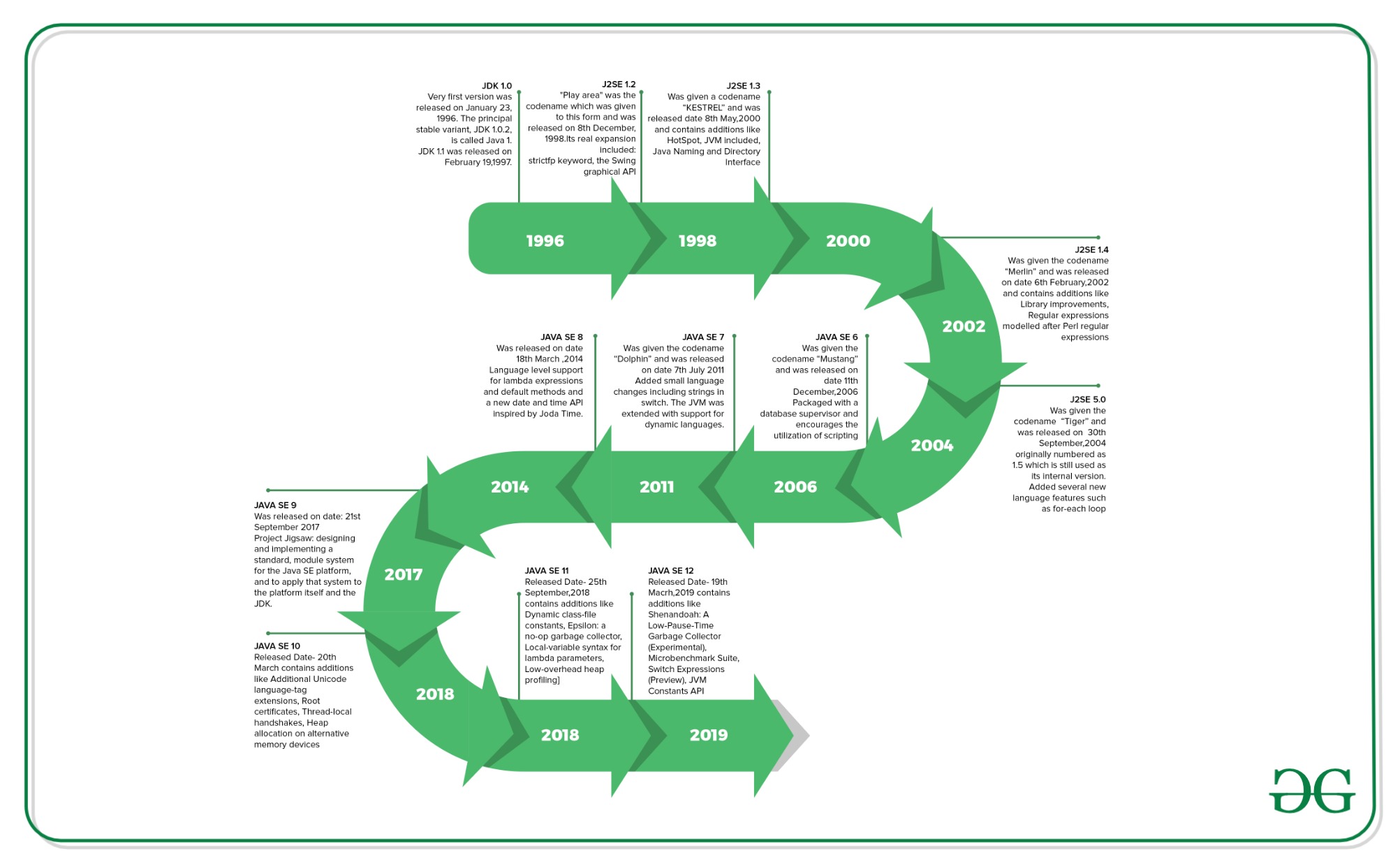 Learn Java, one of the most popular and powerful programming languages. In this Java Programming Foundation – Self Paced Course, start from scratch with Java basic concepts, data types of JAVA programming language, operators and flow control, loops, strings, and a lot more with various coding questions to practice. Start learning today!