Suppose we have a triangle ABC, if we draw a line LM parallel to side BC then the theorem states that, 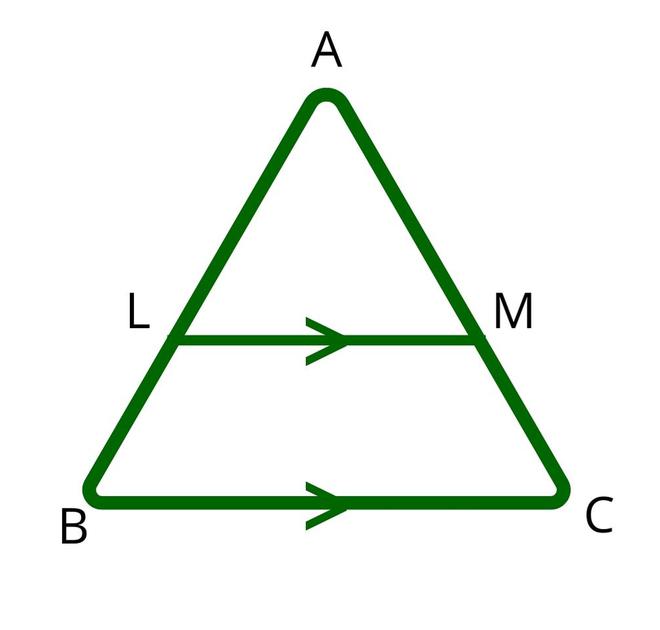 In triangle ABC, join the vertex B to M on line AC and join vertex C on line AB. Then, drop a perpendicular MX on line AB and perpendicular LY on AC. The below diagram shows the construction for the same. 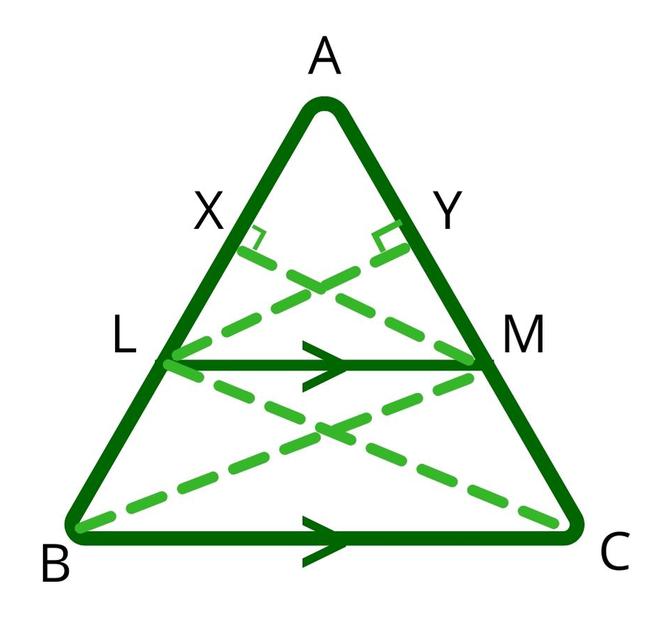 Since, area of triangle=

According to the property of triangles, the triangles on the same base and between same parallel lines have equal areas. 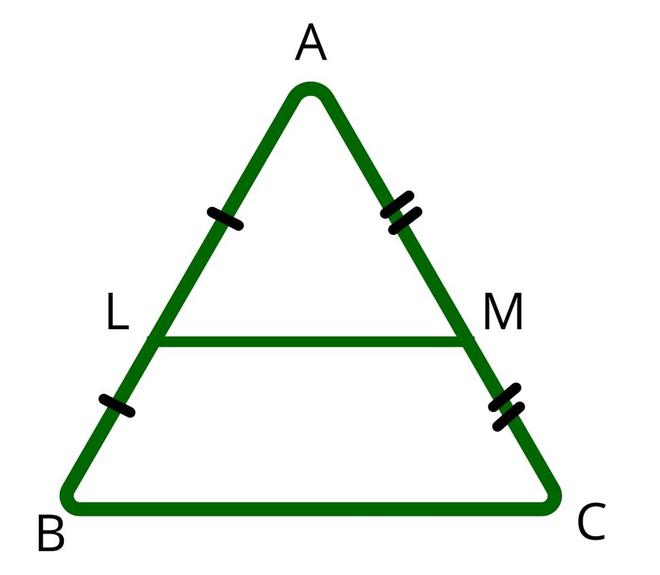 Example 1. In an ∆ABC, sides AB and AC  are intersected by a line at D and E respectively, which is parallel to side BC. Prove that AD/AB = AE/AC.

If we interchange the ratios again, we get=> AD/AB = AE/AC

Example 2. In triangle ABC, where DE is a line drawn from the midpoint of AB and ends midpoint of AC at E. AD/DB = AE/EC and ∠ADE = ∠ACB. Then prove ABC is an isosceles triangle.

By the converse of the basic proportionality theorem, we get => DE || BC

Hence, ABC is an isosceles triangle.