The Template method is a Behavioral Design Pattern that defines the skeleton of the operation and leaves the details to be implemented by the child class. Its subclasses can override the method implementations as per need but the invocation is to be in the same way as defined by an abstract class. It is one of the easiest among the Behavioral design pattern to understand and implements. Such methods are highly used in framework development as they allow us to reuse the single piece of code at different places by making certain changes. This leads to avoiding code duplication also.

Imagine you are working on a Chatbot application as a software developer which uses data mining techniques to analyze the data of the corporate documents. Initially, your applications were fine with the pdf version of the data only but later your applications also require to collect and convert data from other formats also such as XML, CSV, and others. After implementing the whole scenario for the other formats also, you noticed that all the classes have lots of similar code. Part of the code like analyzing and processing was identical in almost all classes whereas they differ in dealing with the data. 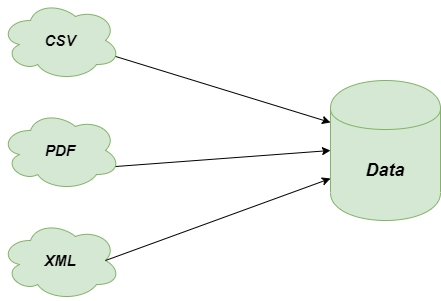 Following is the class diagram for the Template Method 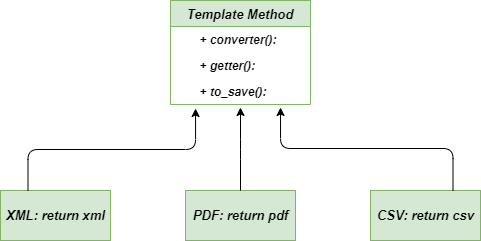