Tejas Networks held an hiring drive in our college for software developer . Branches allowed only CS-IT since it is particulary a bangalore based networking company and they make their own networking devices

They held an online webcam enabled round on codeground which consisted of 3 sections aptitude, technical and coding . we had limited time to answer questions for each section
Aptitude were 10 questions that were very difficult to be solved in 15 minutes.
Technical was easy and coding had two questions that were easy if you are hands on with competitive programming.
They shortlisted only 3 students from around 35 students who had appeared for the test.

This company didn’t visit the campus and all rounds were skype based.

During the whole interview process i felt like that i was revising the Operating system concepts. in this round their main focus was on what you have done till now your projects, will evaluate basic concepts and the interviewer was very friendly asked me particulary from networking, OS, bit algorithms, reverse a number’s bit orders nibblewise using bit operations and was an easy interview.

They had shorlisted two out of three for this round . This was also again skype based and their were two interviewers . You can think of it as an algorithmic, OS, C programming based interview round . most of them were general interview questions and will test your algorithmic thinking . they also said to write the code so that they can test your programming skills as well . this was a long round of about 2-3 hours . questions were like mirror a tree . expression check parantheses if in correct order, delete middle node in singly linked list, make middle node as the new head of the linked list . generated a non repeating sorted list from 2 given list that are unsorted with repeating values . (sort the individuals array, delete the repeating values in single traversal and apply sorted_merge algorithm using two pointers ) .
They asked me OS in quite depth and i had to brainstorm a lot in depth during that . asked me a lot from threads during that they were not creating any pressure and i was telling my thought process and it was really fun
asked me the significance of various keywords and conceptual problems from C I tried to answer most of them and knew some of them already . like virtual, enum, from structures, unions and pointers / array difference
after this they told me that if i had any queries and informed that i will be contacted by the HR soon.

The very next day i was informed about this round 15 mins before the interview . The interview person was quite senior . He asked my cgpa ( which is 8 above ) and a brief introduction and subjects of interest which were DSA & OS He asked quiet vague questions and was some sort of a rapid fire round which lasted for about 25 mins . which os do you have ? tell me the difference between ubuntu and windows various scheduling policies, OS memory management also asked me which protocol is being used in skype video call so he didn’t follow any particular direction for asking questions .Interprocess communication and Interthread communication to the answer questions

To my extent i gave 2-3 wrong answers ( from the threads ) from a total of 25 -30 questions that he asked . questions like particularly on which core thread is running on ? how Will you find it . later i was told that i am not being taken further for any rounds

I wrote this interview experience because it might helpful for someone especially who wants to go in a networking based company . To what i gather they were expecting excellent knowledge in Operating system and good C programming and algorithmic skills . so you should be ready to face such questions .particularly for this company their acceptance rate is quite low but is a good company . overall i think that for the last the round the interviewer should have taken in a more clear and unidirectional fashion .
This interview experience will also be helpful in gaming a useful insight of this company. 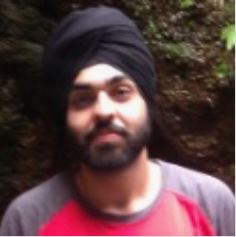