Technologies Being Used to Counter the Covid19 Pandemic

The current COVID-19 pandemic has thrown our daily routines into chaos. Despite all the hurdles, many inventors got motivated instead to build new technology to help curb this problem. From improved masks to hands-free door openers, there has been a rise to a whole lot of new technologies that can still be used even after it ends. Many ideas have come to light but some of the outshine the others. However, many old technologies are being used beyond what they were made for, 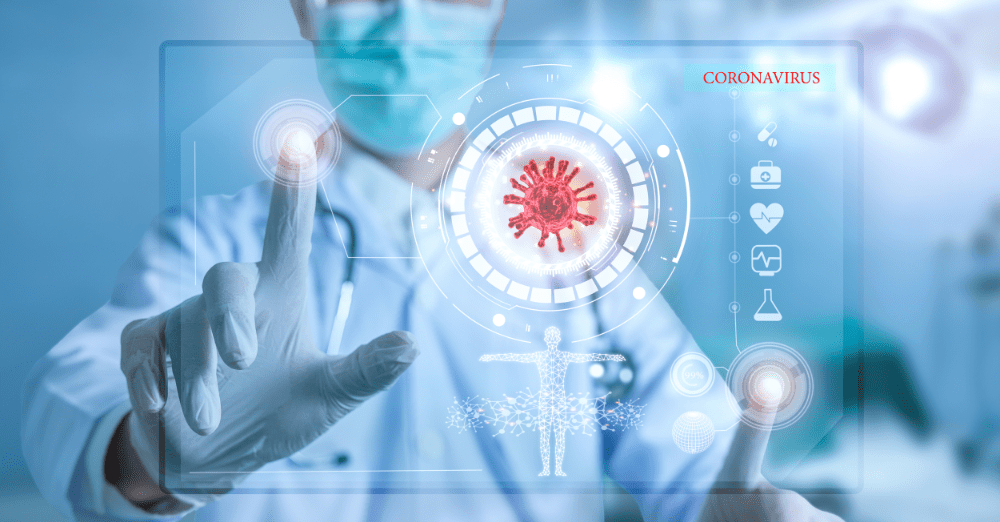 In China, when several hospitals were being created as there weren’t enough, all the areas potent with the virus was being monitored closely by GaoFen, which is the collective name for the high-quality satellites. These monitored the areas that had a lot of cases to ensure all guidelines were being followed. Certain satellites were used to monitor the construction of hospitals as well. Zhuhai-1 and Sentinel-1 were two satellites used for this purpose. Apart from that, IR thermometers now have widespread use not only in China but all over the world. Their production has increased tremendously over the past few months, despite it not being useful when it comes to Asymptomatic patients. The IR thermometers detect the temperature of the object it is pointed by using infrared light that focuses it onto the detector. This leads to a process that undergoes conversion to heat and electricity, using the concept of black body radiation

Drones which are equipped with heat sensors are being used in Italy. If you aren’t following the given area’s rules (the ones set for the pandemic), the drones issue a fine. Location tracking is also being used in a different way.

One of the prime examples include India’s application, namely, Aarogya Setu.  It is a COVID-19 tracking application which uses our phone’s Bluetooth and GPS to check certain things to keep us safe. The range of our phone’s Bluetooth works as a kind of proximity sensor which checks if any place we may have visited while picking up essentials or while traveling when you are an essentials’ worker, has a person infected with COVID-19 or not. It also keeps us updated on important news regarding the pandemic and shows us how many people have been infected in the nearby areas so that we can plan our travel accordingly.

Many other countries have developed applications with similar purposes. Rakning C-19 is the application used in Iceland which is a GPS logger and works in a similar way to its Indian counterpart. It provides information available on https://www.covid.is/ and is said to have one of the highest penetration rates as about 38% of Iceland’s Icelander population. and COVIDSafe is being used in Australia and it is based on the Bluetrace protocol.

Malaysia has more than one application that is being used for tracing contact between their citizens to prevent the spread of the virus, the names are: MyTrace, Gerak Malaysia and MySejahtera. Gerak Malaysia is used by people from the ministry of health to track its users. It also allows users to register to obtain permission to cross a state’s borders. The national security council along with the ministry of health made MySejahtera, an app to obtain important information and updated statistics about the ongoing pandemic. MyTrace is an app used to track contact between infected and non-infected people just like Aarogya Setu.

However, new technologies have been made as well. Many hands free door openers are now being made but one that is available to buy is the Hygienehook by Steve Brooks, a London based designer. The small and unique design has made it popular. It looks like a simple but palm-sized version of a clothes hanger which is easily portable. Whenever you wish to open a door, you can use the hook part to pull it open by positioning the hook part in a way to grab the handle. Our hands go in the wider section of the hanger hence leaving ample space between our hand and the door hence preventing direct contact and reducing the chances of being affected by the virus. Even though he is getting several orders all over, he still donates one Hygienehook for every one bought.

This pandemic also saw rapid development in the robotics domain. UK hospitals have healthcare robots that can hold a conversation with more than one person at a time. These were particularly used with the elderly to keep them company. Wuchang hospital’s staff, in Wuhan, comprised entirely of robots. The company that made these used cloud-based technology for more efficiency in delivering service the way their human counterparts would. They sprayed disinfectant on products that arrived and were also used for serving meals  US doctors are also using robots to help them with various tasks while tending to the patients. Tasks such as handing instruments, providing reports, or certain tasks involving the patients to reduce the contact of the virus in case of healthcare workers who were exposed to it. This reduced the number of cases involving doctors and nurses contracting the illness while working to cure it.

With many other technologies in development, it is clearly visible that everyone is trying their best in reducing the impact of the pandemic. Many vaccines are underway and some have failed but this hasn’t deterred people around the world in any manner, Each day brings new technology that brings us closer to the end of this pandemic.