TCP vs UDP for Video Streaming

In this era of the modern internet with entertainment, education, gaming and all kinds of necessities streaming live everyday, the demand of an uninterrupted video stream is highly adamant. To dive into the topic of which protocol is better for video streaming, one must be familiar with the TCP and UDP protocols.

TCP’s normal transmission :
TCP gradually increases the amount of data it sends until the link becomes saturated. First it starts slow and sends more and more data at an increasing rate. At congestion avoidance phase, in order to avoid congestion it gradually increases the data. At the end stage it adjusts the data to a rate that the receiver can comfortably process, known as the steady state. 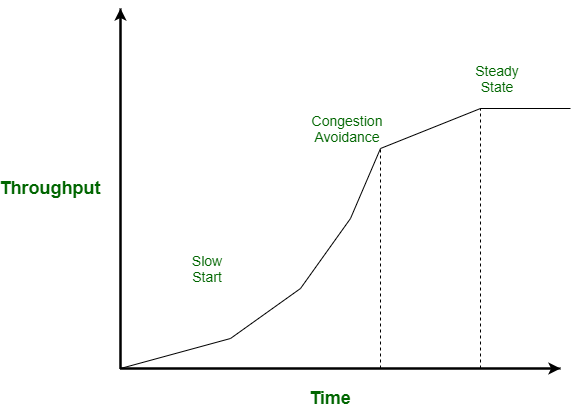 TCP’s reaction to lost packets :
When a packet is lost, either due to the network buffer being overfilled or the receiver getting more data than it can buffer, the lost packet won’t be acknowledged, so TCP assumes that it sent the data too quickly and so it starts the slow start all over again. When a second packet is dropped, the flow is cut again. If the drops are successive, then the rate will drop so much that at a time only a single packet is being sent. 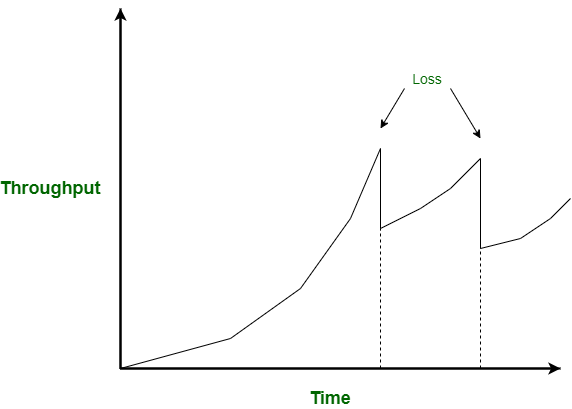 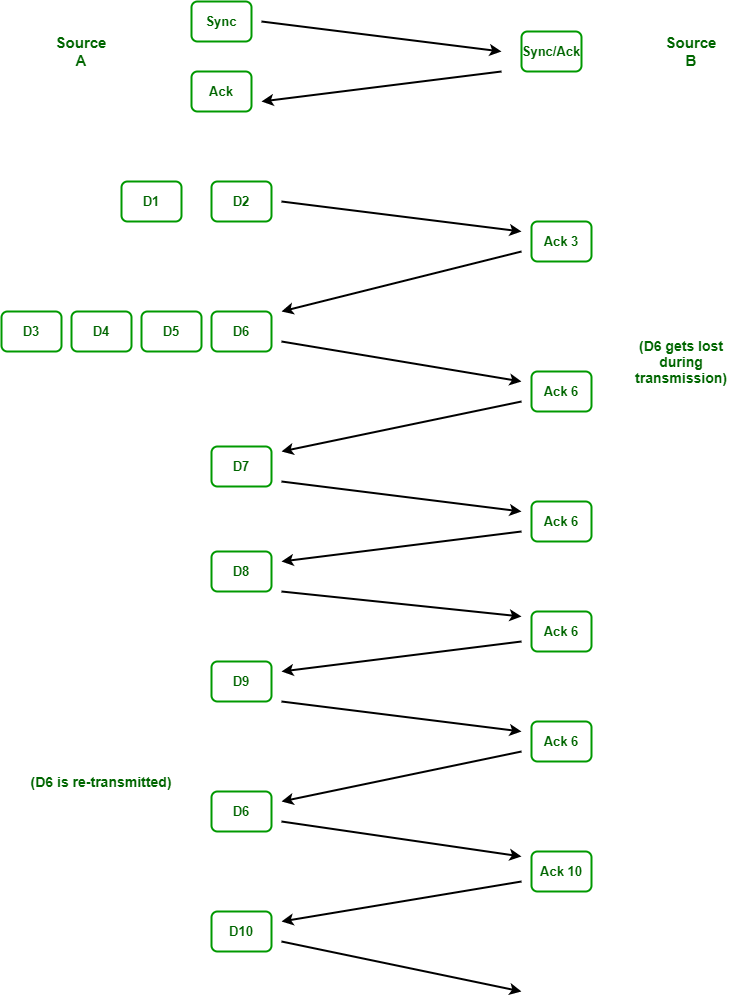 In this scenario source A sends 10 data packets D1 to D10 to recipient B and while transmission, a data packet D6 is lost.

We observe that a single dropped packet caused a slow start process and a congestion avoidance process to not allow the increase in traffic flow. It dropped back to a single packet at a time. Thus, one single packet loss, cut our throughput by as high as 50%.
We come to certain conclusions that –

Hence, if your client is demanding bandwidth more than the sender could provide and there is a data loss, then latency is unavoidable. Now if we think of a live video streaming and due to some of the above mentioned causes, a packet loss occurs then the performance of the live streaming will be heavily deteriorated because the protocol will be busy re-transmitting the lost packets. This will result in the viewer lagging behind than what is actually being streamed on the video live.

UDP :
UDP is also a transport layer protocol. It has no idea whether or not the data arrives successfully. It sends as soon as the application provides data and a soon as the OS says OK. It essentially has no knowledge of receipt or failure. UDP does three things –

Thus, we see that UDP provides no means whatsoever to retrieve the lost packets. It does not care whether every packet has reached its destination or not. If you think of the live video streaming again, a loss in a data packet will not lag the video in order to retrieve the lost packet. The quality of the video will deteriorate depending on how much the loss was, ranging from a small square on the corner of the screen being distorted or the whole screen, but the pace of the video will remain aligned with the actual live stream.

So UDP can be very sensitive to loss in voice if several successive packets are lost, audio drops momentarily and we notice it. But if you lose a single packet, its a 50th of a second of a sound and your ear are not sensitive to detect that. But in case of video, because so many video packets are necessary to paint a single frame, the quality may be reduced and it becomes apparent in form of little squares or little slices on the screen that turn to a different color because the data didn’t come in order to paint it properly. In a real time audio or video transmission, networks should normally not exhibit loss > 0.25%.

Therefore, UDP coupled with other protocols like RTP, WebRTC and RTSP can provide a better video streaming experience than TCP.