Systems and Basis of Accounting | Single and Double Entry System

Meaning of Basis of Accounting

The Basis of Accounting is related to the timing of recording the business transaction in the books of account. It is concerned with a specific time period at which all the incomes and expenses are recorded by a business enterprise. There are two bases for recording the transactions in Accountancy: 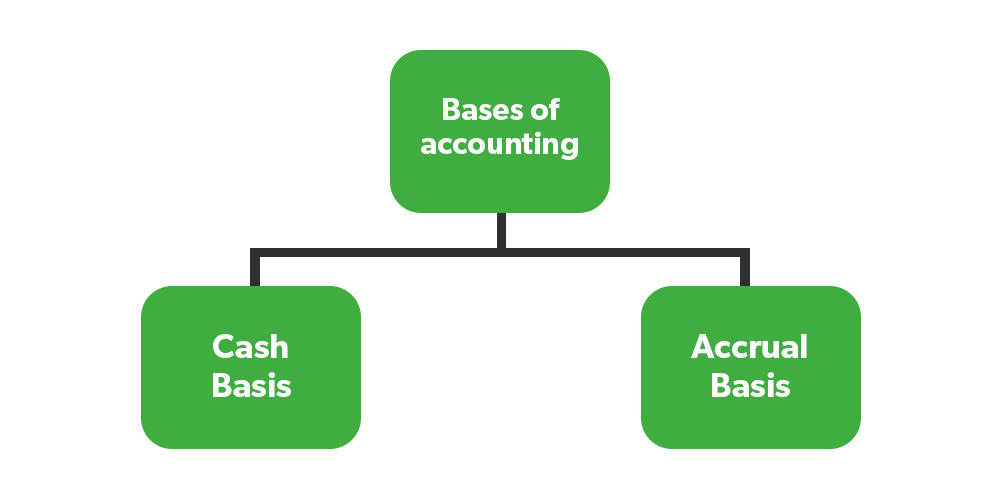 The cash basis records only cash transactions, i.e., all the expenses paid in cash and all the revenues that have been received in cash. No credit transactions are recorded in cash basis accounting system. This means that there are no records of income receivables and expenses payable. Thus, the profit on a cash basis is the difference between the cash receipt and the cash payments. Moreover, taxes on income are paid on the receipt of cash and not when the income is accrued. The cash basis of accounting is suitable for the professionals such as lawyers, doctors, etc.

On a cash basis, this transaction shall be recorded on 31st December 2022 in an event of actual cash payment, i.e., rent shall be treated as an expense for the period when it is paid.

The accrual basis records all business transactions, whether cash or credit transactions. This means incomes are recorded as soon as they are accrued, irrespective of the fact whether cash is received or not. Similarly, expenses are recorded when they become due even though not yet been paid. This basis takes into consideration all the outstanding expenses and accrued revenues. Thus, profit under this basis is the difference between all the income earned (received in cash or not) and all the expenses incurred (paid in cash or not) during the period.  Taxes on income gets due as soon as income is earned. The accrual basis is suitable for all the business units working with an objective to earn profit.

On an accrual basis, a commission is recorded as an income for the period of January, i.e., as soon as it is earned.

A single entry system is a system of bookkeeping that considers only one aspect of all financial transactions, which means that transactions affect only one account. Under this system, value of only one account will increase or decrease according to the nature of the transaction taken into consideration. The accounting details are maintained only by preparing a cash book and personal accounts of debtors and creditors, and real and nominal accounts are not recognized under this system of bookkeeping. The profit ascertained under the single entry system is pretty inaccurate, as only one aspect of all the transactions is taken into account. Preferably, small businesses and shopkeepers adopt this method of bookkeeping, as there are no set rules to maintain the accounts, hence is comparatively much easier than the double-entry system. Accounting records maintained under this system are also known as incomplete records.

A double entry system of bookkeeping considers at least two aspects of all the financial transactions of a business unit. Under this system, at least two accounts are affected in opposite directions, i.e, one of them is debited and another one is credited with an equal amount. The three basic accounts- personal account, real account, and nominal account are all recognized under the double entry system, and hence, a profit ascertained is much more accurate and can reflect a real financial position of a business enterprise. Generally, professionals are hired to maintain accounts under this system, as a strict set of rules is to be followed. A trial balance can be prepared under this system of bookkeeping, which makes it possible to check the arithmetic accuracy of the accounting records as the debit side is always equal to the credit side under the double entry system. Under the double entry system, all the necessary accounts, like Journal, Ledger, Trial Balance, Financial Statement, and Balance Sheet are prepared to compute the profit and know about the financial position of any business unit.