System Integration Testing (SIT) is the type of software testing that is carried out to perform the overall testing of a complete system that consists of many integrated components. The system on which SIT is performed may have different hardware parts, different software parts or both hardware and software.

SIT is the process of fabricating the constituent integral parts of a system in a reasonable and logical way. SIT performs the testing in a less cost. It checks the full functionality of the system. System test is involved in SIT which is a process of verification of the system fulfilling the requirements and it test whether the system performs in according to the user’s requirements.

During the development phase, system integration testing is the first testing process performed after the system is assembled. SIT can also be defined as a testing process that exercises the coexistence of a software system with other system. Multiple integrated systems are involved in it and it is assumed that each have already passed system integration testing. SIT is performed to test the interactions among several integrated components.

SIT is a black-box testing technique. 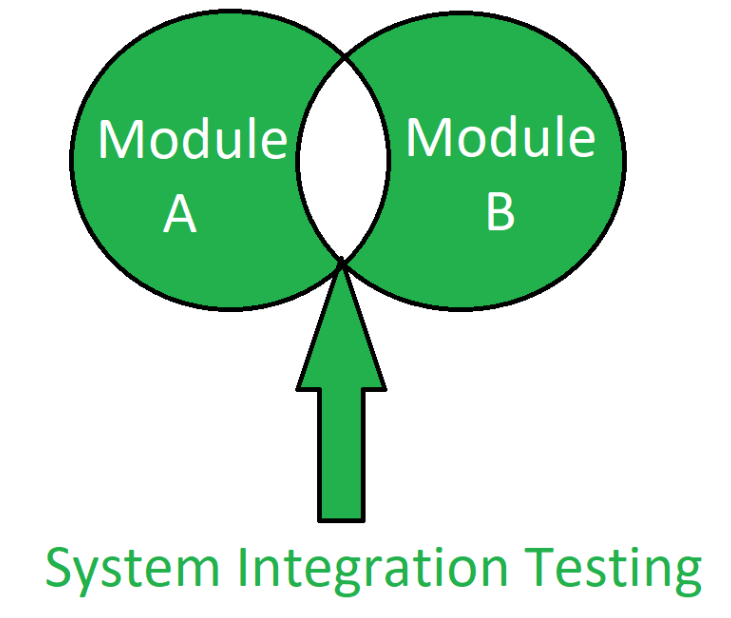 Major States of SIT:
There are three major states of system integration testing: