Electric charge is a fundamental feature of matter that regulates how elementary particles are impacted by an electric or magnetic field. Positive and negative electric charge exists in discrete natural units and cannot be manufactured or destroyed. There are two sorts of electric charges: positive and negative. When two items with an overabundance of one type of charge are relatively close to each other, they repel each other. When two things with excess opposing charges, one positively charged and the other negatively charged, are in proximity, they attract each other.

The Superposition Principle allows us to determine the overall force exerted on a given charge by any number of point charges. Every charged particle in the universe produces an electric field in the surrounding space. The electric field produced by a charge is unaffected by the presence or absence of additional charges. Coulomb’s law can be used to compute the electric field created. The principle of superposition permits two or more electric fields to be combined.

According to the concept of superposition, every charge in space forms an electric field at a place irrespective of the presence of other charges in that medium. The resulting electric field is a vector sum of the constituent charges’ electric fields.

The net flux, net field, and net potential energy of the system are computed using the superposition concept. 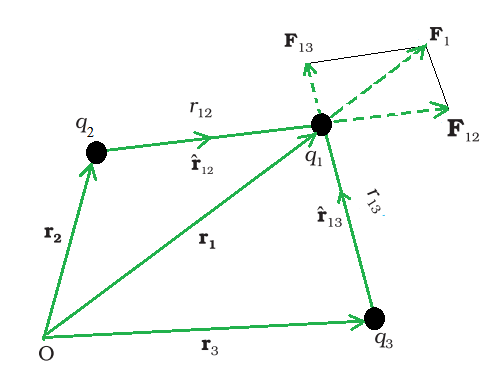 Similarly, F13 denotes the force exerted on q1 as a result of q3, which again is the Coulomb force on q1 due to q3 even though another charge q2 is present.

Charges can be distributed in three ways, including: 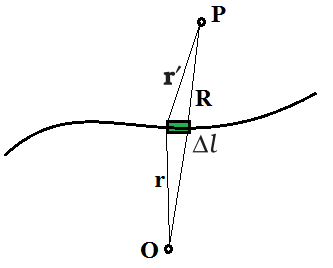 where, ∆l is on the macroscopic scale, a small line element of wire, yet it contains a significant number of microscopic charged elements and ∆Q is the charge contained in that line element. The units for λ are C/m. 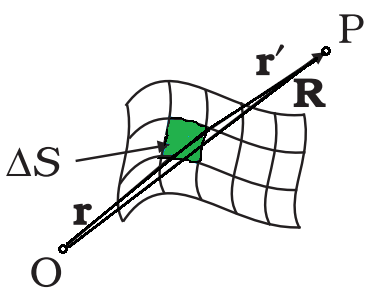 It is impractical to characterize the charge distribution on the surface of a charged conductor in terms of the positions of the tiny charged elements. It is more practical to consider an area element S on the conductor’s surface (which is small on a macroscopic scale but large enough to contain numerous electrons) and specify the charge Q on that element. A surface charge density σ at the area element by 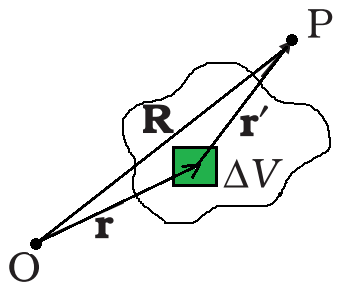 where ∆Q denotes the charge in the macroscopically small volume element ∆V, which contains a high number of microscopic charged constituents. The unit of volume charge density ρ is C/m3.

where k is proportionality constant and equals 1/4πε0.

The symbol ε0 is called epsilon not, and it signifies the permittivity of a vacuum.

Problem 1: A circular annulus of inner radius r and outer radius R has a uniform charge density a. What will be the total charge on the annulus?

The total surface area of the annulus is π×(R2-r2)

It has an outer radius R and an inner radius r.

The surface charge density is the amount of charge stored on the unit surface area.

The surface charge density is a.

Problem 2: What is the dimension of linear charge density?

The expression for the Linear charge density λ=(Amount of charge / Total length).

Therefore, the dimension of linear-charge-density = [I T L-1].

Problem 3: A charge is distributed along an infinite curved line in space with linear charge distribution λ. What will be the amount of force on a point charge q kept at a certain distance from the line?

Let the point charge is situated at a distance r from a small part dl on the line.

The charge stored in stat small part is λ.dl.

Therefore, force on that charge due to the entire linear charge distribution can be written as:

Problem 4: A solid nonconducting sphere of radius 1 m carries a total charge of 10 C which is uniformly distributed throughout the sphere. Determine the charge density of the sphere.

where r is the radius of the sphere.

But if the sphere is conducting, we have to consider the surface charge density.

Problem 5: What is linear charge distribution?

where, ∆l is on the macroscopic scale, a small line element of wire, yet it contains a significant number of microscopic charged elements and ∆Q is the charge contained in that line element.

The units for λ are C/m.