If Plotly Express does not render a good starting point, it is also accessible to custom from the more generic go.Sunburst class from plotly.graph_objects.The sunbrust is the prototype  for exhibit hierarchical data.Each level of the hierarchy is represented by one ring or circle with the innermost circle as the top of the hierarchy.The sunbrust chart without any hierarchical data looks similar to doughnut chart.

arg: dict of properties compatible with this constructor or an instance of plotly.graph_objects.Sunburst

branchvalues: Determines how the items in values are summed.

count: Determines default for values when it is not provided, by inferring a 1 for each of the “leaves” and/or “branches”, otherwise 0.

customdata: Assigns extra data each datum. This may be useful when listening to hover, click and selection events. Note that, “scatter” traces also appends customdata items in the markers DOM elements 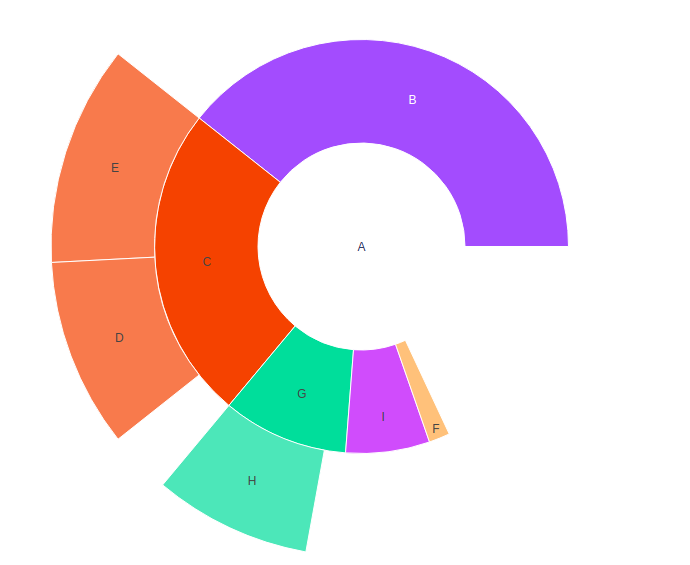 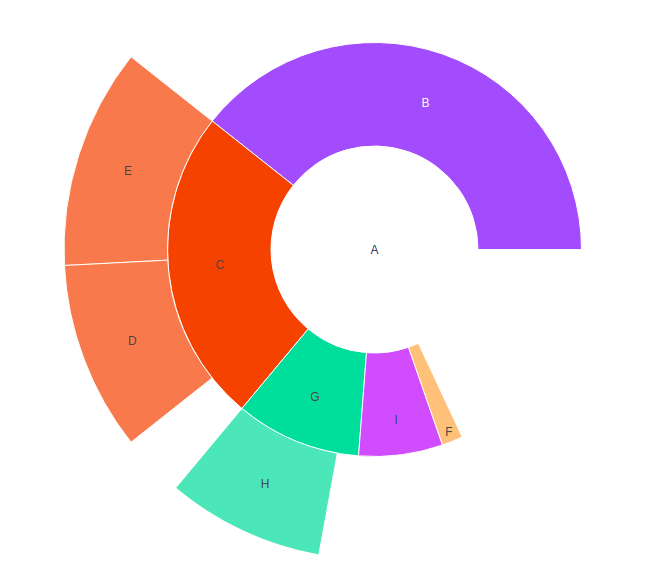 In plotly, the sunbrust chart have several slices in its pie which helps to present the data more understandable and in efficient way, as each column of the data is separated through different colors.Various data slices can be built in a single pie which lead to take less space in layout.Lets see an example which is given below 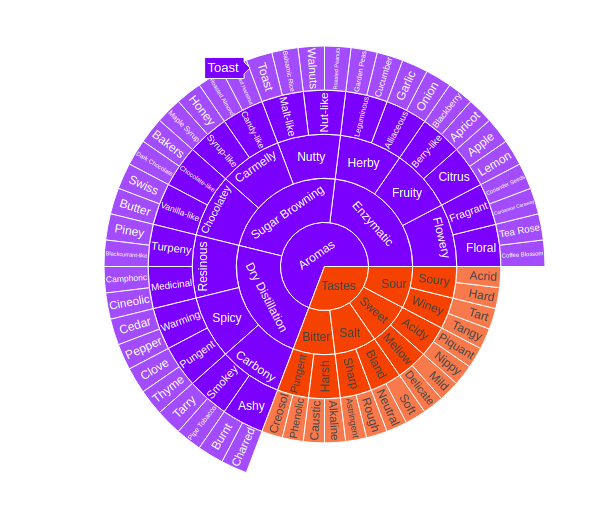