The C++ program is written using a specific template structure. The structure of the program written in C++ language is as follows: 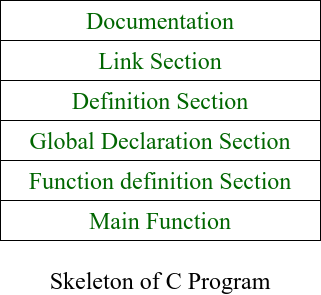 Below is the program to illustrate this: