Storage Classes in C++ with Examples 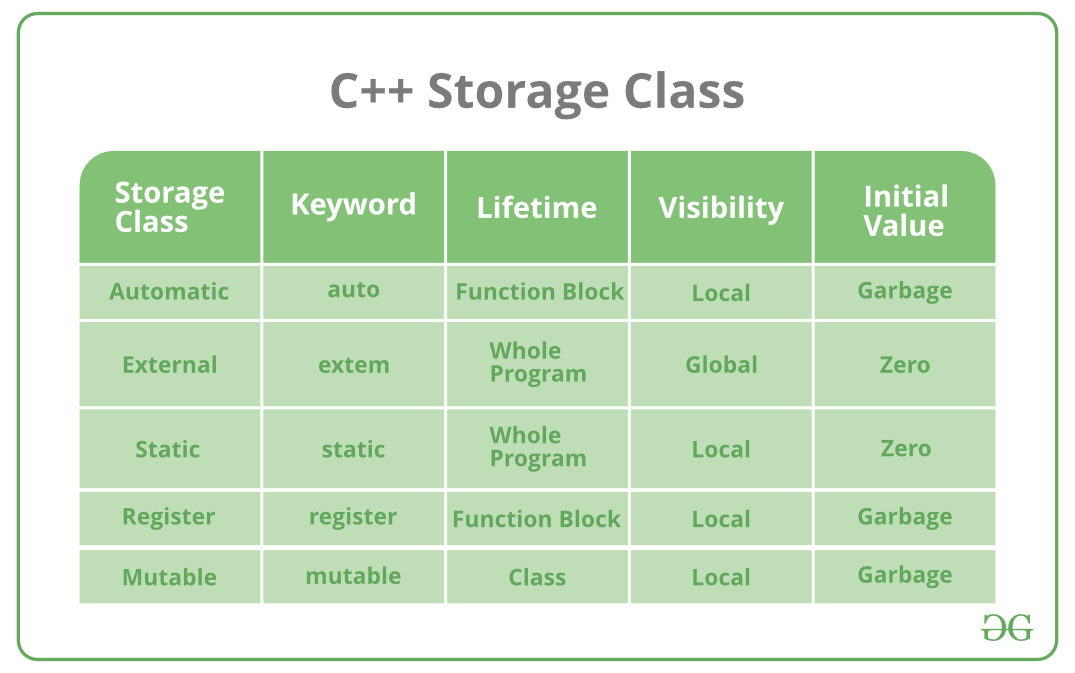