Geany is a lightweight, high-performance Integrated Development Environment system that supports the most used programming languages, i.e  C/C++, Java, Python2.x/3/x, etc. It was developed in such a manner that it has the least dependency on other packages, thus it is quite fast, as compared to code-blocks or devc++. Special care has been taken to make it as independent as possible from a particular desktop environment such as KDE, GNOME. This article lists step-by-step instructions to download and set up Geany IDE for the Windows operating system. 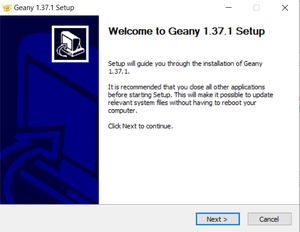 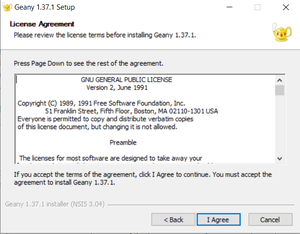 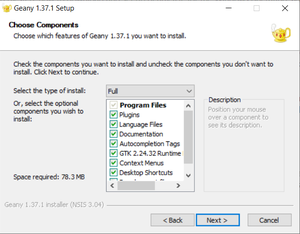 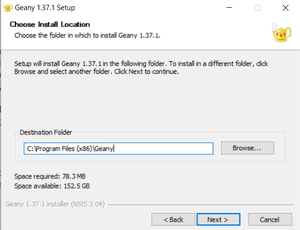 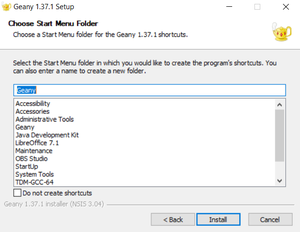 Select whether you want to install shortcuts for geany. 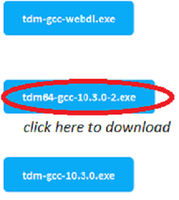 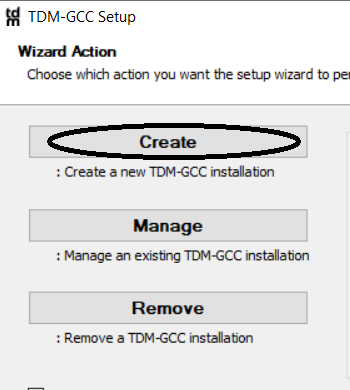 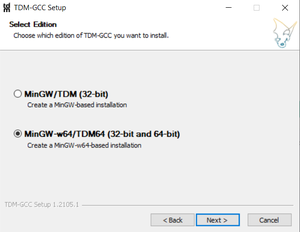 Select between the two depending on your system architecture. 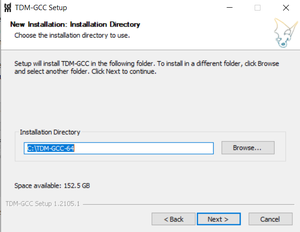 Select any desired location you want to install TDM-GCC. 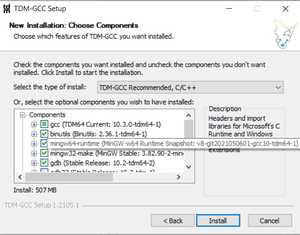 Scroll down to look at the components. 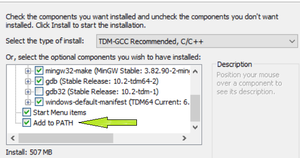 Build/Compile on Geany: Below is the code to write a hello world or two number sum program on the IDE:

My Personal Notes arrow_drop_up
Previous
Asymptotic Notations and how to calculate them
Next
Analysis of Algorithms | Big - Θ (Big Theta) Notation
Recommended Articles
Page :
CodeLobster IDE - free cross-platform PHP, HTML, CSS, JavaScript editor
30, Aug 18
Step by Step guide to install Intellij Idea
16, May 20
Complete Guide to Install C++17 in Windows
14, Sep 20
Perform n steps to convert every digit of a number in the format [count][digit]
16, Jul 18
Count ways to reach the Nth stair using multiple 1 or 2 steps and a single step 3
22, Mar 20
VLOOKUP On Multiple Criteria Columns Using Helper Method & CHOOSE Function
06, Sep 21
Incedo Inc. Interview Experience for SDE/Quality Assurance Engineer | On-Campus
31, Aug 21
Maximize the rightmost element of an array in k operations in Linear Time
24, Aug 21
C++ program to convert/normalize the given time into standard form
24, Aug 21
What will happen if a print() statement is written inside a if() such as if(print())
13, Aug 21
How to find Size of std::forward_list in C++ STL
13, Aug 21
C++ program to implement Full Adder
10, Aug 21
Article Contributed By : 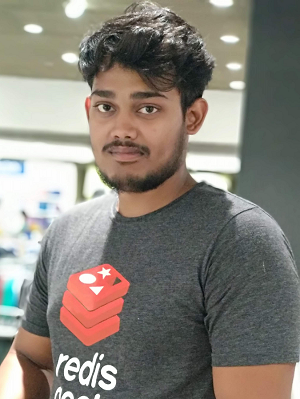