VLAN stands for a virtual local area network, additionally referred to as a Logical Network VLAN can logically create many virtual networks to split network broadcast traffic. VLANs are primarily based totally on logical connections, So it facilitates minimizing broadcasting traffic, and management work could be accomplished quickly.

VLANs also can enhance the network’s overall performance due to the fact VLANs make organizations of devices that communicate very frequently. 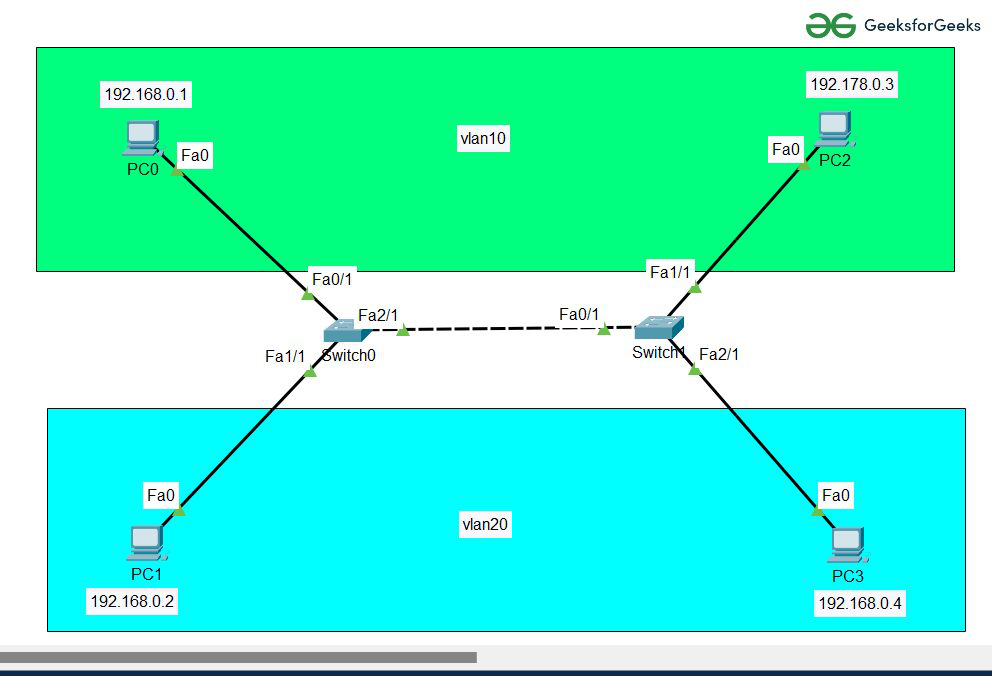 In the above representation, we can see that we have created two Virtual LANs. We have not configured switches yet, So if we try two Send PDU from one host to another then it will respond and send replies because switches are multicast devices.

In this experiment, we have to create a logical network :

For example, we have created two Virtual LANs groups vlan10 and vlan20 so we have to configure switches in such a way that we can communicate with devices that come under the VLANs group In VLAN20 if we ping PC3 IP address in PC0 then we’ll surely getting replies but if we try to ping the IP address of the different VLAN group then we get an error because it belongs from different VLAN group.

CLI commands for creation of VLAN on cisco Switch0: 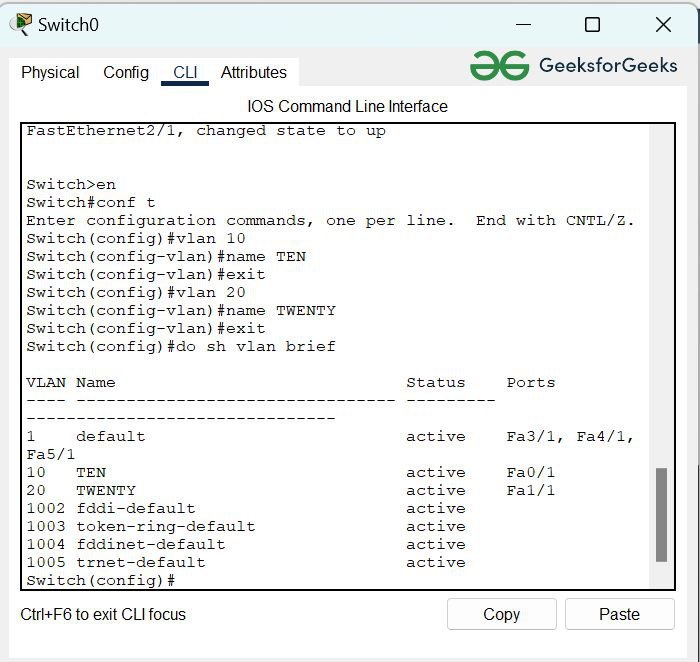 Configuring and Verifying an Interface for a VLAN: 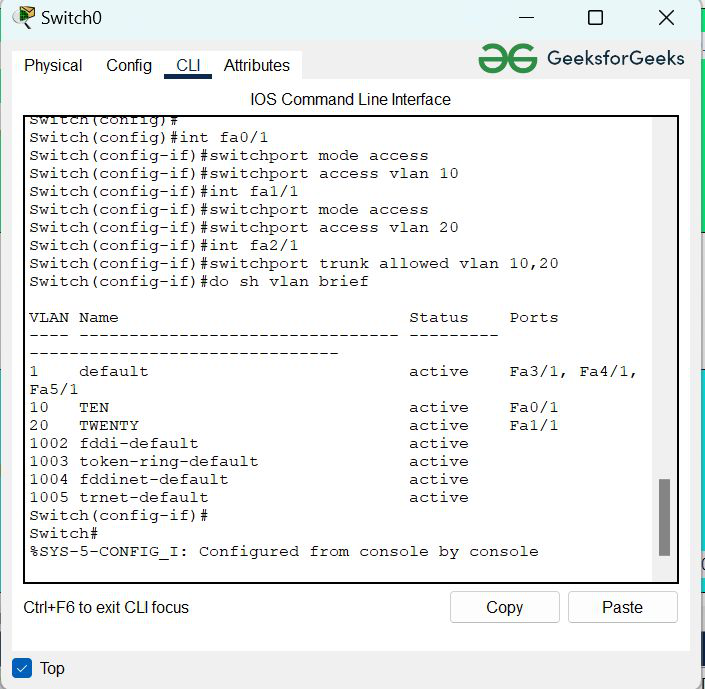 CLI commands for creation of VLAN on cisco Switch1: 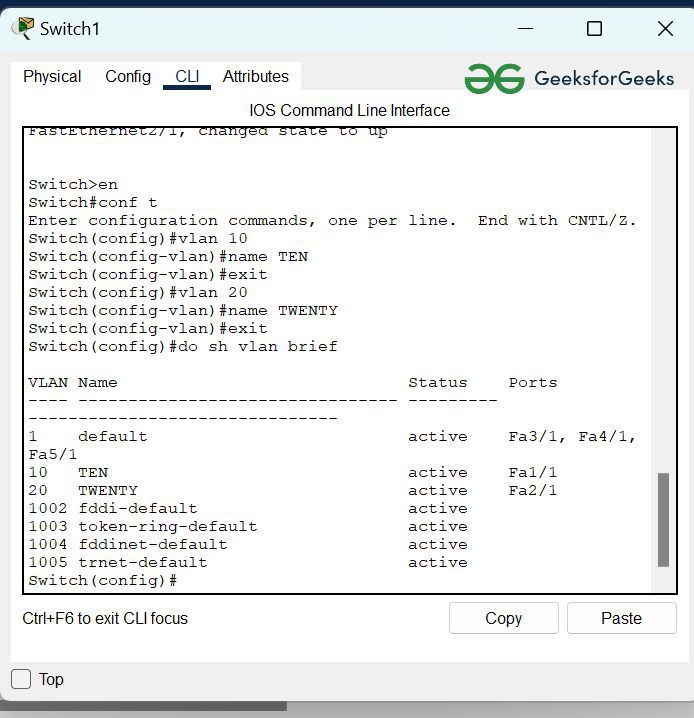 Step 4: After separating these two VLANs we need to verify the connection by pinging the IP address of the same Group: 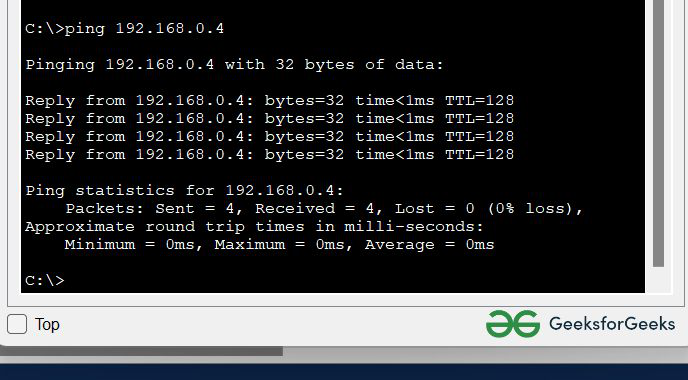