Object Oriented Design (OOD) :
An analysis model created using object-oriented analysis is transformed by object-oriented design into a design model that works as a plan for software creation. OOD results in a design having several different levels of modularity i.e., The major system components are partitioned into subsystems (a system-level “modular”), and data their manipulation operations are encapsulated into objects (a modular form that is the building block of an OO system.). 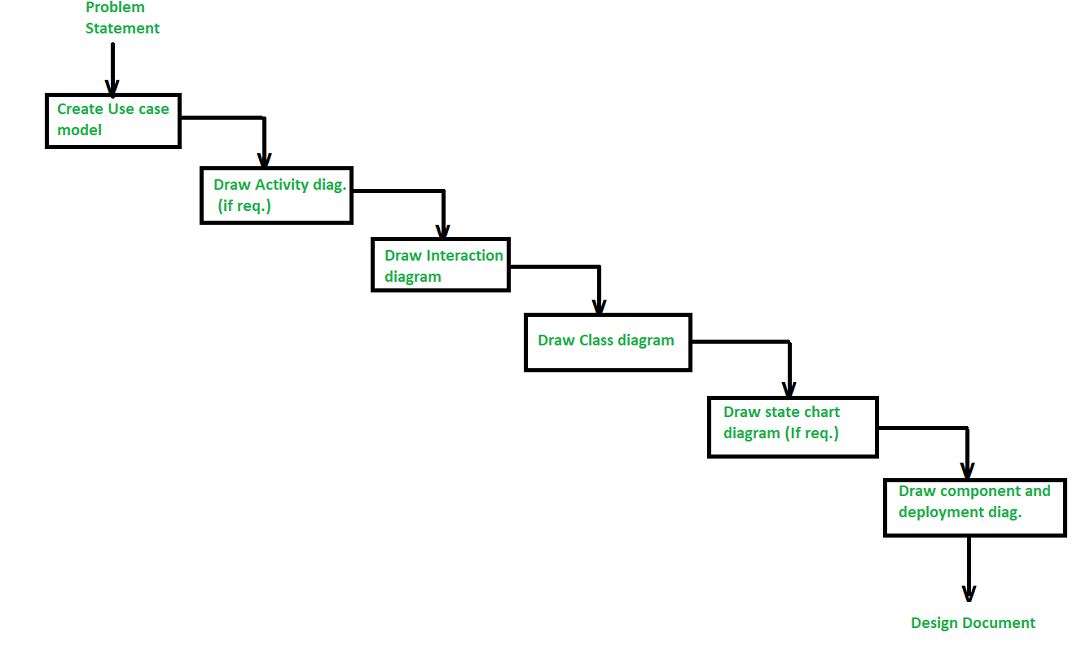 There are various steps/stages in the analysis and design of an object-oriented system as given in below figure :

6. Draw component and development diagram :
These diagrams address the static execution perspective on a system they are identified with class diagrams in that a segment ordinarily guides to at least one class, interface, or coordinated effort.