SSGA stands for Steady-State Genetic Algorithm. It is steady-state meaning that there are no generations. It differs from the Simple Genetic Algorithm, as in that tournament selection does not replace the selected individuals in the population, and instead of adding the children of the selected parents into the next generation, the two best individuals out of the two parents and two children are added back into the population so that the population size remains constant. 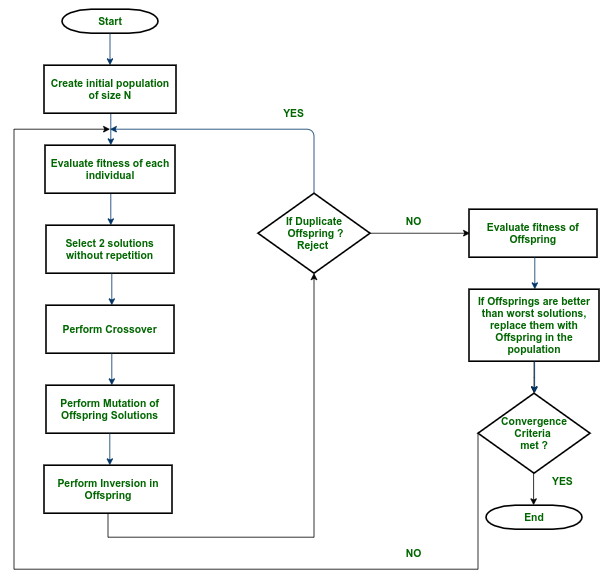