State the core components of an HTTP response ?

Have you ever thought about how the front-end of an application communicates with the backend to get data or perform certain operations? It is done through API Requests. API stands for Application Programming Interface. The communication between our client and the API is achieved using HTTP Request which is followed by a Response to the client. Both the Requests and Response follows a certain syntax and structure to ease the communication process.

Whenever our client application wants to communicate to the server, it sends out a message to the server using HTTP Protocols, which is also termed as the HTTP Request. Based on that message, the server performs certain operations as demanded by the message and then replies to the client through a message, also knows as HTTP Response.

Below is an image depicting the Request-Response Cycle: 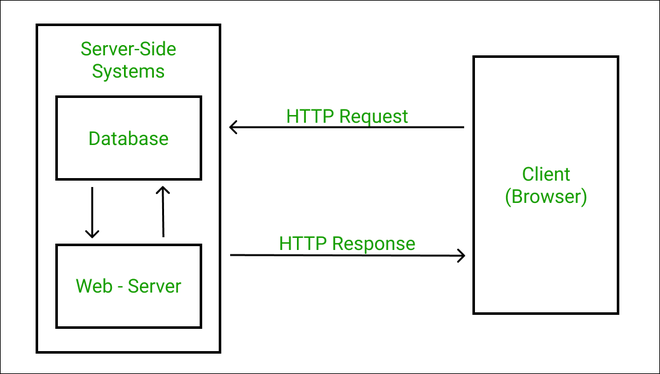 Structure of HTTP Response: As discussed above, the HTTP Response has a special structure that is followed so that the client can easily understand it. There exists a Universal Language that everybody follows so that there is no communication gap between people. HTTP Response broadly has 3 main components:

An HTTP Response as a whole looks like the below picture: 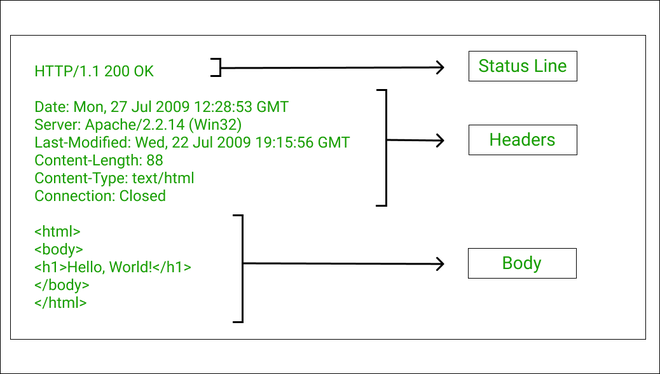 Let us go through each of them one by one:

Status Line: An example of a Status-Line is given below:

Response Header: The Response Header contains the information about the content that is being returned in response together with data about the Server that sent it. This information helps the Client/Browser in deciding in what way the response data would be used. In other words, headers can be said as metadata that is sent together with a response to provide more info about it.

In the above example, the response header shows the date and time when the response was sent, the server that sent the response, and the type of content that was sent, which here is a jpg image file.

Body: In case of a successful response, the body of the Response Message is used to serve the Client/User with the resource asked for in the request. Although the body is optional, it is one of the most fundamental parts of the communication between the Client and Server and is sent most of the time. The body carries the data and can be in one of the many formats such as json, html, image, etc. which is accordingly specified in the headers.

In case of some errors, the body might provide the reason for the errors or the actions needed to complete the request successfully. Sometimes, it may have a link to guide the user to some other page.

Previous
Explain clearTimeout() function in Node.js
Next
What is a Fieldset in HTML ?
Related Articles
1. How to send HTTP response code in PHP?
2. Different types of module used for performing HTTP Request and Response in Node.js
3. Explain mean of 404 not found HTTP response code ?
4. Which HTTP response status codes result in then() and which in catch() ?
5. Ajax parsing response from http 409
6. Differences between Functional Components and Class Components in React
7. How to update the state of react components using callback?
8. How to share state across React Components with context ?
9. Why are HTTP cookies used by Node.js for sending and receiving HTTP cookies?
10. Difference between HTTP/2 and HTTP/1.1
Article Contributed By : 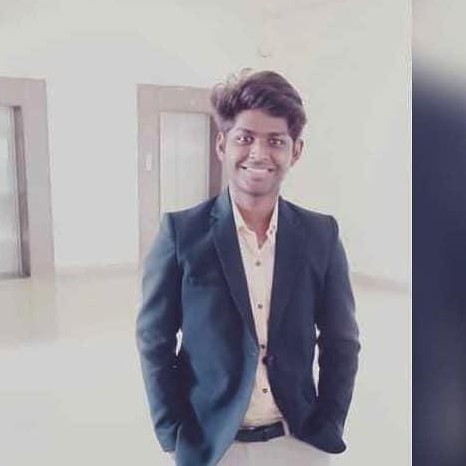