Folium library is a powerful data visualization library in Python used by people to visualize geospatial data and maps. With the Folium library, we can create map of any location in the world with the help of latitude and longitude of that location. We can also create interesting visualizations by superimposing markers as well as clusters of markers on top of the map. We can create maps of different styles such as street level, stamen map, and Mapbox Bright map. The maps can be created by Folium using the ‘map’ function. The maps are interactive which means we can zoom in and out after the map is created by specifying the zoom level according to our choice. The default map style is the open street map, which shows a street view of an area when we zoom in and show the borders of the world countries when we zoom out. Folium library has various features. One of the most important features is map styles with which we can create different map styles using the tiles parameter. The tiles include stamen tone, stamen terrain, etc. Stamen toner is used for visualizing features like river meanders and coastal zones. Another tile style is stamen terrain which is used for visualizing features like hill shading and natural vegetation colors.

These are high-contrast Black and White maps. They are used for data mashups and for exploring and visualizing river meanders and coastal zones.

Example 1: Stamen Tonner map of the world centered around Mumbai 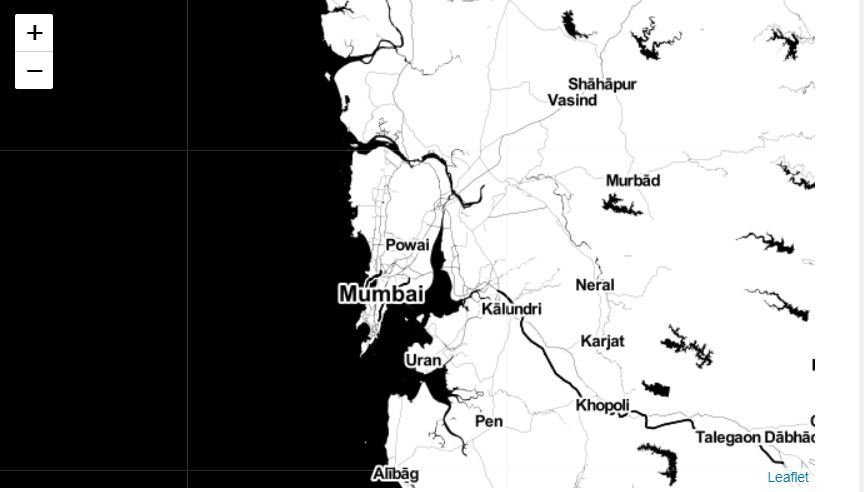 Example 2: Stamen Terrain map of the world centered around Mumbai 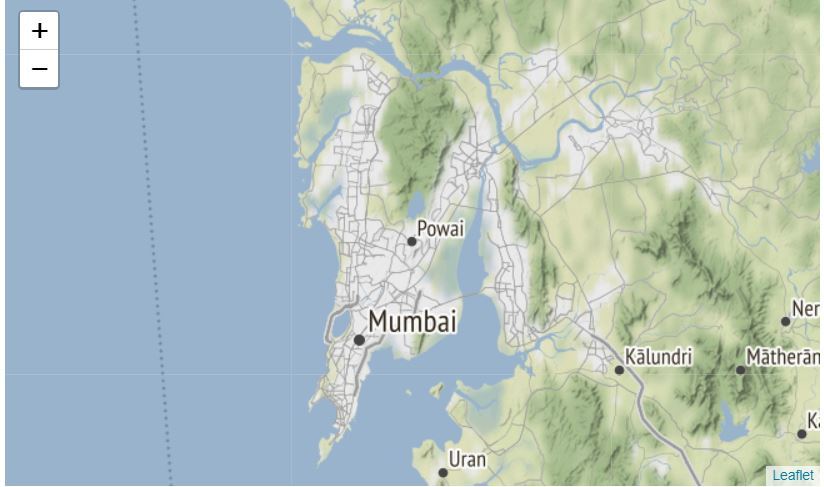 Example 3: Mapbox Bright map of the world centered around Mumbai 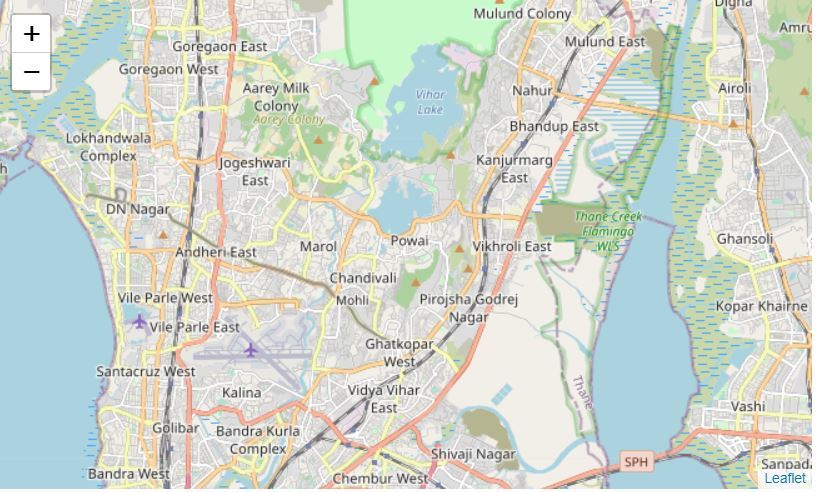 My Personal Notes arrow_drop_up
Previous
What is H - Index?
Next
Decimal Functions in Python | Set 2 (logical_and(), normalize(), quantize(), rotate() ... )
Recommended Articles
Page :
Python Bokeh – Plot for all Types of Google Maps ( roadmap, satellite, hybrid, terrain)
26, Jun 20
Self Organizing Maps - Kohonen Maps
01, Jul 20
Python | Get a google map image of specified location using Google Static Maps API
18, May 18
Plotting ICMR approved test centers on Google Maps using folium package
15, Jun 20
Google Maps Selenium automation using Python
24, Nov 20
Choropleth Maps using Plotly in Python
23, Feb 21
How to scrape data from google maps using Python ?
30, Apr 22
Differences and Applications of List, Tuple, Set and Dictionary in Python
16, Dec 20
Python | Using variable outside and inside the class and method
15, Feb 19
Releasing GIL and mixing threads from C and Python
28, Mar 19
Interquartile Range and Quartile Deviation using NumPy and SciPy
13, Jun 19
Django Request and Response cycle - HttpRequest and HttpResponse Objects
25, Sep 19
Python | Boolean List AND and OR operations
23, Oct 19
Text Detection and Extraction using OpenCV and OCR
13, Feb 20
Difference between 'and' and '&' in Python
02, Apr 20
OpenCV - Facial Landmarks and Face Detection using dlib and OpenCV
18, May 20
Create a DataFrame from a Numpy array and specify the index column and column headers
10, Jul 20
Replace the column contains the values 'yes' and 'no' with True and False In Python-Pandas
20, Jul 20
Python - Move and overwrite files and folders
14, May 21
Ceil and floor of the dataframe in Pandas Python – Round up and Truncate
20, Jul 20
Display the Pandas DataFrame in table style and border around the table and not around the rows
17, Aug 20
Login Application and Validating info using Kivy GUI and Pandas in Python
15, Aug 20
Create a Pandas DataFrame from a Numpy array and specify the index column and column headers
18, Aug 20
Pandas - GroupBy One Column and Get Mean, Min, and Max values
05, Aug 20
Article Contributed By :