While loop: In SQL SERVER, while loop can be used in similar manner as any other programming language. A while loop will check the condition first and then execute the block of SQL Statements within it as long as the condition evaluates true. 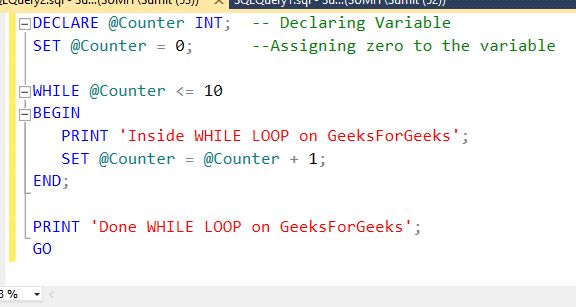 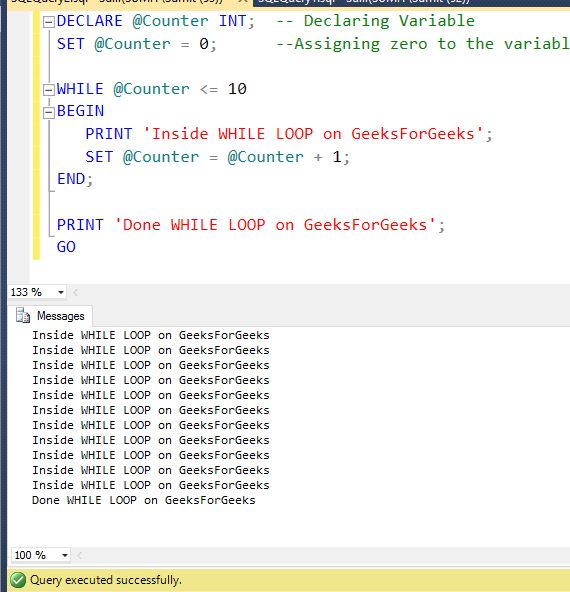 Break statement: BREAK statement as the name signifies is used to break the flow of control. It can be used in SQL in similar manner as any other programming language.

Example: While loop with Break statement 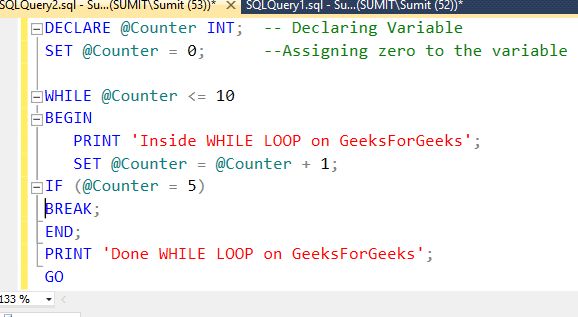 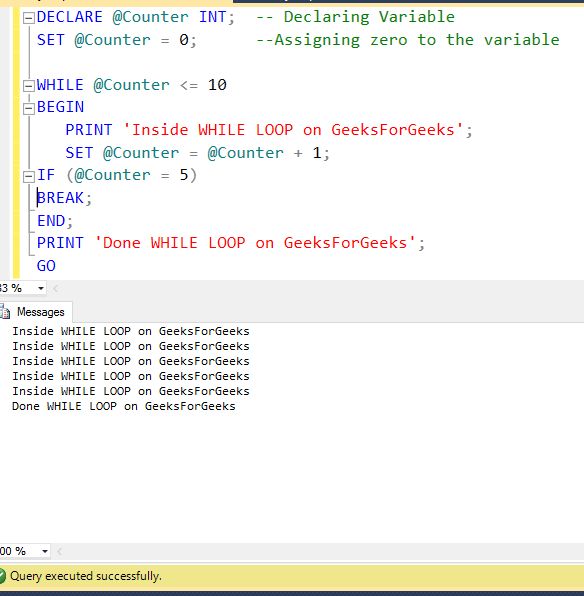 Note : In the example, when variables value became five, BREAK Statement is executed and the control gets out from the Loop.

Do-While loop: SQL server does not have the feature of do-while loop but by doing little modifications in while loop, the same behaviour can be achieved. 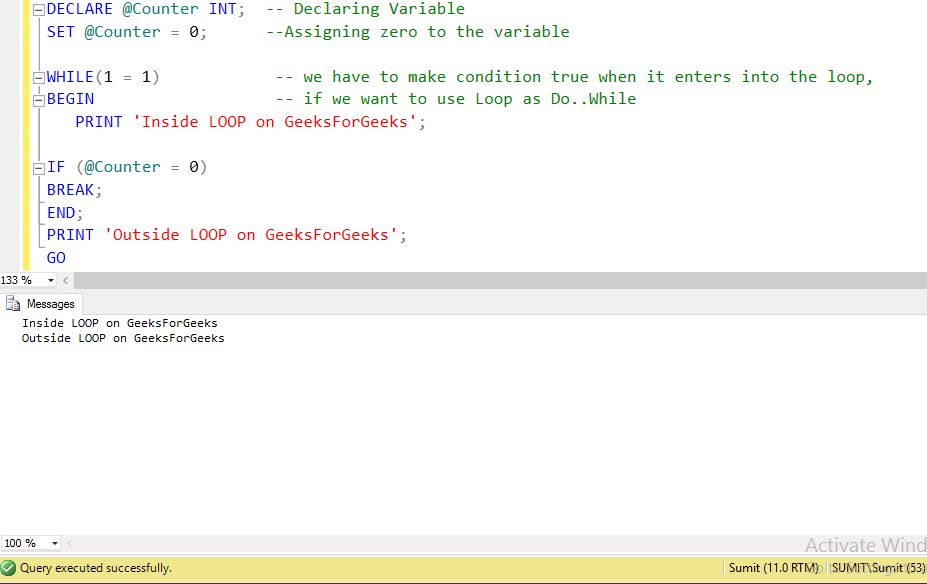 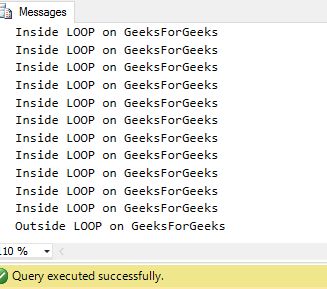 Paramaters:
1. Expression: The value to be compared to the list of conditions(Optional).
2. Con_1, Con_2, …Con_n: The conditions are required and are evaluated in the order they are listed. Once a condition is true, the CASE function will return the result and not evaluate the conditions any further.
3. Output1, Output2, …Outputn: The output to be printed once the condition evaluates true. 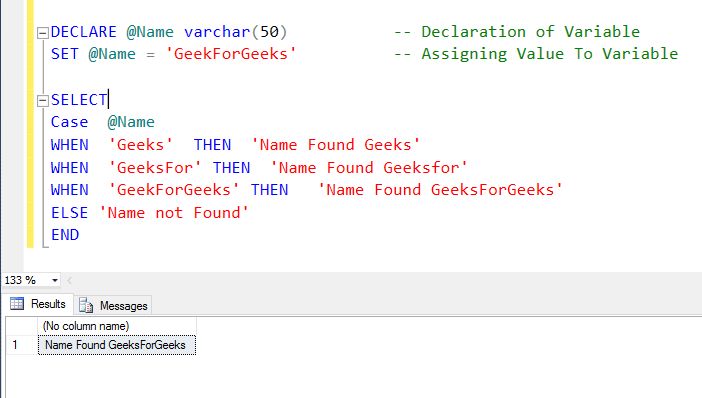