Structured Query Language(SQL) as we all know is the database language by the use of which we can perform certain operations on the existing database and also we can use this language to create a database. SQL uses certain commands like Create, Drop, Insert, etc. to carry out the required tasks. 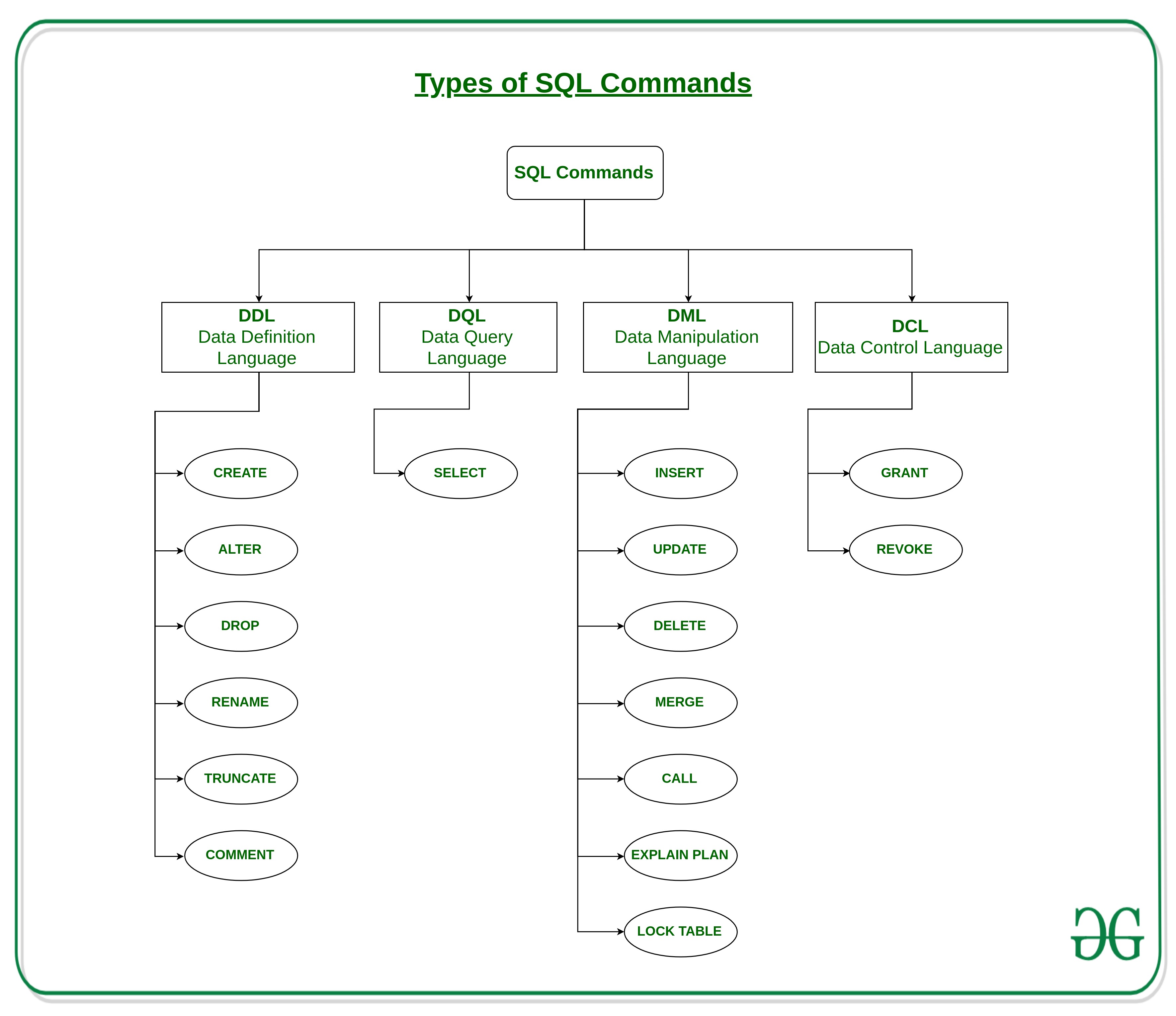 DQL statements are used for performing queries on the data within schema objects. The purpose of the DQL Command is to get some schema relation based on the query passed to it.

4.DCL(Data Control Language): DCL includes commands such as GRANT and REVOKE which mainly deal with the rights, permissions and other controls of the database system.

TCL(transaction Control Language): TCL commands deal with the transaction within the database.