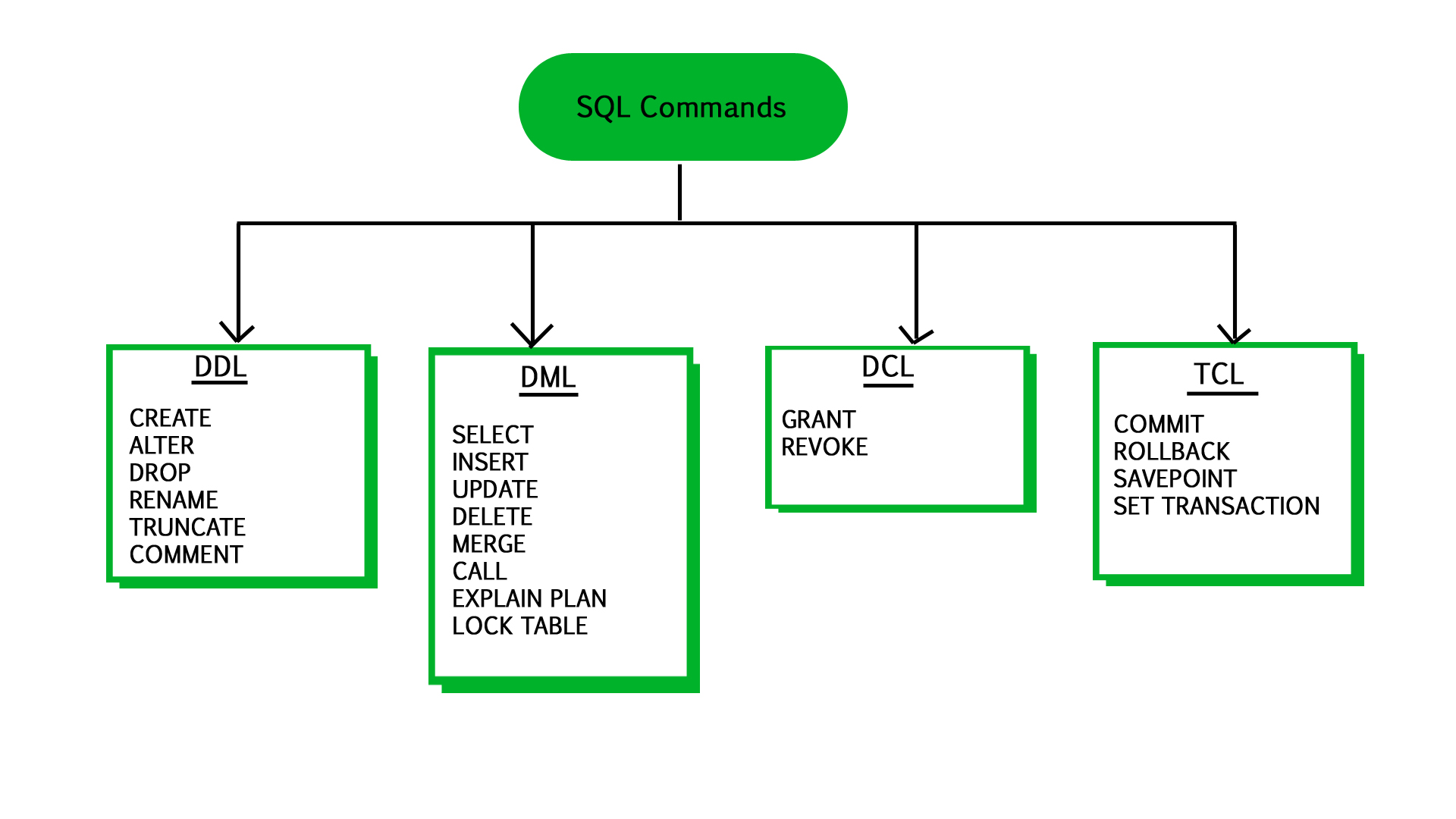 Execution of the above DDL statement creates the department table with three columns – dept_name, building, and budget; each of which has a specific datatype associated with it.

DML statements are used for managing data with in schema objects.
DML are of two types –

Example of SQL query that finds the names of all instructors in the History department :

The query specifies that those rows from the table instructor where the dept_name is History must be retrieved and the name attributes of these rows must be displayed.

A Data Control Language is a syntax similar to a computer programming language used to control access to data stored in a database (Authorization). In particular, it is a component of Structured Query Language (SQL).

The operations for which privileges may be granted to or revoked from a user or role apply to both the Data definition language (DDL) and the Data manipulation language (DML), and may include CONNECT, SELECT, INSERT, UPDATE, DELETE, EXECUTE and USAGE.

In the Oracle database, executing a DCL command issues an implicit commit. Hence, you cannot roll back the command.