Apache Kafka is a publish-subscribe messaging system. A messaging system lets you send messages between processes, applications, and servers. Broadly Speaking, Apache Kafka is software where topics (A topic might be a category) can be defined and further processed. Applications may connect to this system and transfer a message onto the topic. A message can include any kind of information, from any event on your Personal blog or can be a very simple text message that would trigger any other event. Read more about Kafka prior as already in the article, Spring Boot Kafka Producer Example we have discussed how we can publish messages to Kafka topics with Spring Boot. But in a complex program, we need to pass JSON objects into Kafka topics. So let’s see how can we do it in this article.

Prerequisite: Make sure you have installed Apache Kafka in your local machine for which do go through how to Install and Run Apache Kafka on Windows? 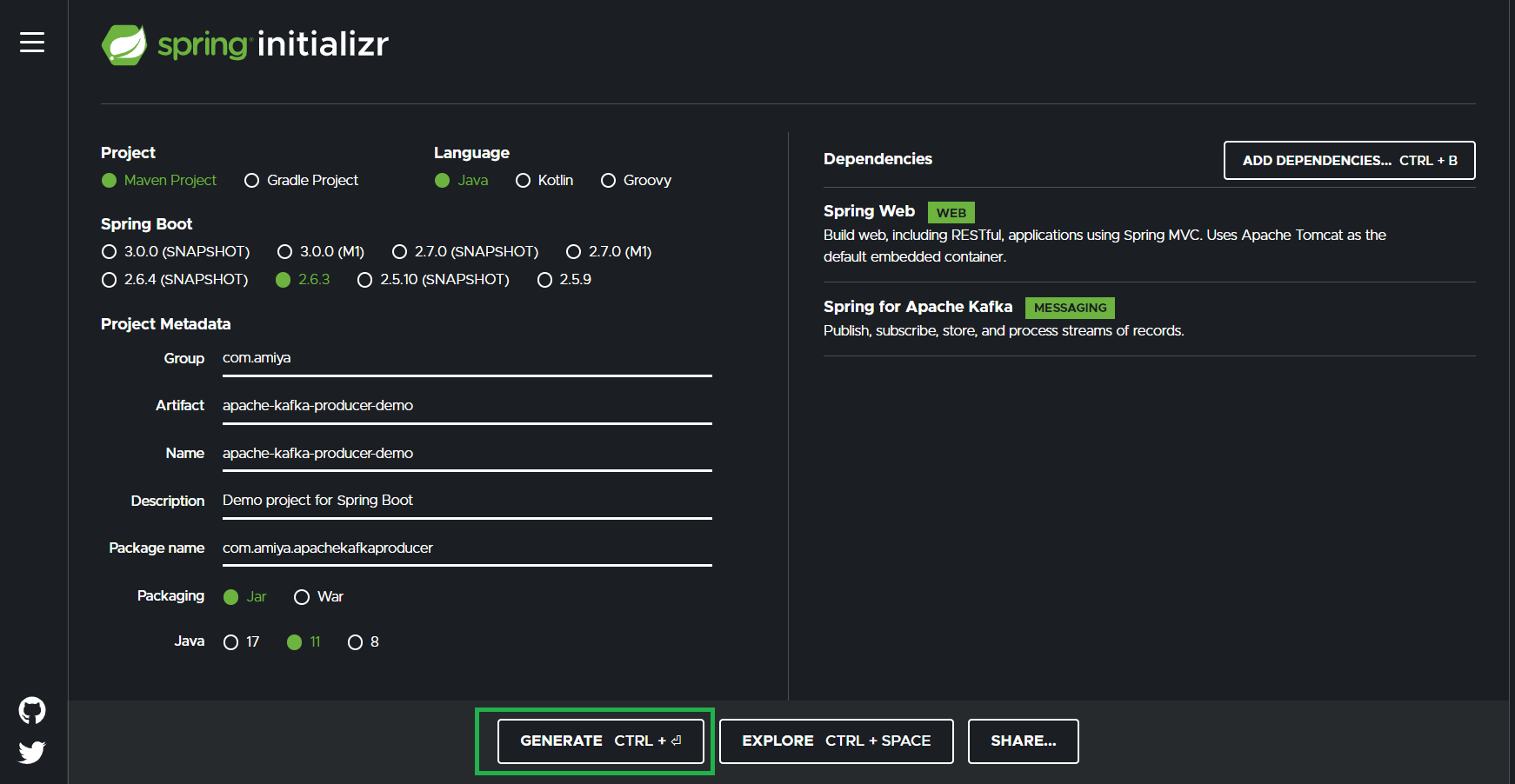 Step 5: Now we have to do the following things in order to publish JSON Object to Kafka topics with Spring Boot

Step 6: Now run your spring boot application. Make sure you have changed the port number in the application.properties file

Let’s run the Spring boot application inside the ApacheKafkaProducerApplication file 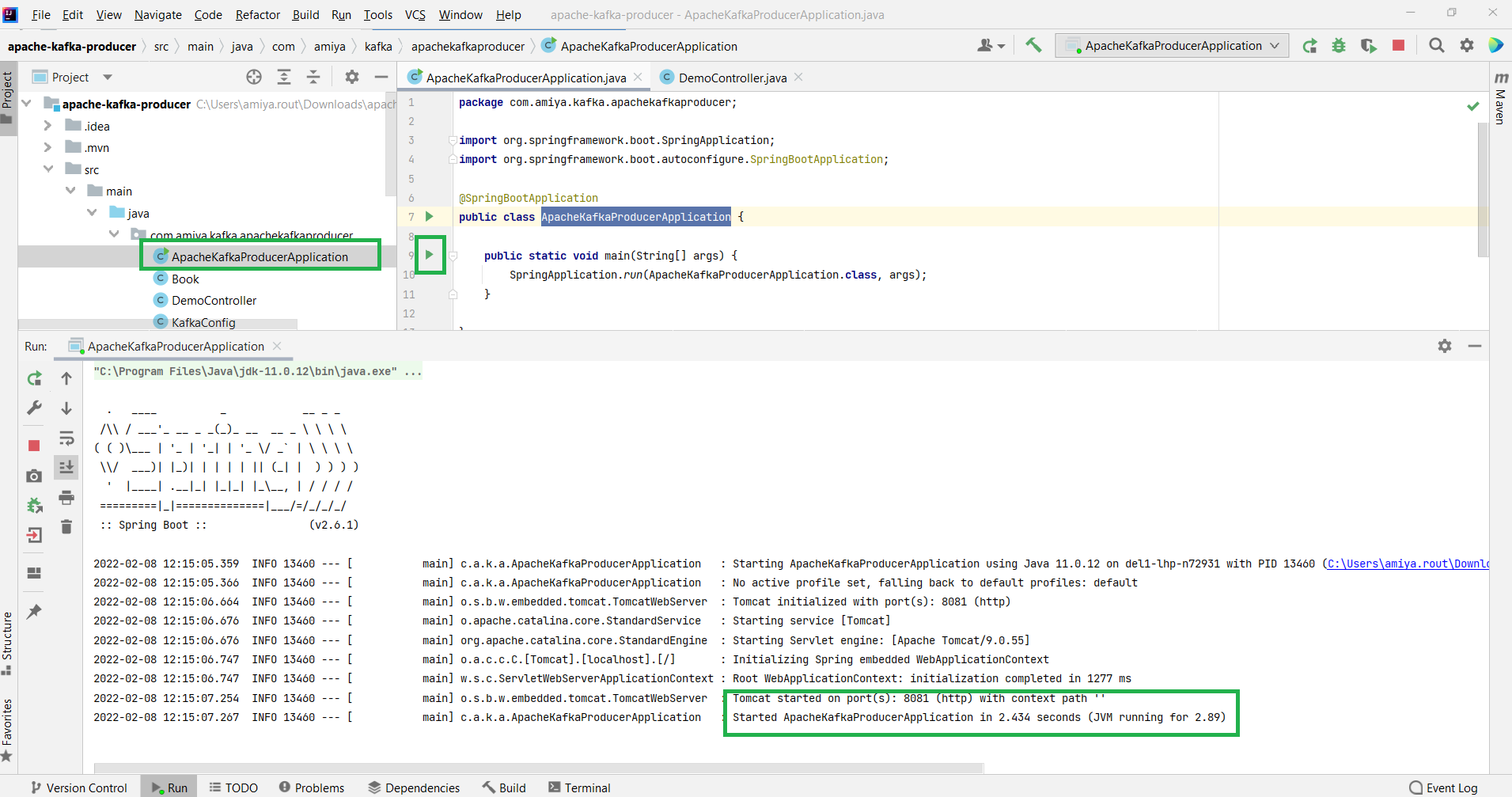 Step 7: Let’s test this URL in our Postman. Hit the following URL and in the request, body adds your data in JSON format as seen in the below image. And in the response, you can see the “Published Successfully” message has been returned.