Spring Boot is built on the top of the spring and contains all the features of spring. And is becoming a favorite of developers these days because of its rapid production-ready environment which enables the developers to directly focus on the logic instead of struggling with the configuration and setup. Spring Boot is a microservice-based framework and making a production-ready application in it takes very little time. Following are some of the features of Spring Boot:

For more information please refer to this article: Introduction to Spring Boot. In this article, we are going to discuss how to use MongoRepository to manage data in a Spring Boot application.

MongoRepository is an interface provided by Spring Data in the package org.springframework.data.mongodb.repository. MongoRepository extends the PagingAndSortingRepository and QueryByExampleExecutor interfaces that further extend the CrudRepository interface. MongoRepository provides all the necessary methods which help to create a CRUD application and it also supports the custom derived query methods.

Method 1: saveAll(): It saves all given entities.

Parameters: Entities, must not be null nor must they contain null.

Return Type: The saved entities; will never be null. The returned Iterable will have the same size as the Iterable passed as an argument.

Exception Thrown: IllegalArgumentException in case the given entities or one of its entities is null.

Method 2: insert(): Inserts the given entity. Assumes the instance to be new to be able to apply insertion optimizations. Use the returned instance for further operations as the save operation might have changed the entity instance completely.

rong>: entity – must not be null

Method 3. findAll(): Returns all instances of the type.

We will be making a Spring Boot application that manages a Book entity with MongoRepository. The data is saved in the MongoDB database. We use a RESTful controller.

Below is the complete code for the pom.xml file.

Step 3: Create 3 packages and create some classes and interfaces inside these packages as seen in the below image 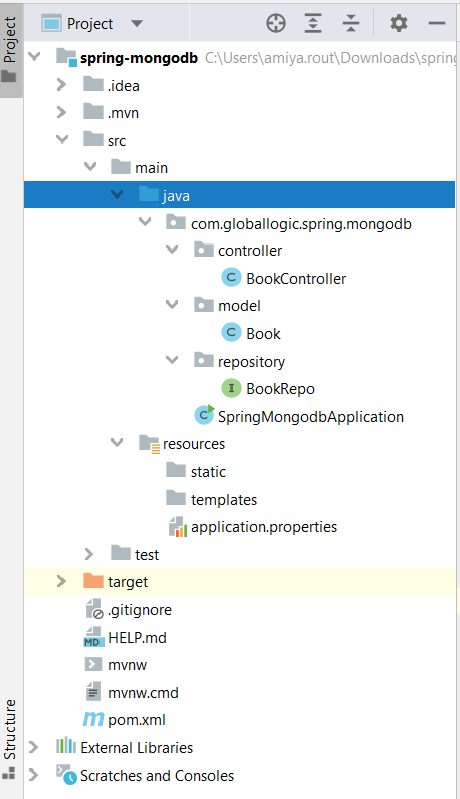 Creating a simple POJO class inside the Book.java file.

Create a simple interface and name the interface as BookRepo. This interface is going to extend the MongoRepository as we have discussed above.

Inside the package create one class named as BookController.

Step 7: Below is the code for the application.properties file

Step 8: Inside the MongoDB Compass 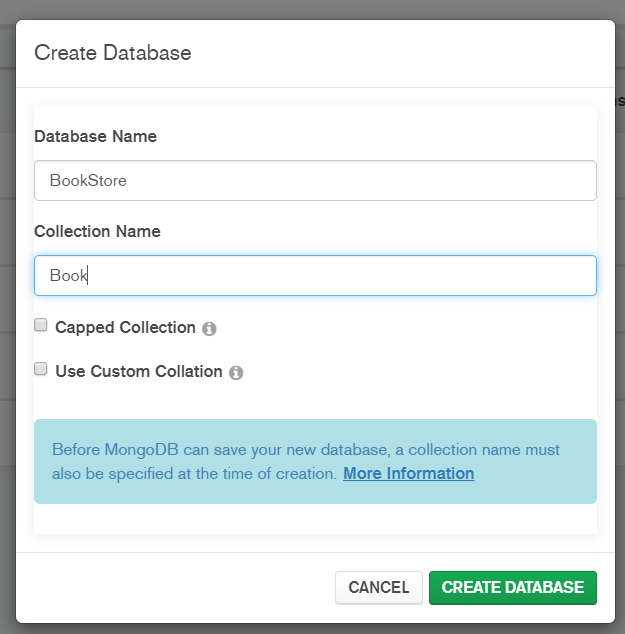 Now run your application and let’s test the endpoints in Postman and also refer to our MongoDB Compass. 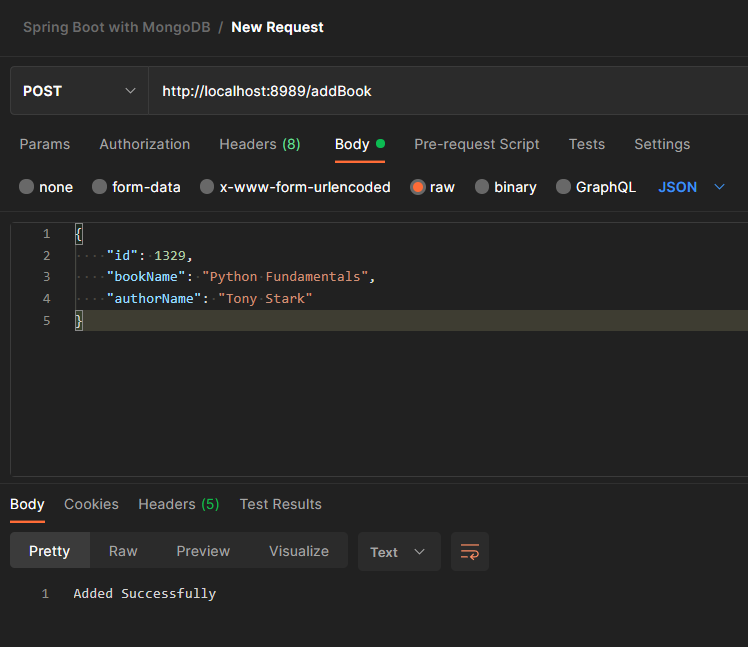 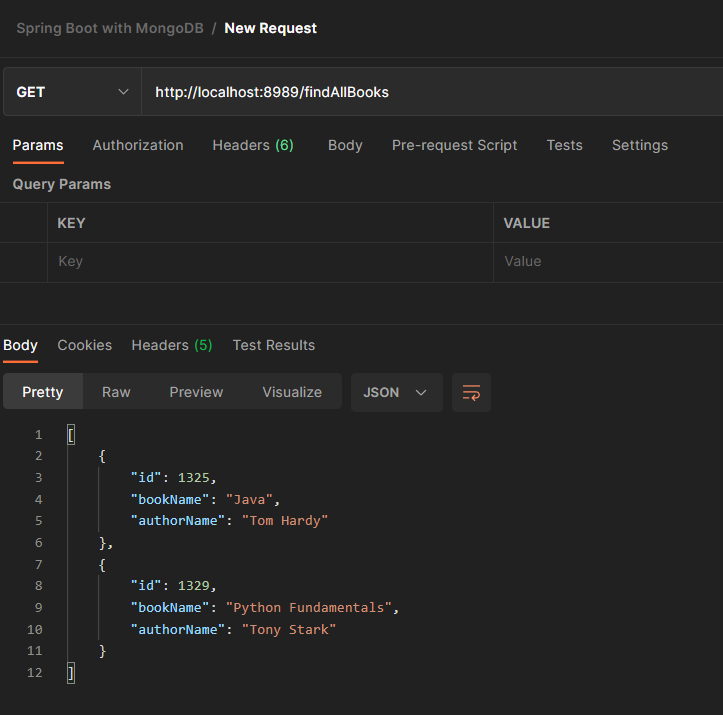 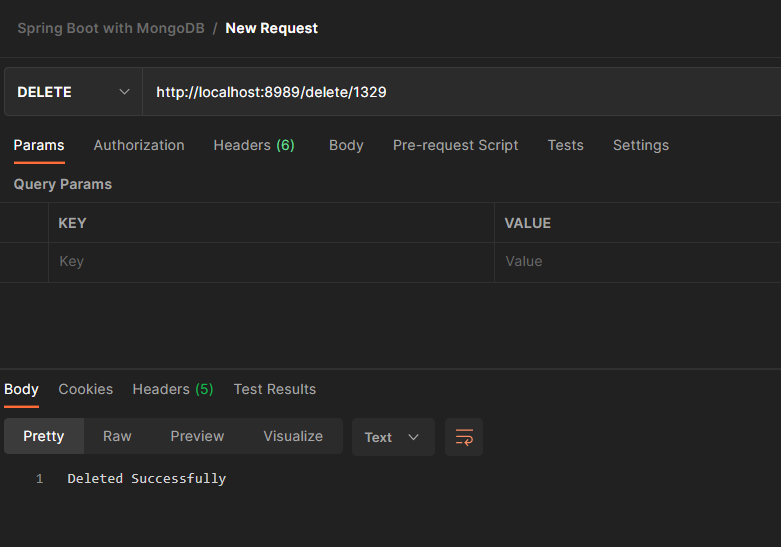 Finally, MongoDB Compass is as depicted in the below image as shown below as follows: 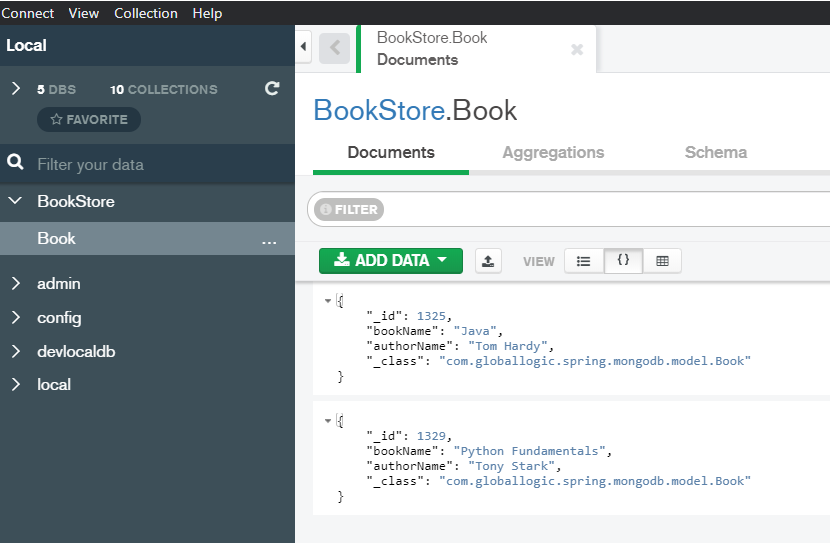