Aspect-oriented programming(AOP) as the name suggests uses aspects in programming. It can be defined as the breaking of code into different modules, also known as modularisation, where the aspect is the key unit of modularity. Aspects enable the implementation of crosscutting concerns such as transaction, logging not central to business logic without cluttering the code core to its functionality. It does so by adding additional behavior that is the advice to the existing code. For example- Security is a crosscutting concern, in many methods in an application security rules can be applied, therefore repeating the code at every method, defining the functionality in a common class and control were to apply that functionality in the whole application. In this article, we will be covering a working example of After Returning Advice.

After Returning Advice is executed after a join point method is executed successfully.  It is denoted by @AfterReturning annotation. If any exception is raised from the method, then after returning advice will not be executed.

Step 5: Click on the Generate button. A zip file will be downloaded into the system. Extract it. 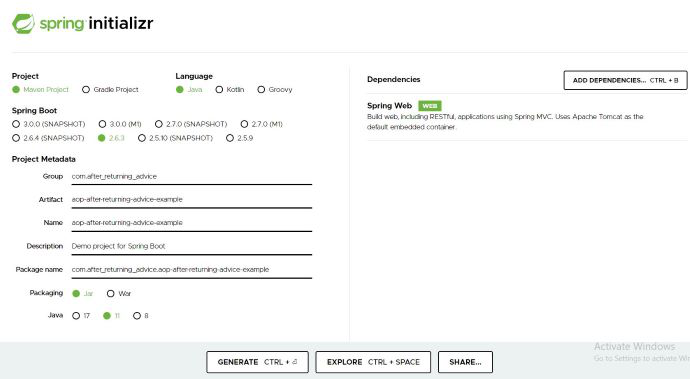 Step 6: Import the folder in the IDE by using the following steps:

File -> Import -> Existing Maven Projects -> Next -> Browse -> Look for the folder aop-after-returning-advice-example -> Finish. When the project is imported, it will install the dependencies. Once it is done, follow the next steps.

Step 7: Add the dependency for spring AOP in pom.xml

Save the changes and it will download the jars. Once it is done, move ahead with the next steps.

Note: If the jars are not added properly, you may get some errors.

Step 8: Create a package with the name com.after_returning_advice.model. and add a Student model class to it.

Step 9: Create a package with the name com.after_returning_advice.service and add a Student Service class to it. Add a method to add students with given name arguments.

Step 10: Create a package with the name com.after_returning_advice.controller. and add a Student Controller class to it. Add a method to handle Get requests and call Student Service from it.

Step 11: Create a package with the name com.after_returning_advice.aspect and add a Student Service Aspect class to it. Here we will add our Advice method and PointCut expression.

Step 12:  We are done with the code structure. Now to run the application, start the application as “run as boot application”. Open the browser and hit the following URL to make a get request call: http://localhost:{portNumber}/add?firstName={fname}&secondName={sname}

For the demo, we are hitting URL with fname as Harry and sname as Potter. In this case, the method will be executed normally.

When we hit URL with fname as Tom, the service method will throw an exception. The After Returning advice will not be executed. 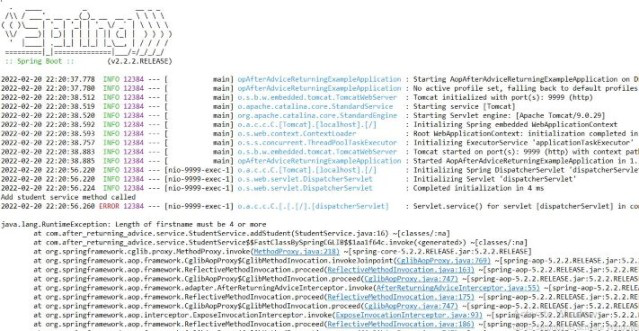 As seen in the output, after returning advice is called after the service method is executed successfully. 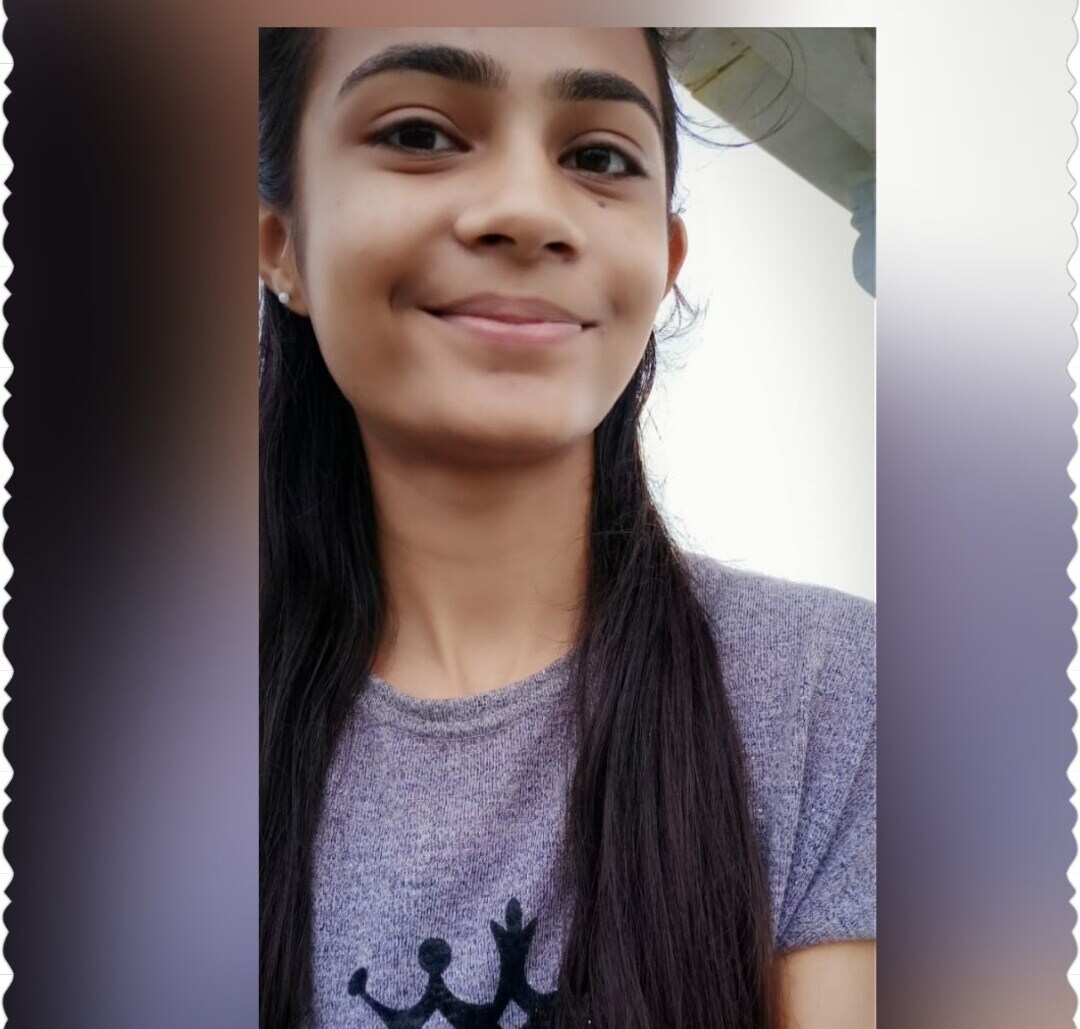