Strided and Fixed attention were proposed by researchers @ OpenAI in the paper called ‘Generating Long Sequences with Sparse Transformers ‘. They argue that Transformer is a powerful architecture, However, it has the quadratic computational time and space w.r.t the sequence length. So, this inhibits the ability to use large sequences. That’s why they also propose a new Sparse transformer, which reduces the time complexity to O(n(1+1/p)) where p>1 (p ~=2) by making some changes in Transformer architecture, 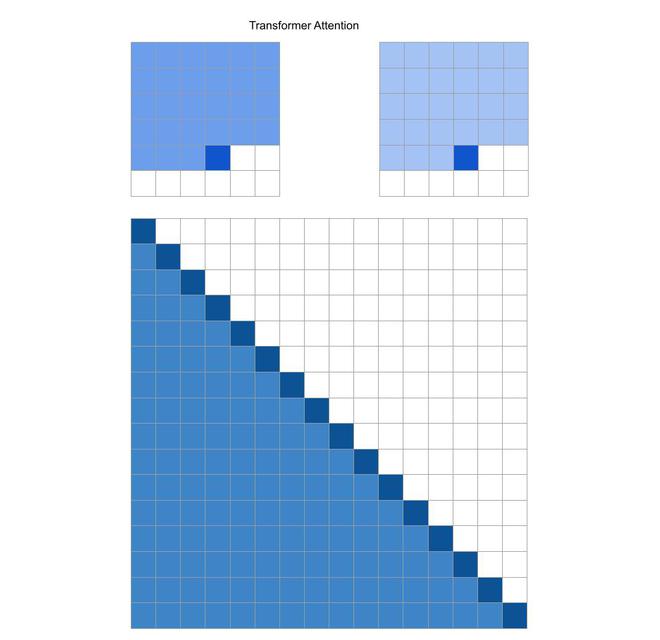 In the figure above, a standard transformer processing an image of 6×6 and 2 attention heads. The above row indicates a 6×6 image, which positions two attention heads receive as input when computing a given output. The bottom row indicates connectivity matrix b/w all such outputs(rows) and inputs(columns). We will follow this convention in future images as well.

Let’s consider an auto regressive sequence generation problem, where the joint probability of a distribution x ={x1,x2,..xn} is the product of conditional probability, parameterized by

Here, images, audio, video can also be treated as a sequence of raw bytes.

The network takes on the sequence input and outputs a categorical distribution over v, where v is the size of vocabulary which is obtained after softmax on output of network \theta.

A good choice for this type of model is Transformer. However, Transformer requires computing self-attention matrix which requires O(n2) computability. Hence, the authors of this paper made some modifications to the transformer architecture. Let’s discuss these modifications in detail.

where, S_i denote the set of indices of input vector to which the ith output vector attends. Self-attention can be expressed by the following expression: 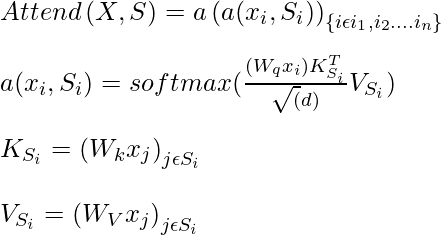 where, Wq, Wk Wv are the weights ,

Additionally, the author looked for choices of A such that so that all inputs are connected to all future output positions across the p attention steps.

For every pair j<=i, the authors set every A such that i can attend to j through a path of locations with maximum length p+1.

One of the approach of predicting the current pixel in two-dimensional is that the one head attends to l previous pixel and other head attends to every lth location where l is called stride, and it’s value is chosen to be \sqrt{n}. In this pattern, the first head attends

The stride attention can be represented by the following equations:

This pattern of attention works when data inherently has some kind of pattern that aligns with the stride like images data and music data. This won’t work for dataset which didn’t contain any periodic pattern and fail to communicate information b/w attention head. 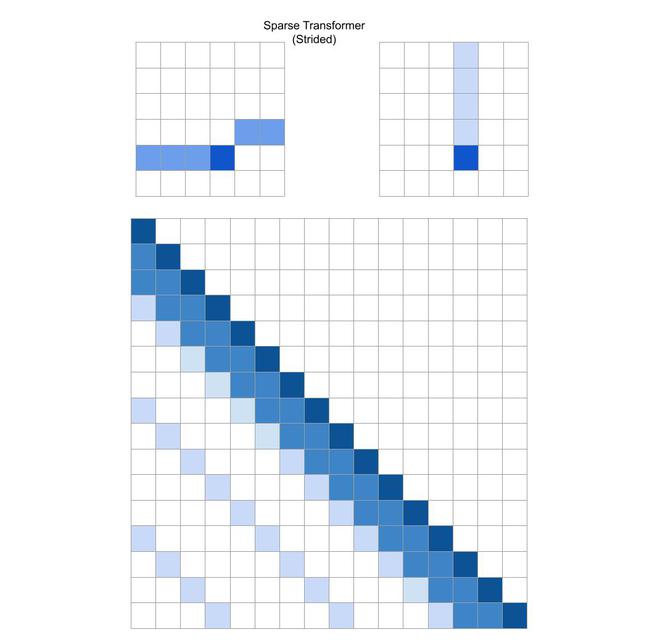 In the case where there is a lack of structure and periodicity in the data, the authors propose a method for two-dimensional factorization called fixed attention, where specific cells summarize the previous locations and propagate the information to all future cells. This can be mathematically represented by the following equations:

where, t= l-c and c is hyper parameter. 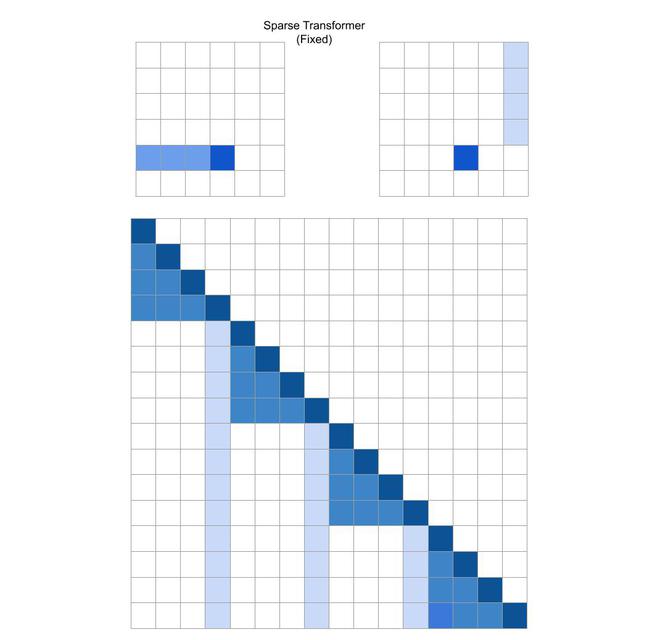 The standard dense attention performs a linear transformation of the attend function:

where, Wp is post-attention weight matrix. However, from the above methods, we know that we have more than one attention heads, so how do we integrate them. The author proposes three methods to perform this:

Here, r is the current residual block and p is a number of attention heads.

The authors of this paper make some important changes in the architecture in order to make it easier to train the transformer of many layers, first they use the pre-activation block similar to residual block used in ResNet paper

where Wout is the matrix of weights, resblock(h) normalizes the input and position wise feed forward the attention in following way:

Here, the norm function denotes layer normalization, and ff is an activation function, the right choice of ff is Gauss Error Linear Unit according to authors.

To encode the spatial relationship of the data, the Transformer mostly uses position based embedding and other location-specific architecture. The authors also concludes that position wise embedding is best for the model. The authors calculate these embeddings as follows:

Where nemb = ddata(dimension of data) or nemb = dattn(dimension of attention). For the image data, the nemb =3  (ddata =3 width* height* channels), for the text and audio data, nemb =2  because dattn =2 and the index here corresponds to each position’s row and column index in a matrix of width equal to the stride. Here, xi is the one-hot encoded ith element in the sequence, and oi(j) represents the one-hot encoded position of xi in jth dimension.

Gradient checkpointing was the technique devised by OpenAI researchers that let users fit 10x bigger models into the GPU at the cost of 20% extra computations. It is particularly effective for training self-attention layers when long sequences are processed as they require high memory uses.

Using recomputation only, the authors are able to fit a sequence of length 16,384 (2^14) with 100s of the layer which would be otherwise infeasible even with modern architecture.

The sparse attention masks for strided and fixed attention can be computed by slicing-out parts of the queries, keys and values matrices and computing the product in blocks. Moreover, the upper triangle of the attention matrix is never computed, reducing the number of operations to half.

The network weights are stored in single-precision floating-point, but, network activation and gradients are computed in half-precision. This helps us accelerate the model training on Nvidia V100 GPU.