In this article, we will discuss the difference between sort(), partial_sort(), and nth_element()+sort().

Below is the illustration of the above functions:

Below is the benchmark comparison between three algorithms, varying N from 0 to 107(X-axis in the graph): 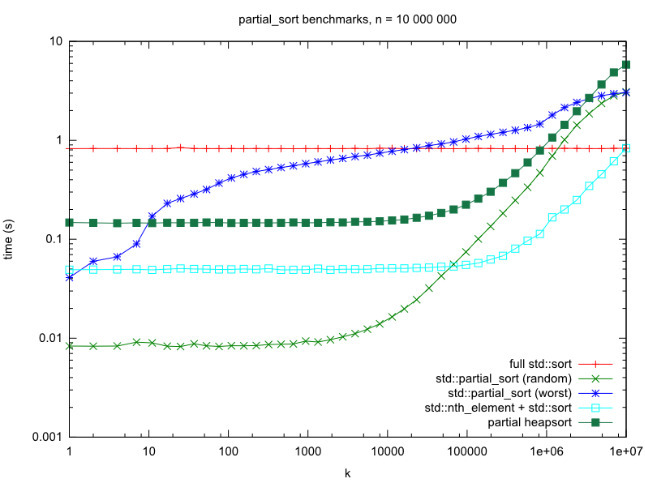 The nth_element() + sort() solution is asymptotically fastest, and performs better results for larger K(which is most of them note the logarithmic scale). But it does lose to partial_sort() on random input for K < 70000, by up to a factor of 6.