Stability Testing is a type of Software Testing to check the quality and behavior of the software in different environmental parameters. It is defined as the ability of the product to continue to function over time without failure.

It is a Non-functional Testing technique that focuses to stress the software component to the maximum. Stability testing is done to check the efficiency of a developed product beyond normal operational capacity that is known as break point. It has higher significance in error handling, software reliability, robustness and scalability of a product under heavy load rather than checking the system behavior under normal circumstances.

Stability testing assesses stability problems. This testing is majorly intended to check whether the application will crash at any point in time or not. 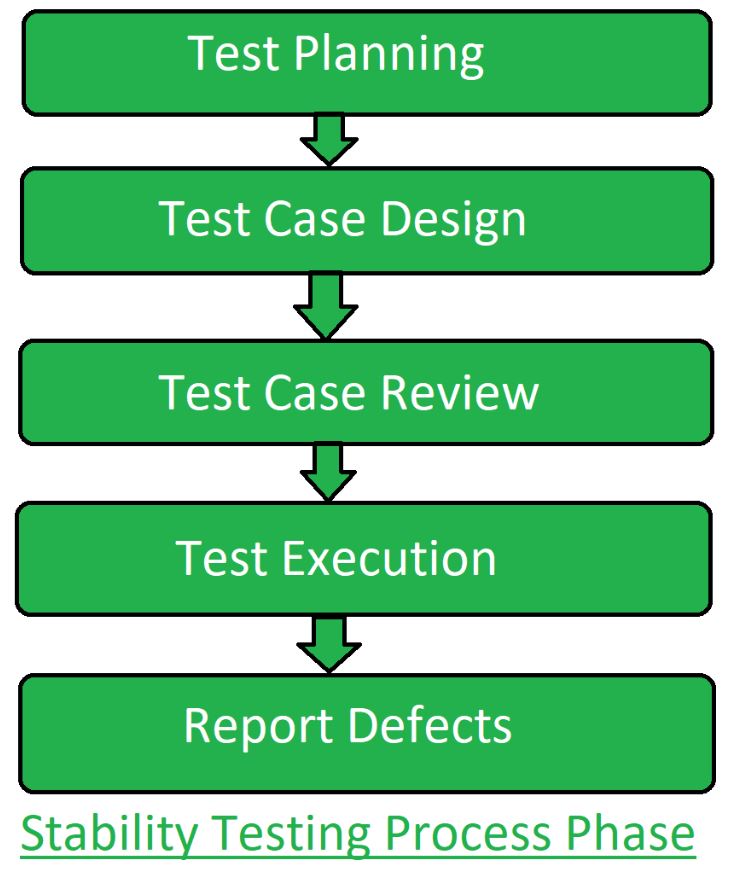 Effects of not performing Stability Testing: