The design phase of software development deals with transforming the customer requirements as described in the SRS documents into a form implementable using a programming language. The software design process can be divided into the following three levels of phases of design:

Elements of a System: 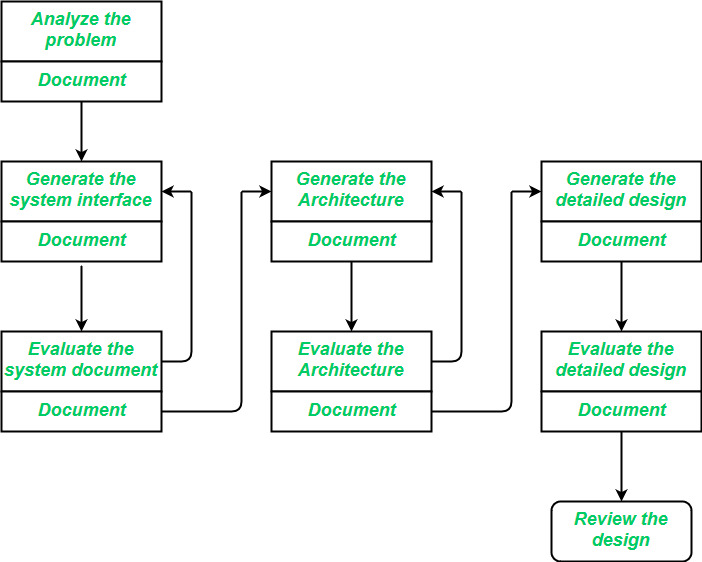 Interface Design: Interface design is the specification of the interaction between a system and its environment. this phase proceeds at a high level of abstraction with respect to the inner workings of the system i.e, during interface design, the internal of the systems are completely ignored and the system is treated as a black box. Attention is focused on the dialogue between the target system and the users, devices, and other systems with which it interacts. The design problem statement produced during the problem analysis step should identify the people, other systems, and devices which are collectively called agents. Interface design should include the following details:

The architectural design adds important details ignored during the interface design. Design of the internals of the major components is ignored until the last phase of the design. Detailed Design: Design is the specification of the internal elements of all major system components, their properties, relationships, processing, and often their algorithms and the data structures. The detailed design may include: