Waterfall model is also known as traditional waterfall software life cycle model. It is very simple to understand and use. In the waterfall model, each phase must be completed before the next phase can begin and there is no overlapping in the phases.

Classical waterfall model divides the life cycle into a set of phases. The waterfall model considers that one phase can be started after completion of the previous phase, which is the output of one phase will be the input to the next phase. Due to this the development process can be considered as a sequential flow in the waterfall. Here the phases do not overlap with each other.

This model divides the life cycle of a software development process into the phases as shown in the figure. 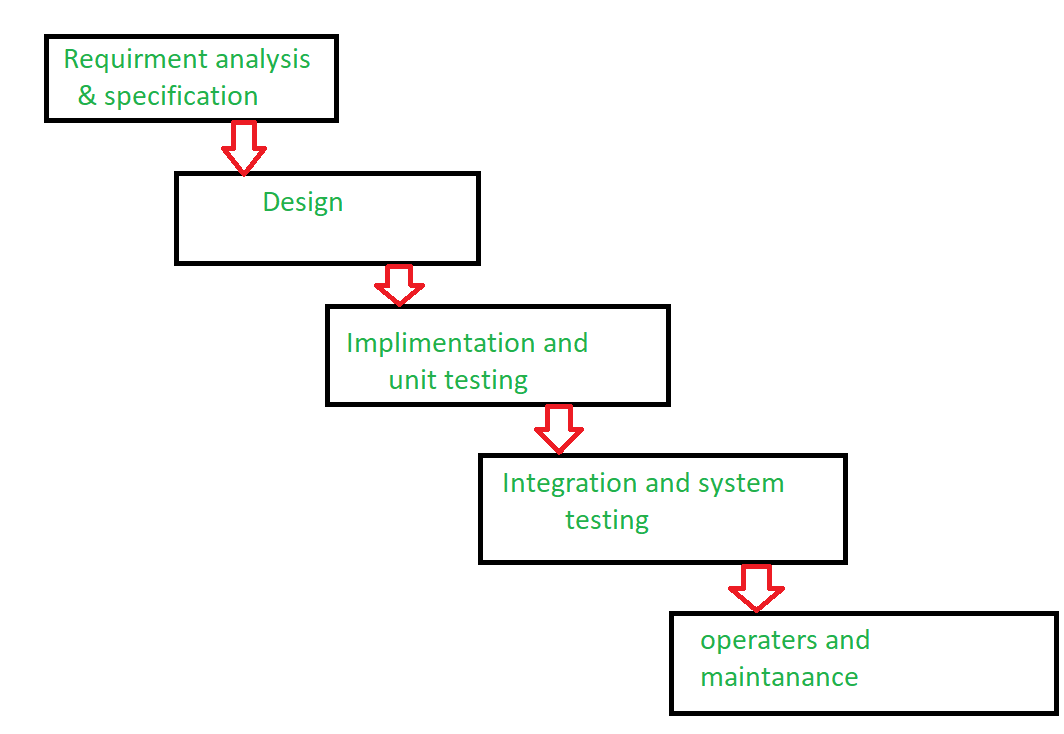 There are some reasons which are given below due to this waterfall model fails.