Cohesion: Cohesion is the indication of the relationship within the module. It is the concept of intra-module. Cohesion has many types but usually, high cohesion is good for software.

Coupling: Coupling is also the indication of the relationships between modules. It is the concept of the Inter-module. The coupling has also many types but usually, the low coupling is good for software. 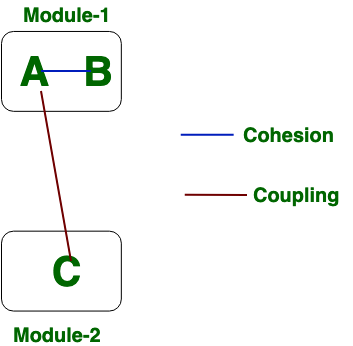