OSINT is the process of gathering information about the person or the organization through open source means. We can collect lots of information only from a single username or email address. All the linked profile URLs can be collected by running an automated script. SocialScan is the tool that helps the tester to collect information about the individual from publicly available data. SocialScan tool is an automated script or tool developed in the python language. SocialScan tool finds the associated URLs list of the victim linked with popular platforms like Snapchat, Instagram, GitHub, etc. This collected information can be used to study the victim more closely and perform a Social Engineering attack. SocialScan tool is an open-source script and free-to-use. 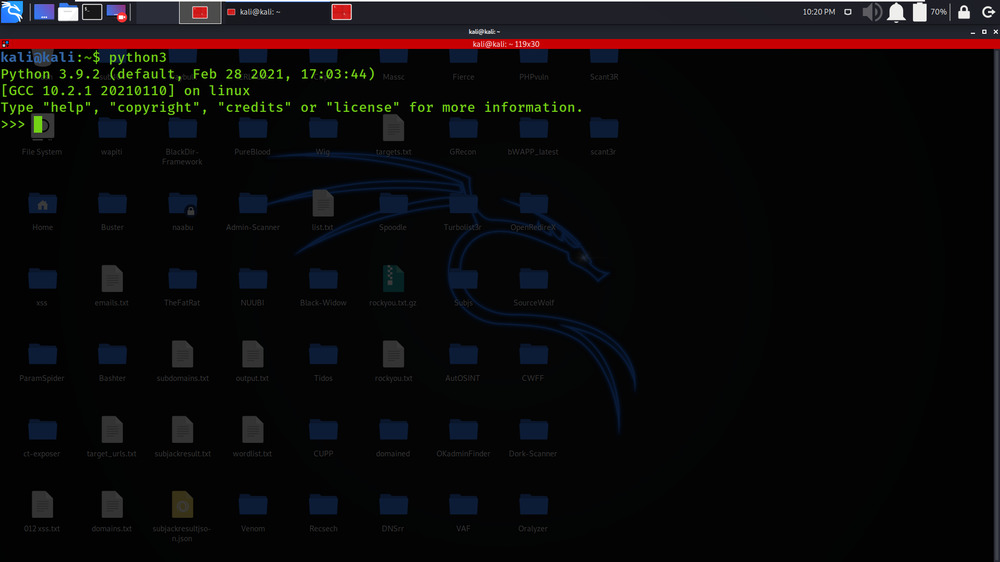 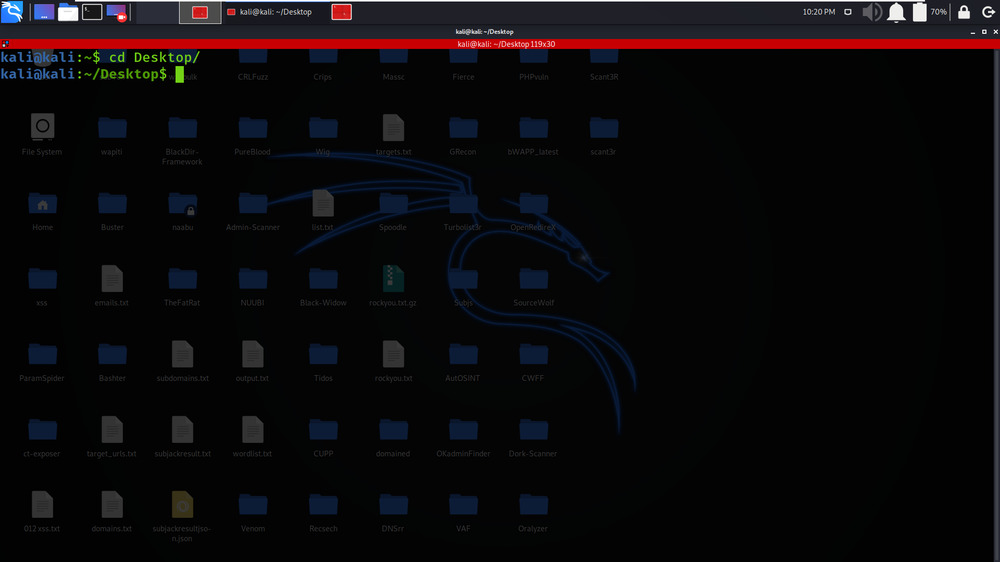 Step 3: You are on Desktop now create a new directory called SocialScan using the following command. In this directory, we will complete the installation of the SocialScan tool. 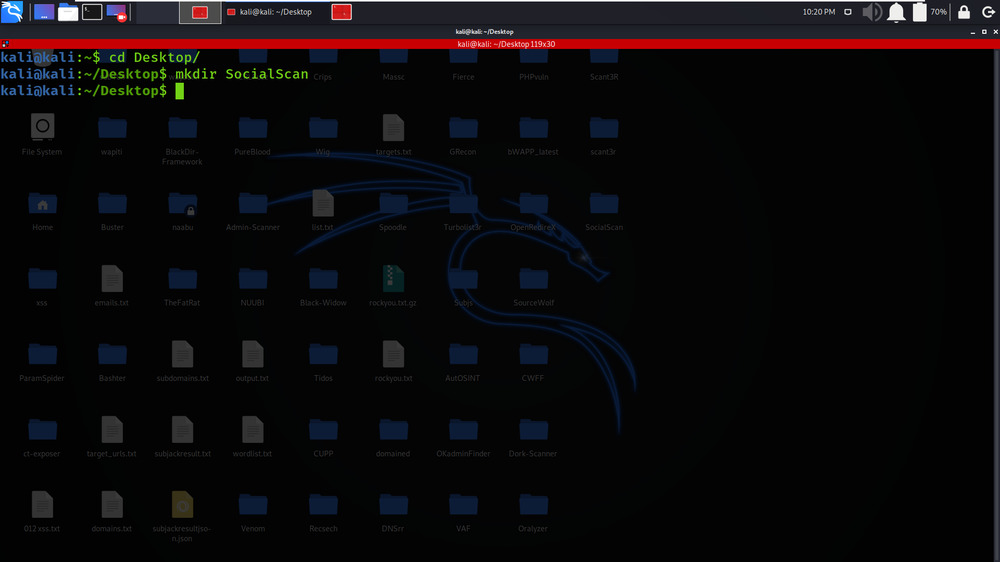 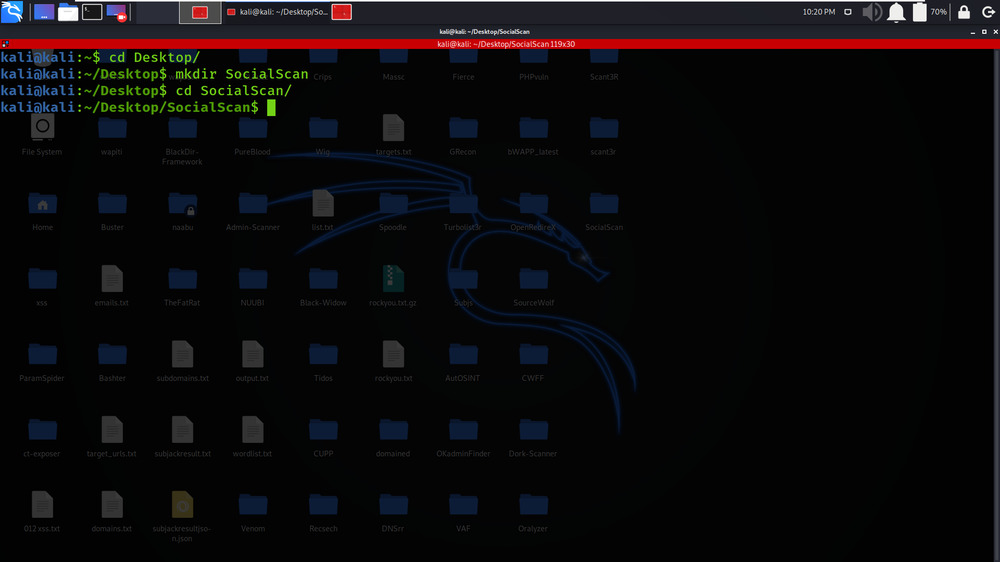 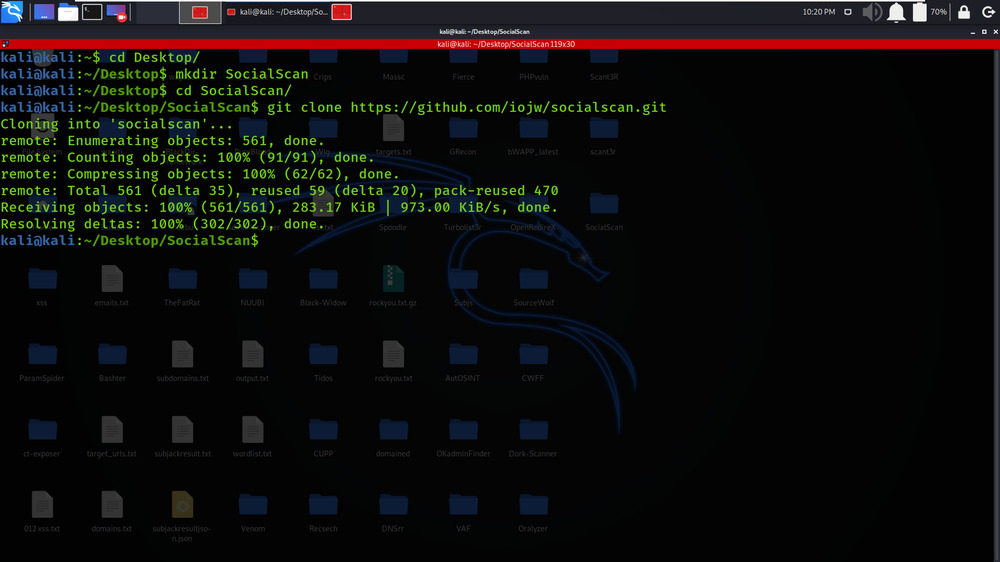 Step 6: The tool has been downloaded successfully in the SocialScan directory. Now list out the contents of the tool by using the below command. 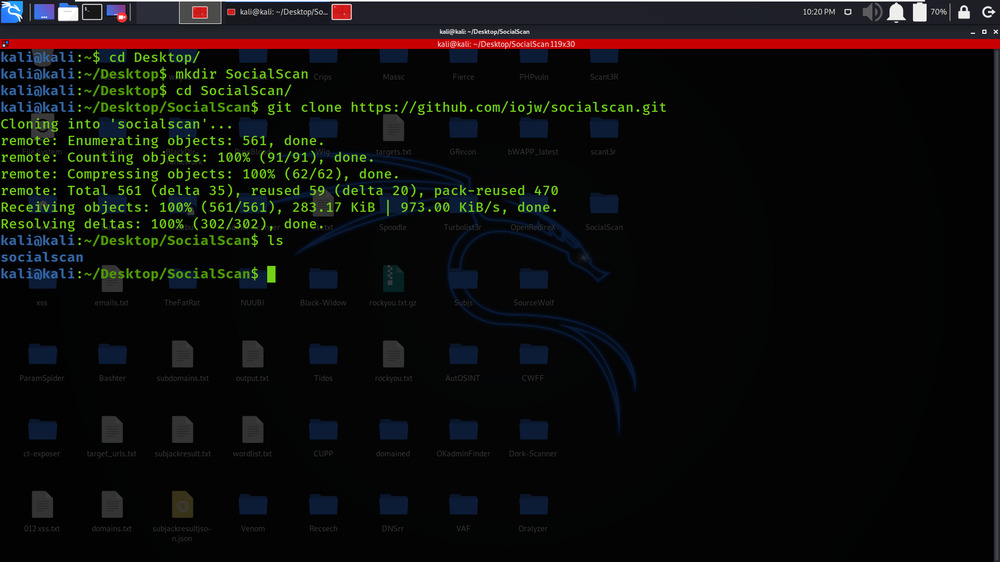 Step 7: You can observe that there is a new directory created of the SocialScan tool that has been generated while we were installing the tool. Now move to that directory using the below command: 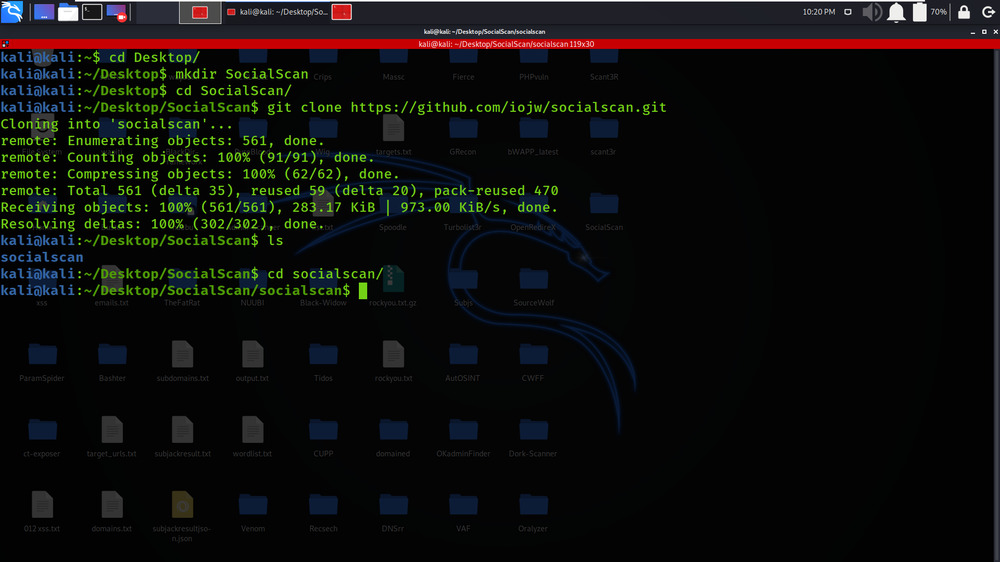 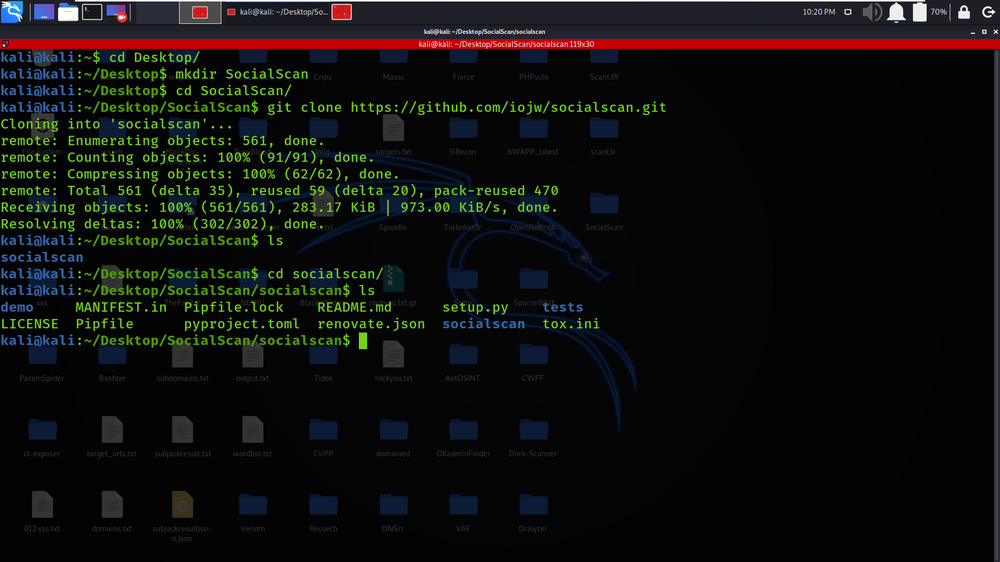 Step 9: Run the setup.py file to complete the installation. 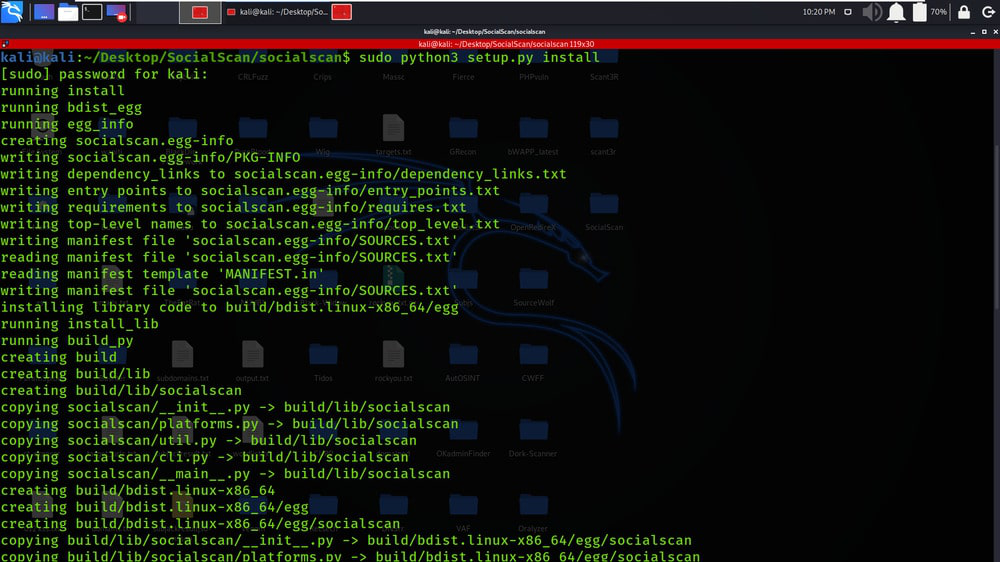 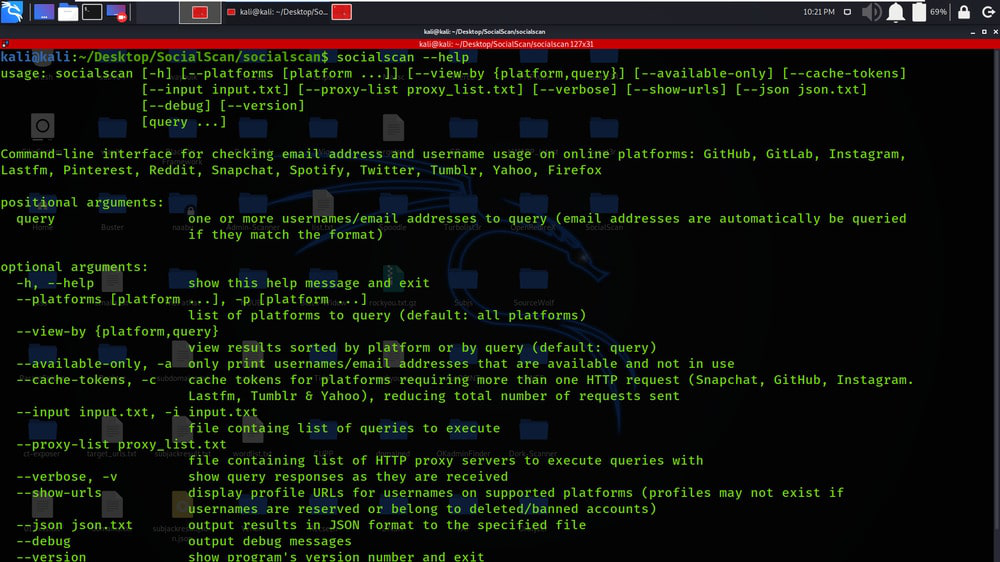 1. In this example, We will be checking the availability of users on popular platforms. We are checking for the geeksforgeeks user. 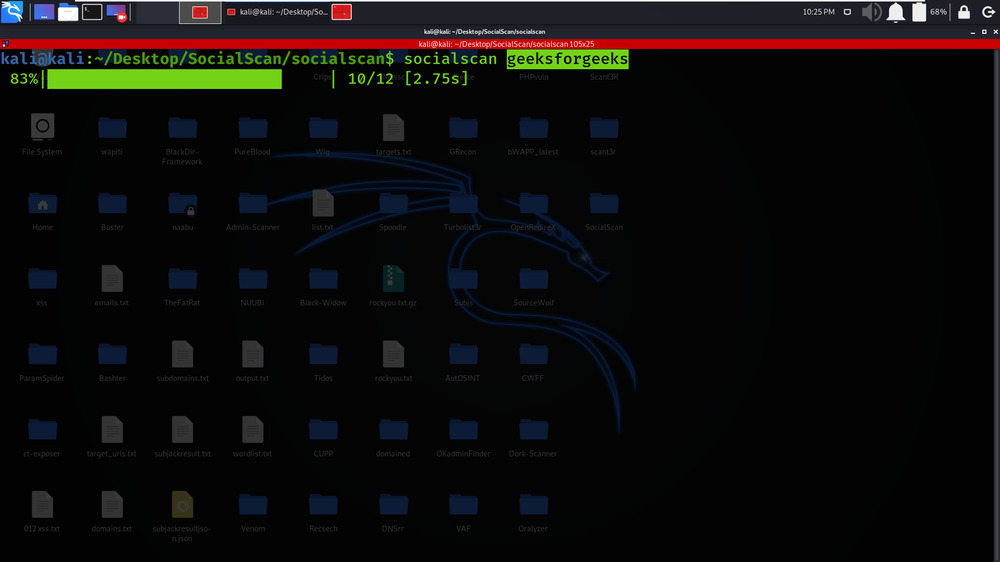 2. In the below Screenshot, We have got the platforms list on which geeksforgeeks user has their identity. 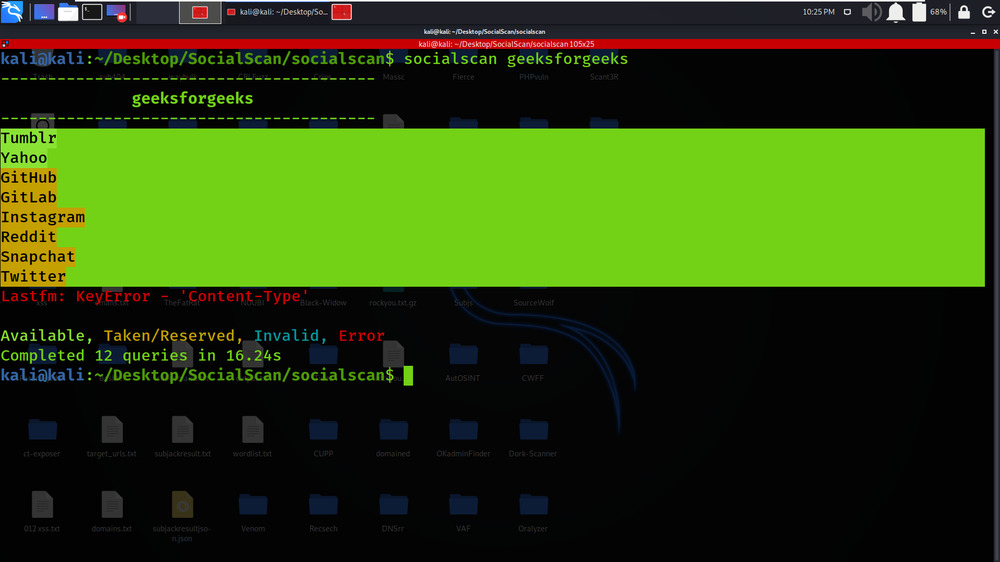 1. In the below Screenshot, We are checking the email address available on the internet. 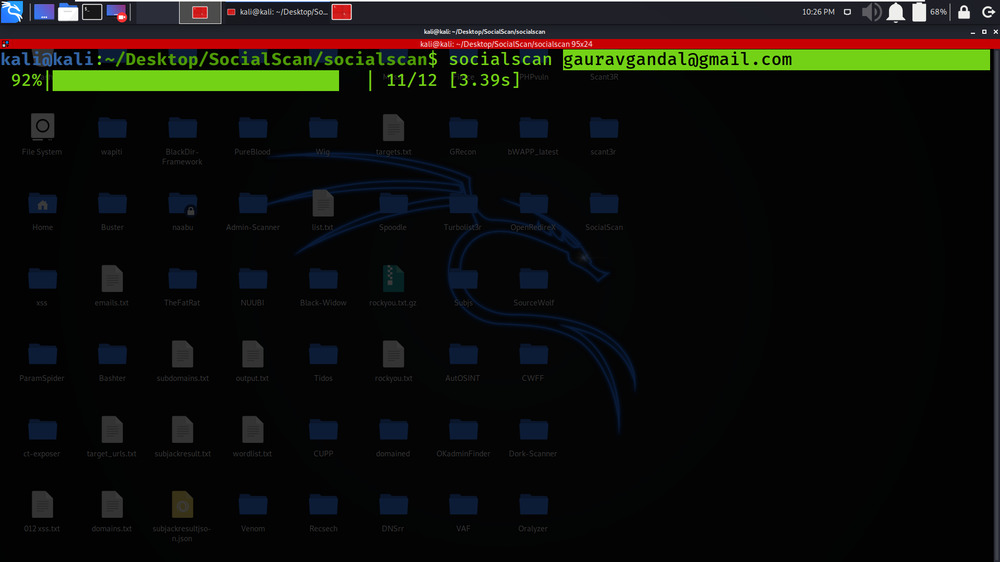 2. In the below Screenshot, We have got the list of platforms on which the specifies email address is active. 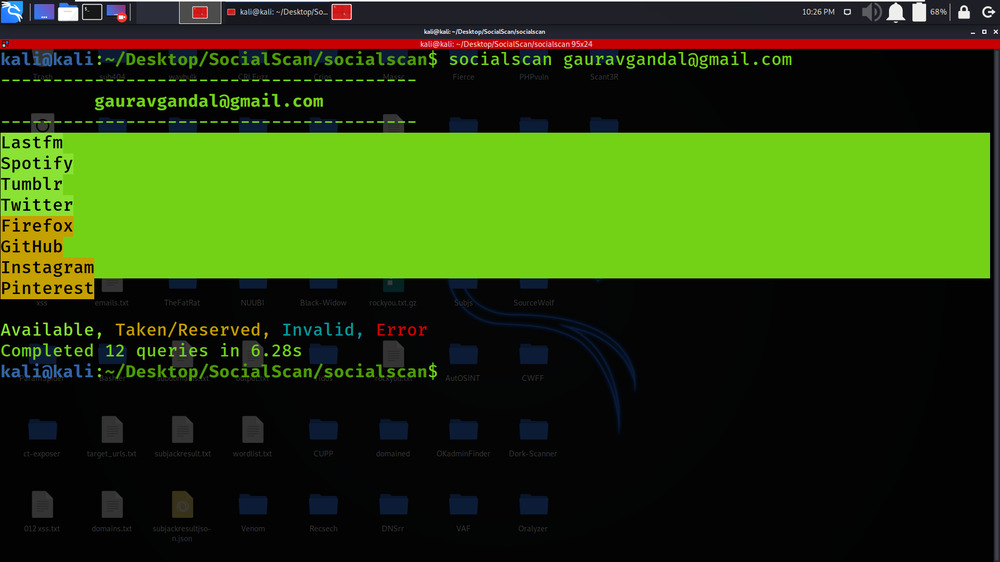 In this example, We are printing the version of the SocialScan tool. –version tag is used to print the version. 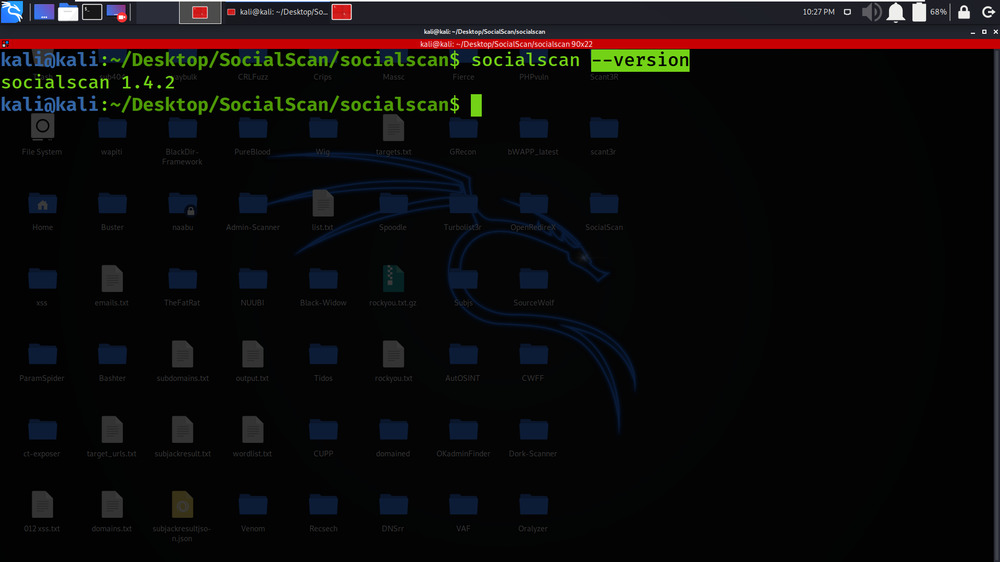 1. In this example, We will be printing the associated URLs of users active on various popular platforms. –show-urls tag is used to print the URLs. 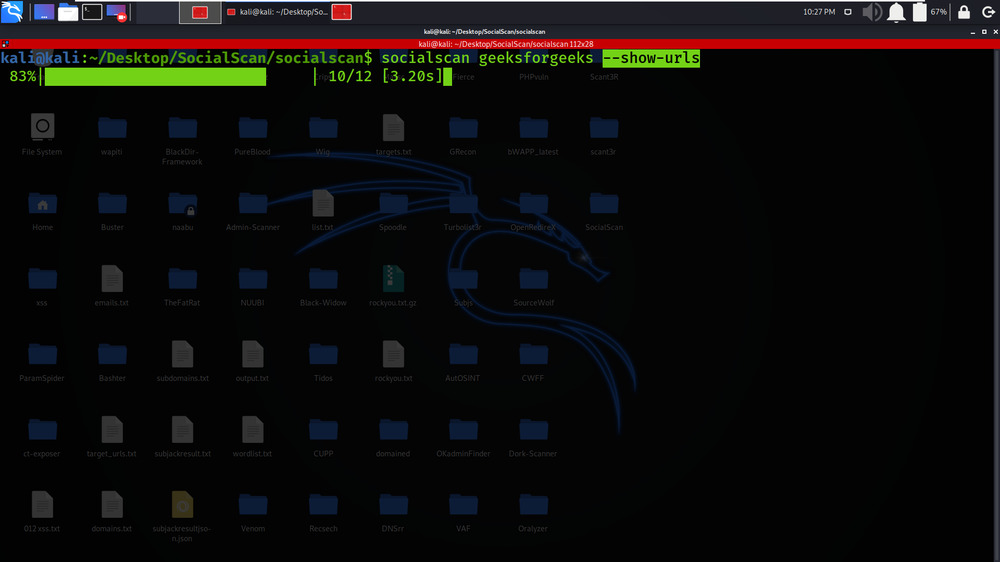 2. In the below Screenshot, We have got the URLs of geeksforgeeks User active in listed platforms. 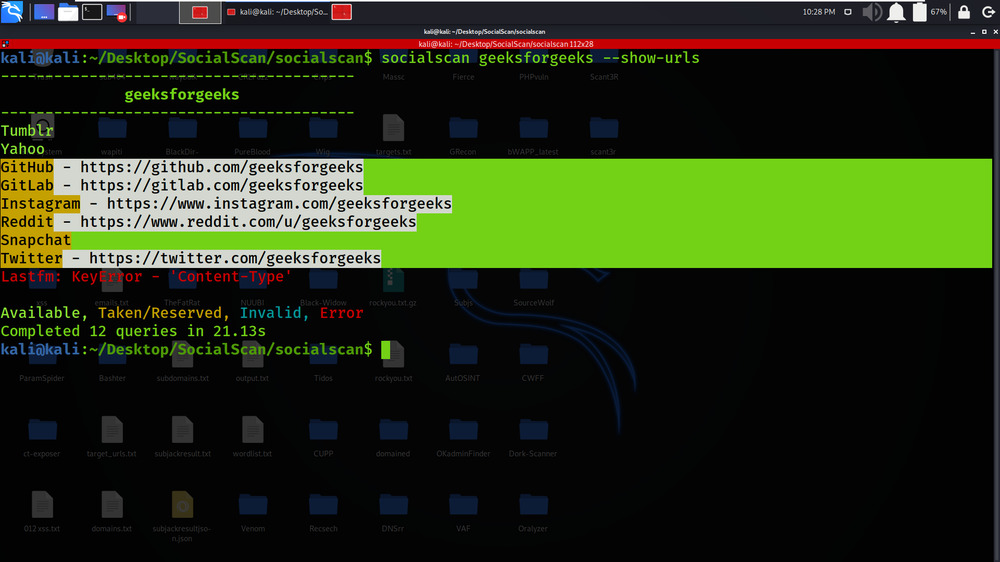 3. In the below Screenshot, We have visited the Twitter profile of geeksforgeeks. 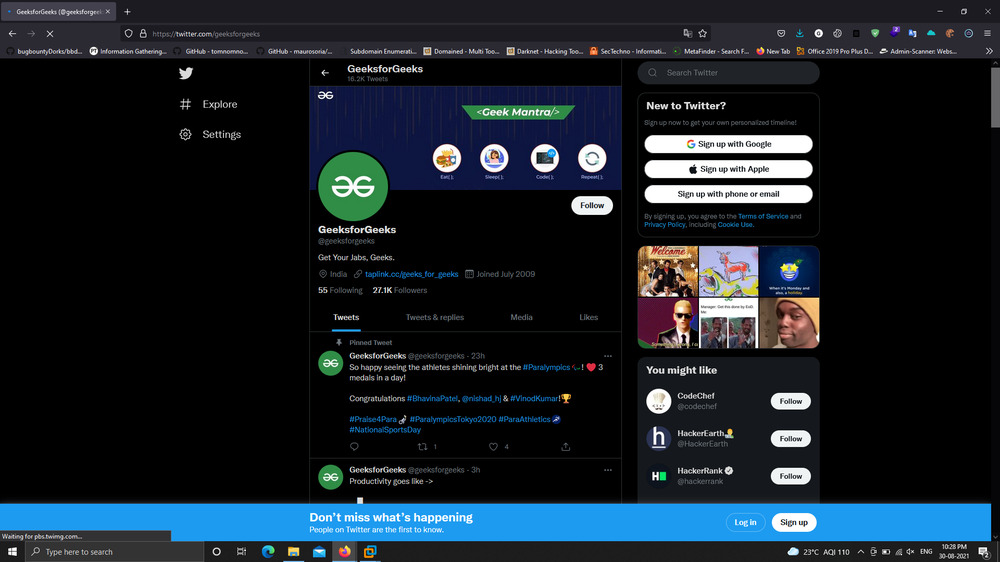 In this example, We are printing the results in a more detailed way. -v is the tag used for verbose mode. 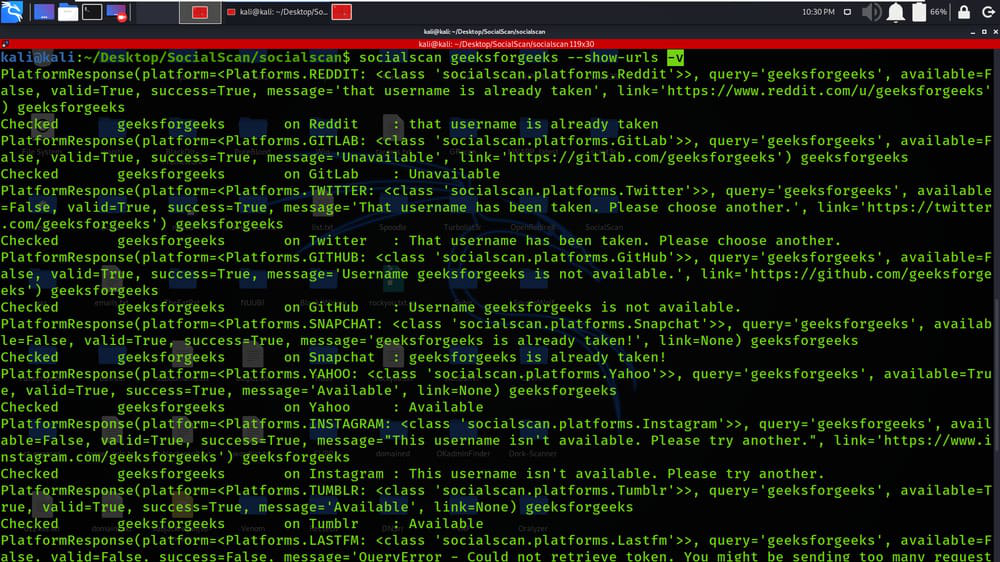