Overview :
Snooping TCP is one of the classical TCP improvement approaches.  This approach is designed to solve the end-to-end semantics loss in I-TCP. The basic concept is to buffer packets close to the mobile node and retransmit them locally if a packet is lost.

Working of Snooping TCP :
Here, we will discuss the working of TCP as follows. 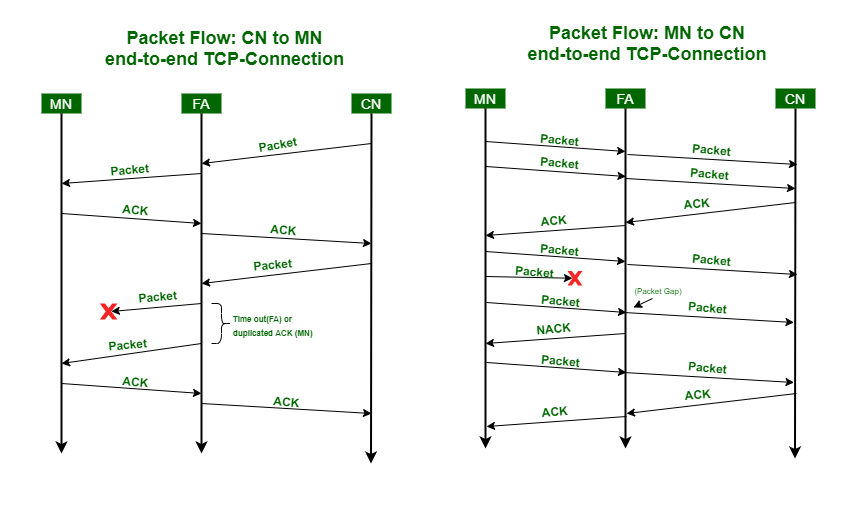 Advantages :
Here, we will discuss the advantages as follows.