In this article, we will learn how to create a Small World Network using Networx module in Python. Before proceeding that let’s first understand some basics about Small World Phenomenon.

How can Small World Networks be formed ?

Watts and Strogatz came up with a model about how to construct Small World Networks. Let there be n nodes, where each node is connected to m nearest neighbors, this is known as Regular Lattice and looks like as shown in the figure below, where n = 10 and m = 4. 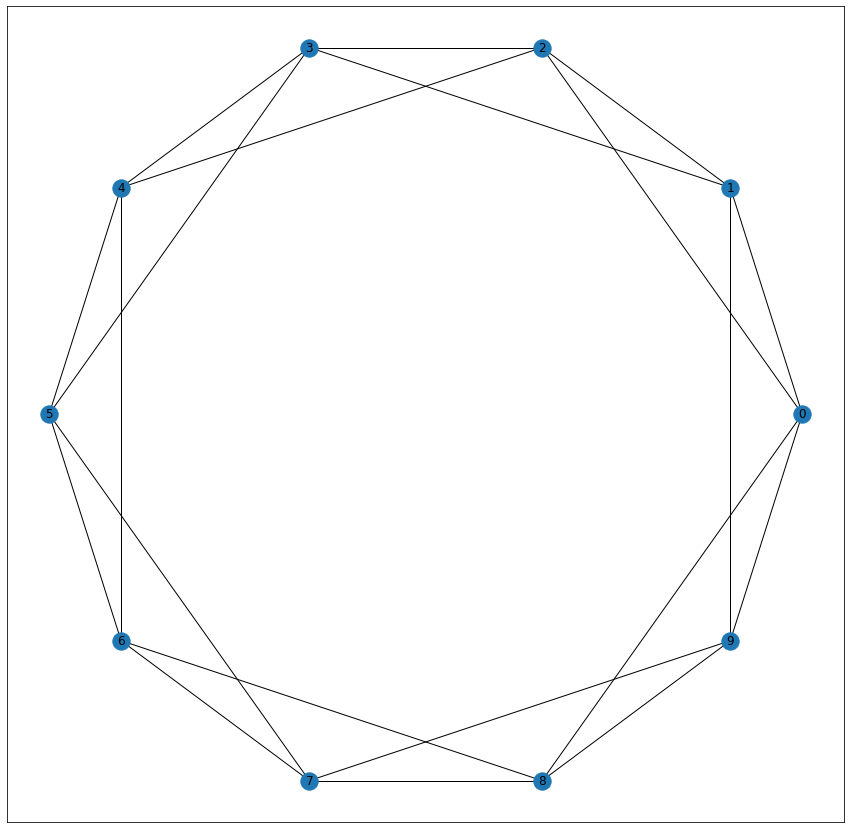 Consider each edge (u, v) and with probability p, select a node w at random and rewire the edge (u, v) so that it becomes (u, w). For p = 0, the Regular Lattice retains its structure and has a high average distance and high clustering. For p = 1, a Random Network is formed with small average distance and low clustering. It looks like the figure shown below, where n = 10, m = 4 and p = 1. 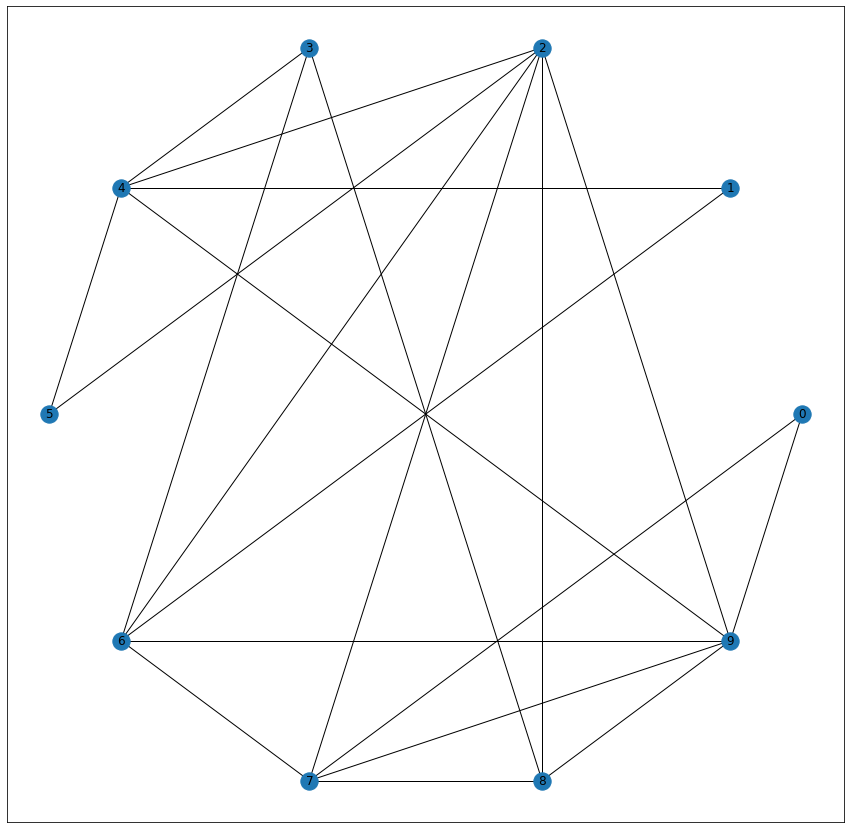 For an intermediate value of p, we would get an ideal Small World Network with small average distance and high clustering.

For Python, we can easily construct a Small World Network using Networkx. 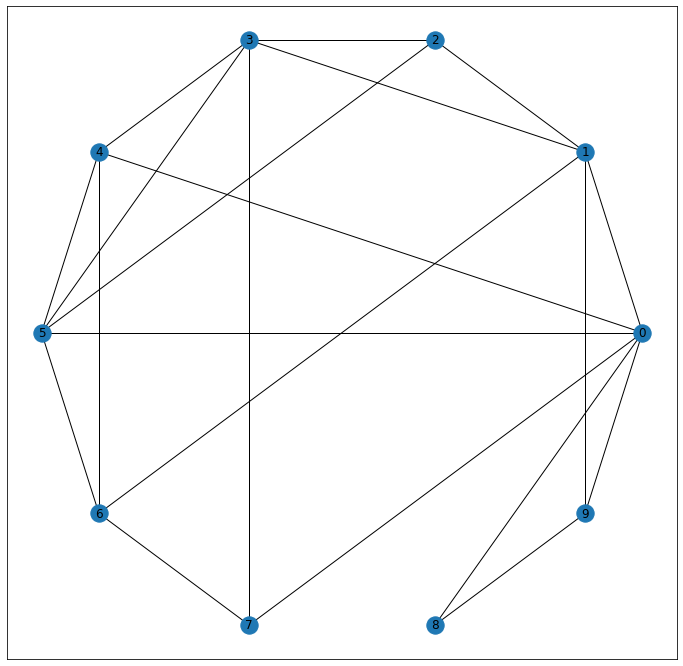 The resultant Small World Network maybe a disconnected Graph. If we wish to get a connected Graph, we can modify line number 4 of the above code as follows:

It runs the original function t times (in this case t = 20) till a connected network is achieved. It will give the following network: 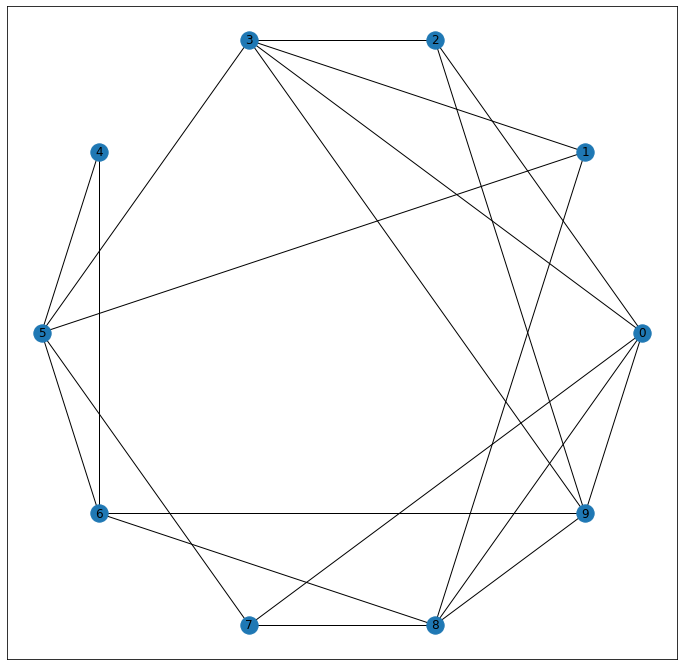 The above code will run a similar model but add new edges with probability p instead of rewiring already existing edges. It will produce the following network: 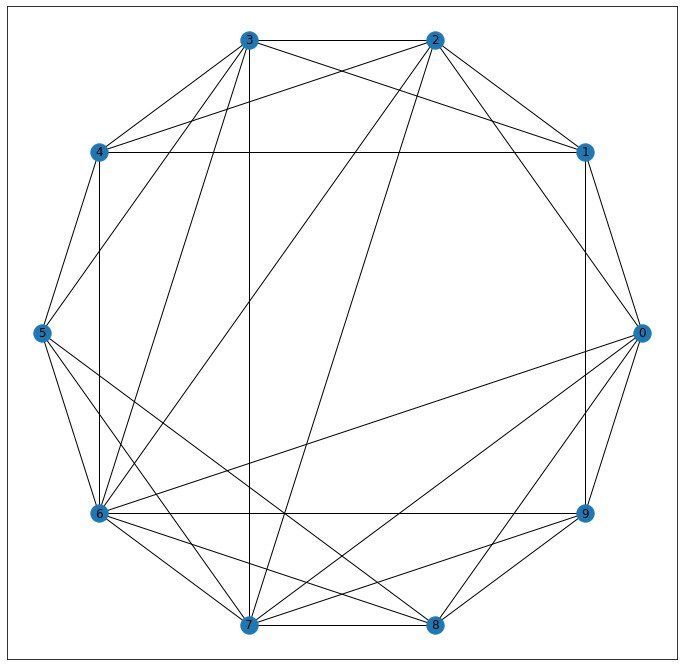