In mathematics, the slope or gradient of a line is a number that describes both the direction X and Y and the steepness of the line. Slope is denoted by ‘m‘. Slope is calculated by finding the ratio of the “vertical change” to the “horizontal change” between any two distinct points on a line. Sometimes the ratio is expressed as a quotient giving the same number for every two distinct points on the same line. 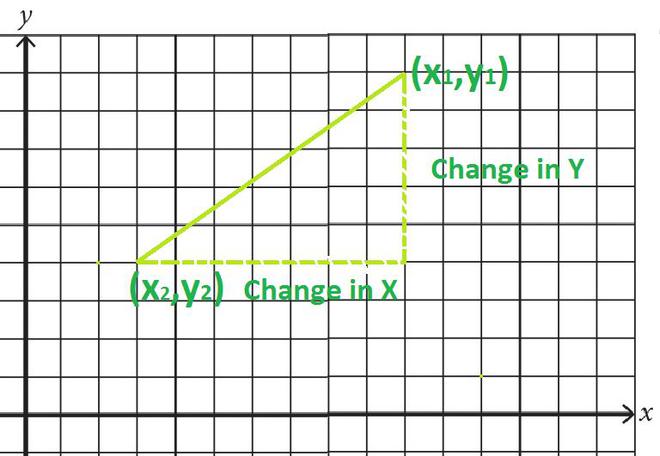 In mathematical language, the slope m of the line is

The slope m of the line is related to its angle of incline θ by the tangent function, m = tan(θ)

The linear equation written in the form as

In the slope-intercept form where:

M is the slope and c is the y-intercept 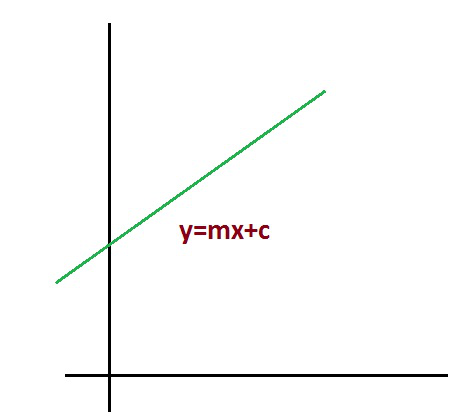 The Coefficients in Slope-Intercept Form

Slope-intercept form’s advantage is that it gives two main features of the line: 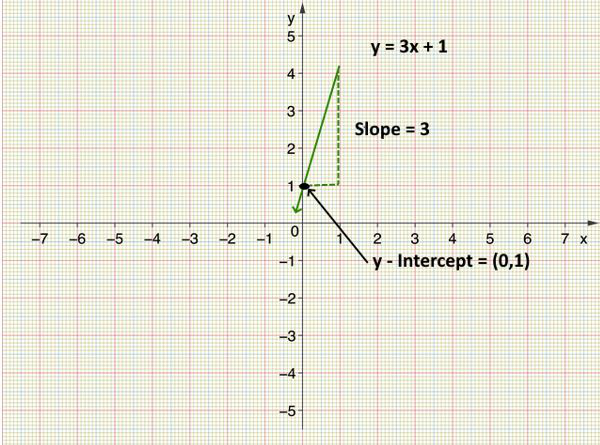 This form gives slope (m) and the y-intercept is the reason why it is called as slope-intercept form.

This equation is useful, when we know one point on the line and the slope of the line (m) and want to get the other points on the line. 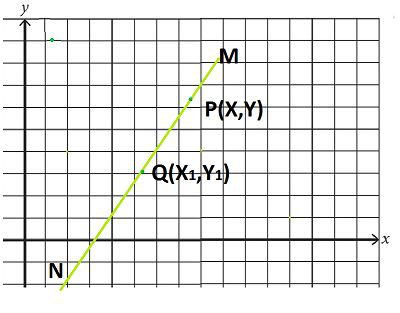 This equation is useful, when we know one point on the line and the slope of the line (m) and want to get the other points on line. 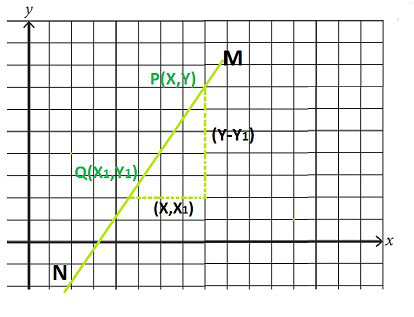 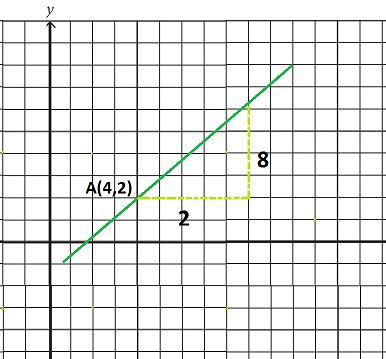 Two-point which is given and goes through two-point, says (x1, y1) and (x2, y2). We call this two-point form of the equation of the line.

And two-point form equation given as

This equation used when there is two point on line. 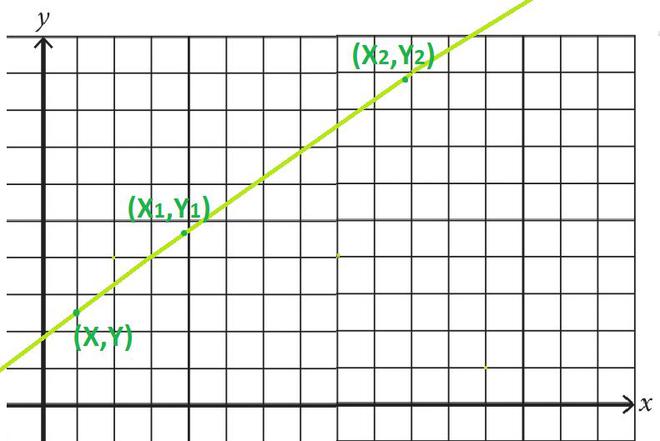 Since point A, B and C lies on same line 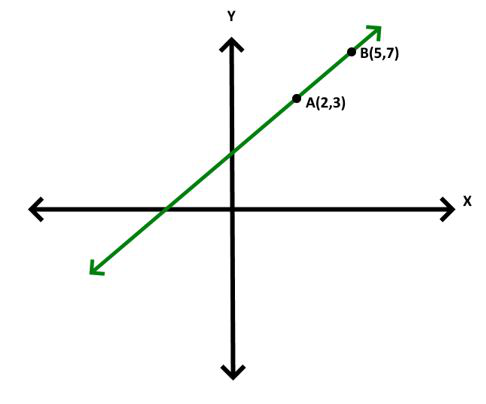 This is known as the normal form of the line.

In case of the general form of the line Ax + By + C = 0 can be represented in normal form as:

From this we can say that

Also, it can be inferred that,

From the general equation of a straight line Ax + By + C = 0, we can conclude the following:

• It can be seen from the above discussion that:

For calculating the slope, the formula is given as:

m is the slope of the line.

x1, x2 are the coordinates of x-axis, and

y1, y2 are the coordinates of y-axis. 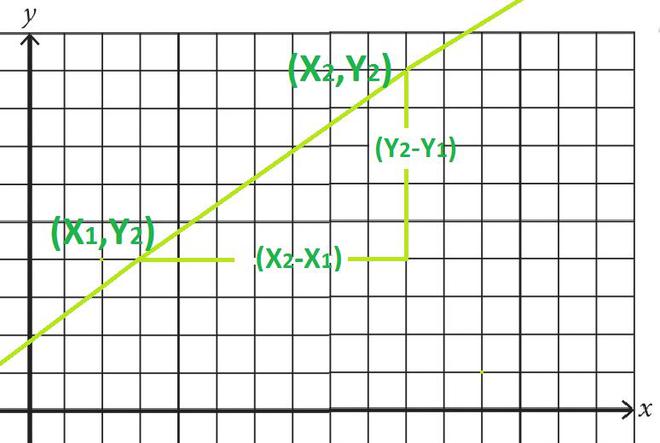 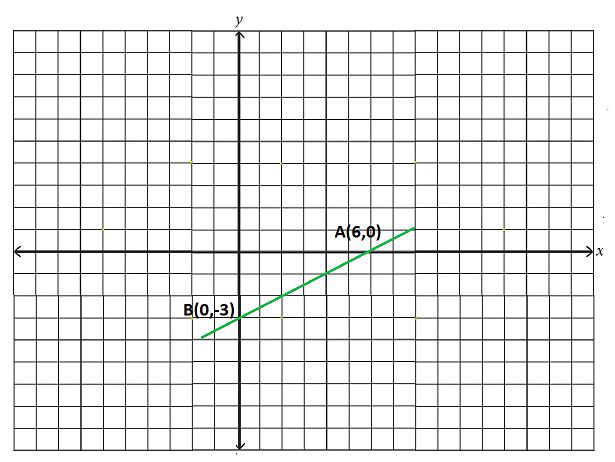 Graphing a Line using given Point and Slope:

Example 2: Graph the line passing through the point (1, -2) and slope m is 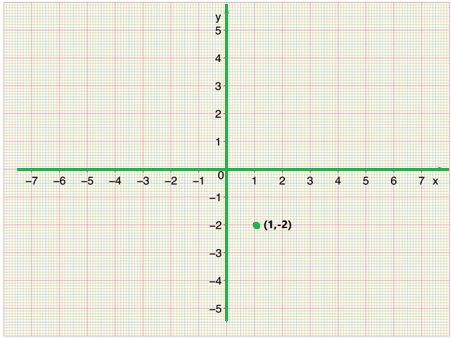 Now, use the slope formula to identify the rise and run

We have given slope m is

Starting at the point we plotted, count out the rise and run to mark the second point. We count 3 units up and 4 unit’s right. 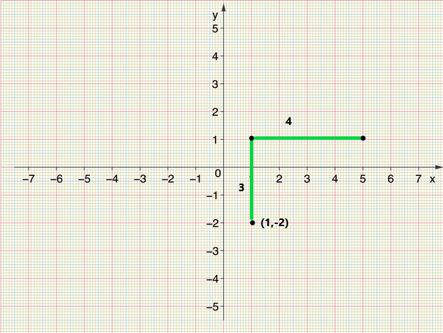 Then we connect the points with a line draw arrow at the ends to show it continues. 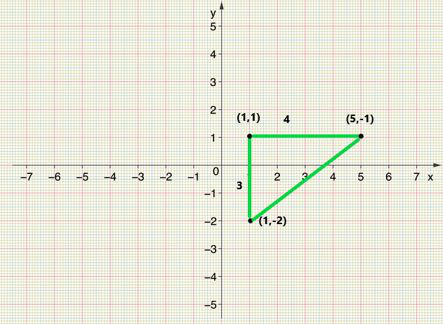 We can check our line by starting at any point and counting up 3 and to the right 4. We should get to another point on the line.

For calculating the slope,

Slope is measure as the steepness of a line.

Change in y and change in x.

Question 4. Find the line passing from coordinates (2,5) and slope of line is 5.