Example: How does sliding friction help you ride a bike?

There is sliding friction between the brake pads and bike rims each time you use your bike’s brakes. This friction slows the rolling wheels so you can stop.

Some more examples of sliding friction can be

The factors affecting sliding friction can be written in points as 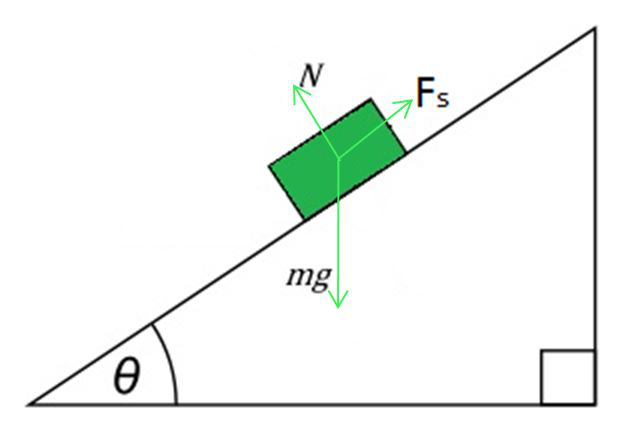 The surface deformation of objects.

Friction exists in liquid and gases also. Friction is less in air or water compared to when sliding against a solid surface like road.

The roughness or smoothness of the surface of the objects.

Smooth surfaces slide over surfaces easily compared to rough ones. When you look at the microscopic scale you can notice the irregularities in the surface which hinder sliding. Thus, more the roughness higher is the friction

The original speed of either object.

The increase in surface temperature leads to gradual flattening of the protrusions, resulting in steady state and higher slide speed at high temperature, which reduce the shear force, reduce the coefficient of friction, and attain low roughness

The size of the object.

The weight of any object is the commonly observed force in the normal direction. So, friction is directly proportional to the weight of an object

Finally, the amount of pressure on either object.

The force in the normal direction (perpendicular to the sliding plane) will increase the interaction between the surface thus increasing the friction. Friction is thus directly proportional to the normal force applied.

The equation for sliding force includes the coefficient of sliding friction times the normal force.

Derivation for Coefficient of friction

Motion on an Inclined Surface 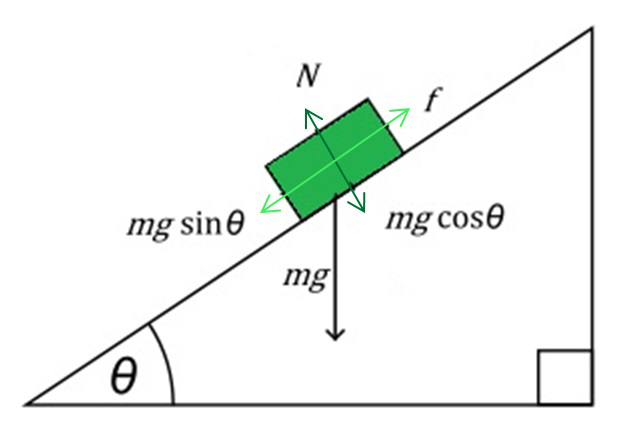 The diagram below shows how the force of gravity has been replaced by two components – a parallel and a perpendicular component of force. 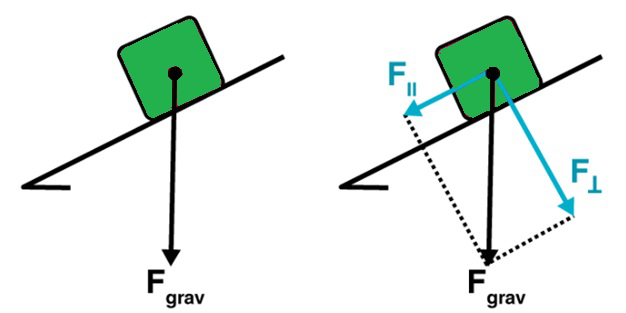 From the figure, we understand that the perpendicular component of the force of gravity is directed in the opposite direction of normal force, balancing the normal force.

Example: Movement of braking motor vehicle tires on a roadway. 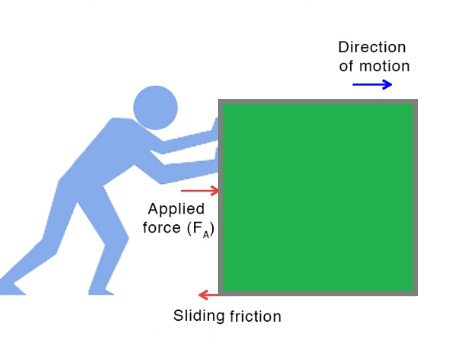 Question 1. The free-body diagram shows the forces acting upon a 100-kg crate that is sliding down an inclined plane. The plane is inclined at an angle of 30 degrees. The coefficient of friction between the crate and the incline is 0.3. Determine the net force and acceleration of the crate. 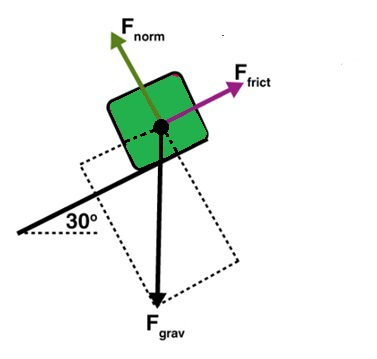 The force of gravity in the given problem can be calculated as:

The components of the force of gravity can be determined as follows:

The value of the frictional force can be determined by multiplying the value of normal force and the coefficient of friction.

The net force is the vector sum of all the forces acting on the body.

The net force can be calculated as follows:

The acceleration is calculated as follows:

So, sliding friction applied on body is 100N.

Question 3. What does sliding friction depend on?

Sliding friction depends only on two variables: the materials in question and the weight of the object.

Question 4: What are some examples of sliding friction?

2. Pushing an object across a surface.

5. A car skidding as it turns a corner.

7. Almost any motion where there is contact between an object and a surface.

Although it may seem counterintuitive, the coefficient of sliding friction is independent of the area of the surfaces in contact, provided the normal force is constant. This holds only when the surfaces are hard and not lubricated.

Question 6. Which is less sliding friction or static friction?