1. Single Pass Compiler:
If we combine or group all the phases of compiler design in a single module known as single pass compiler. 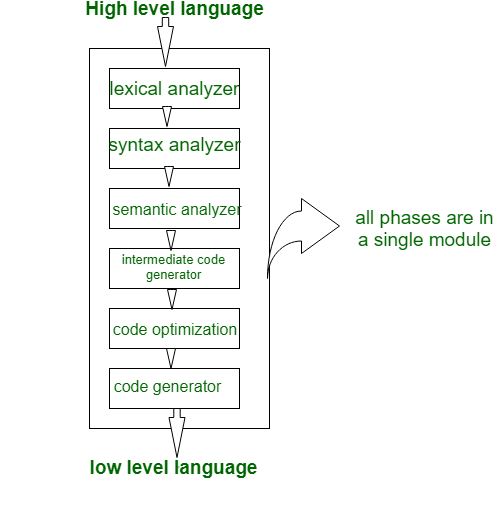 In above diagram there are all 6 phases are grouped in a single module, some points of single pass compiler is as:

2. Two Pass compiler or Multi Pass compiler:
A Two pass/multi-pass Compiler is a type of compiler that processes the source code or abstract syntax tree of a program multiple times. In multipass Compiler we divide phases in two pass as: 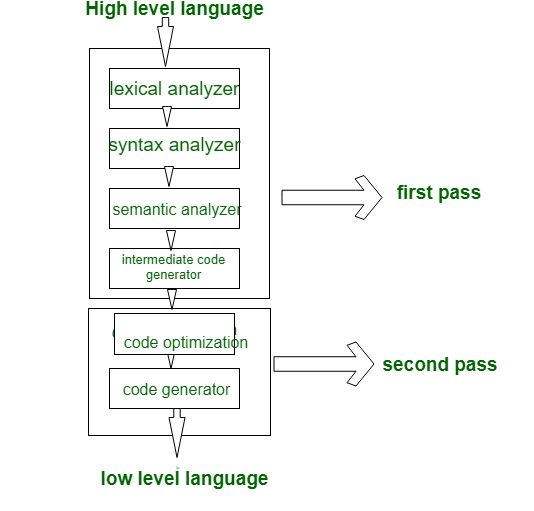 With multi-pass Compiler we can solve these 2 basic problems: