Similarities and Difference between Java and C++

1. Execution: At compile-time, Java source code or .java file is converted into bytecode or .class file. At runtime, JVM (Java Virtual Machine) will load the .class   file and will convert it to machine code with the help of an interpreter. After compilation of method calls (using Just-In-Time (JIT) compiler), JVM will execute the optimized code. So Java is both compiled as well as an interpreted language.
On the other hand, C++ executes the code by using only a compiler. The C++ compiler compiles and converts the source code into the machine code. That’s why C++ is faster than Java but not platform-independent.

Below is the illustration of how Java and C++ codes are executed:

Execution of a Java Code 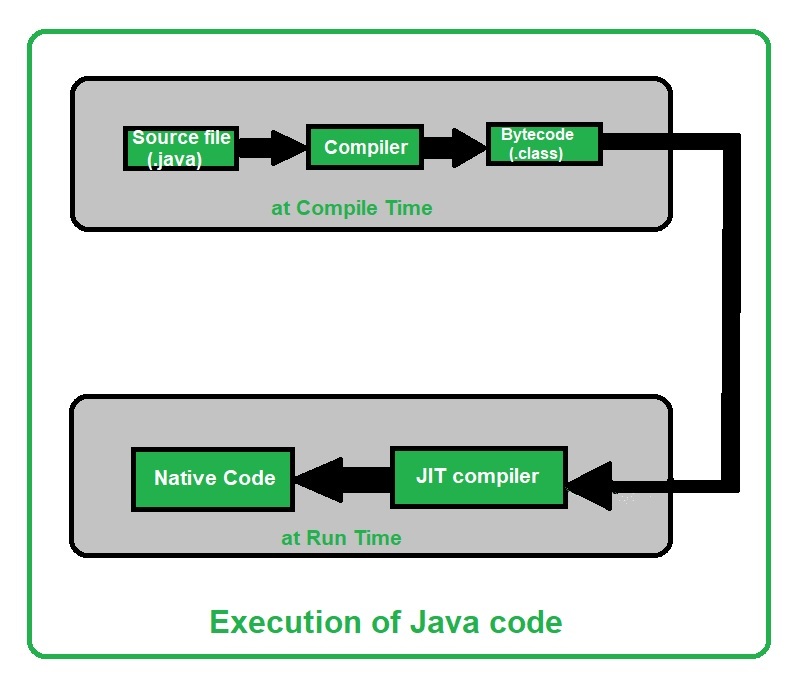 Execution of a C++ Code 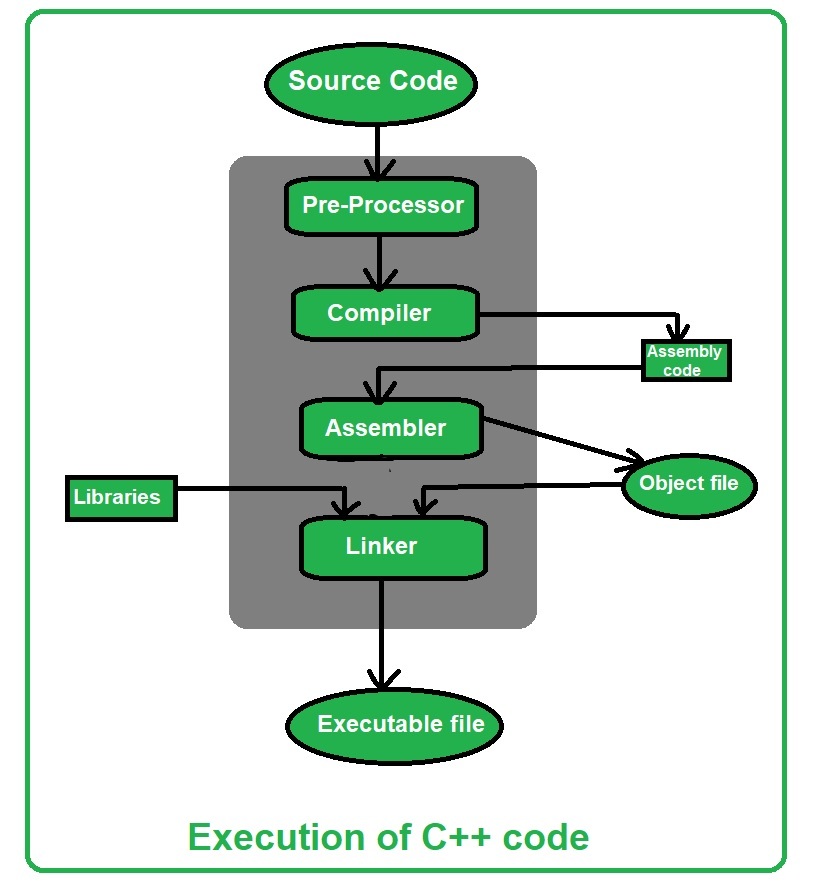 2. Features: C++ and Java both have several Object Oriented programming features which provide many useful programming functionalities. Some features are supported by one and some by the other. Even though both languages use the concept of OOPs, neither can be termed as 100% object-oriented languages. Java uses primitive data types and thus cannot be termed as 100% Object-Oriented Language. C++ uses some data types similar to primitive ones and can implement methods without using any data type. And thus, it is also deprived of the 100% Object-Oriented title.
Below is the table which shows the features supported and not supported by both the programming languages:

Differences between Java and C++: