Overall behavior of a system can be fully understood by Behavioral model.

Behavioral Model is specially designed to make us understand behavior and factors that influence behavior of a System. Behavior of a system is explained and represented with the help of a diagram. This diagram is known as State Transition Diagram. It is a collection of states and events. It usually describes overall states that a system can have and events which are responsible for a change in state of a system.

So, on some occurrence of a particular event, an action is taken and what action needs to be taken is represented by State Transition Diagram.

Example :
Consider an Elevator. This elevator is for n number of floors and has n number of buttons one for each floor.
Elevator’s working can be explained as follows :

State Transition Diagram for an elevator system is shown below – 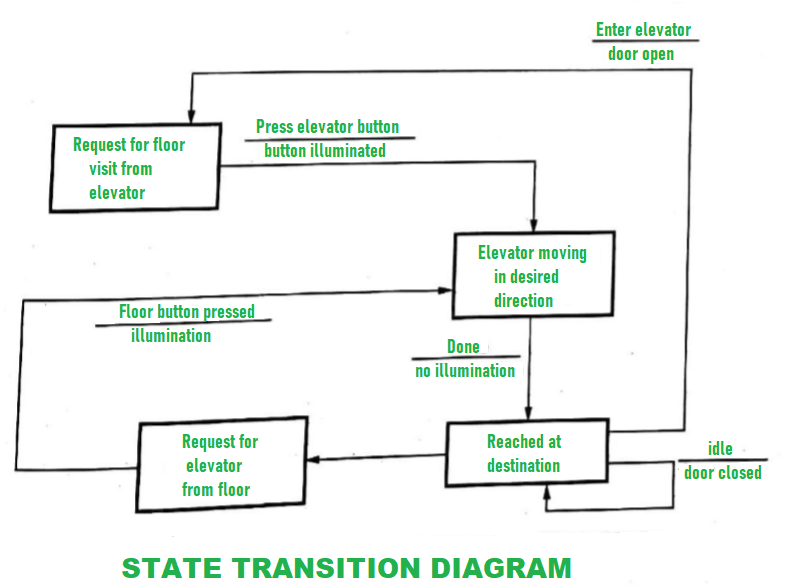