Bathtub Curve is generally graph that is used to graphically demonstrate run-to-failure maintenance strategy. This curve simply represents overall life cycle of assets and failure rate of overall population of assets over time. Bathtub curve is usually considered to be one of most useful and essential graphical representations of reliability of assets.

Assets are usually equipment, components, or parts of equipment, etc. With help of such graph, one can determine and predict when failure usually happens and then identify root causes. After identifying root causes, one can prevent failure from occurrence by simply fixing root causes. It is being named bathtub curve simply because curve resembles longitudinal section of bathtub. 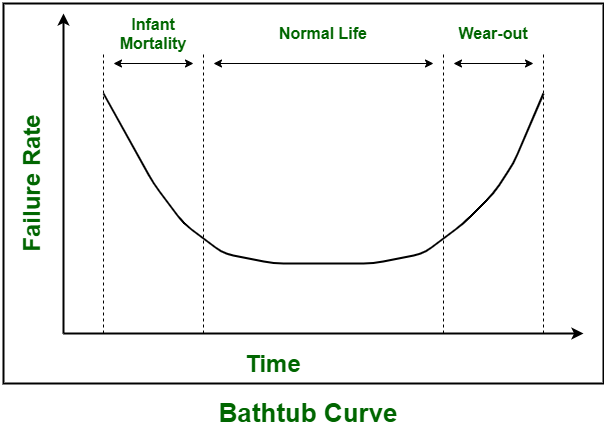