A shell is an interface that helps users to connect with the system. Using a shell is equivalent to indirectly communicating with the operating system. In Linux distributed systems, each time we use a terminal, we connect with a shell. The job of a shell is to analyze Unix commands or instructions given by the user. This process involves taking commands from the user and converting them into a form that the kernel can easily understand. In simple words, it acts as a medium between the user and the kernel of the operating system. The kernel is the most crucial part of a computer’s operating system.

In order to understand variable substitution, let us first discuss substitution in shell scripts. Substitution is a functionality by following which we can instruct the shell to substitute the actual value of an expression.

There are some sequences of characters that don’t represent their true nature but they have special meaning to the operating system and these sequences are known as escape sequences. When they are used in a command, they are replaced by actual values.

The working of these expressions has been discussed in detail in the below script: 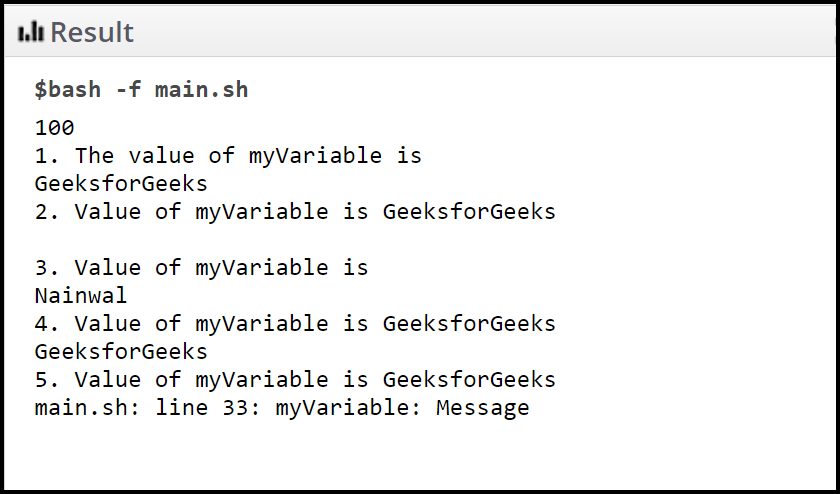