There are certain expressions that convey special meanings. In other words, they are not what they look like. A shell carries out substitution whenever it encounters such expressions. Hence, substitution is defined as a mechanism carried out by a shell in which it substitutes the value of an expression with its actual value.

An escape sequence is a group of character(s) that does not represent its actual value when it is used as a string literal. Some of the escape sequences are listed below:

Shell substitutes an escape sequence with its actual value.

The shell allows us to manipulate the value of a variable based upon its initialization status.

These expressions are demonstrated in the below shell script.

To understand it in a better way, let us consider an example. The seq command in Linux is used to print numbers from START to END in steps of INCREMENT.

Prints numbers from START to END each in the new line by the difference of INCREMENT. 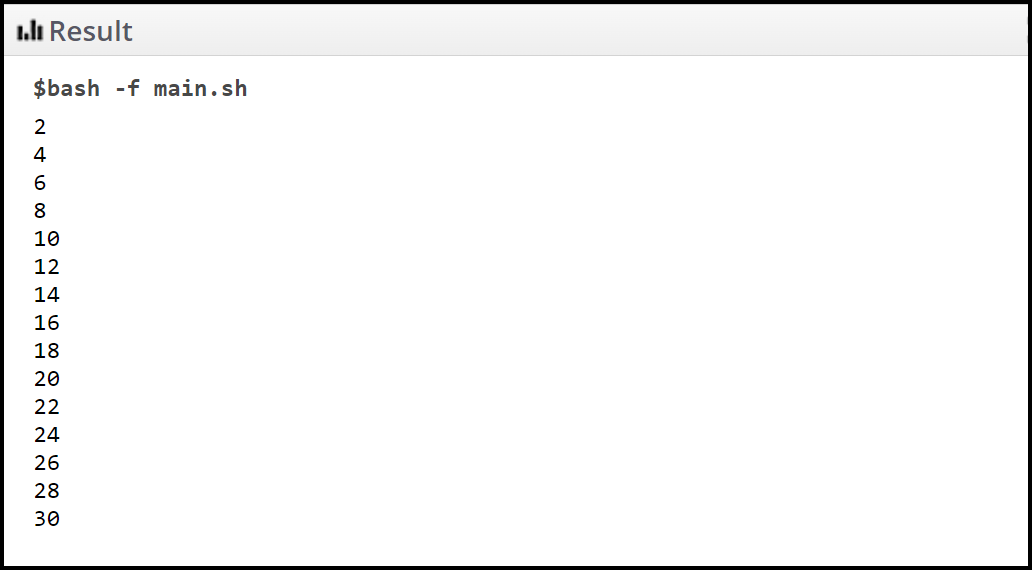 We can use the output of the above command as a new command. Consider the below script,